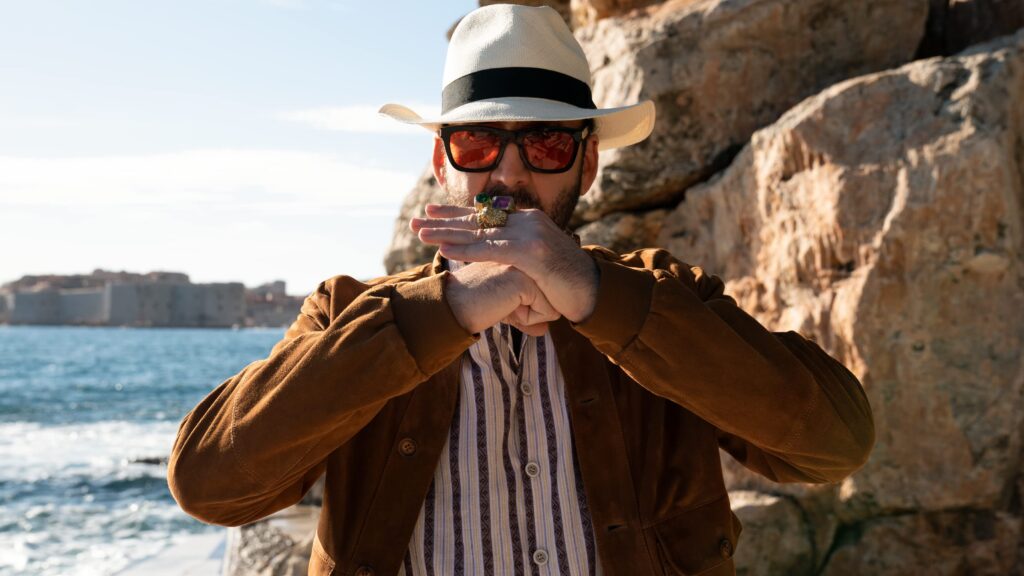 Aging actor Nicholas Cage (Nicolas Cage) has made a career out of quirky roles, jumping from Oscar winning dramas to AAA action films to intense character studies with aplomb.  Every time he thinks he’s seen his best days go by something new comes along to revive his career.  This time opportunity knocks when he gets an offer to spend a few days in paradise with one of his top fans, just being himself.  Unfortunately that fan, Javi (Pedro Pascal), just happens to be under surveillance by the CIA and is suspected of kidnapping a political rival’s young daughter. Cage is recruited by the CIA to help figure out if and where Javi has the girl hidden and help bring her home alive. Cage is having family troubles of his own so he can relate and reluctantly agrees.
Cage and Javi’s awkward bromance accelerates when Javi...
Click to expand...

Thanks for the review. I rented this one a while back after missing it in theaters. I liked it, but I really wanted to love it. I think the problem is that they didn't go crazy enough with it.

I agree with this perceptive review. Sam Posten writes: "....other parts of it just don’t work at all. His fake family is blah and the family issues are trite and unrelatable. Tiffany Haddish and Ike Barinholtz don’t get enough to do as CIA agents. And Neil Patrick Harris is barely more than a cameo."

But in contrast to Adam L. above, for me it wasn't that they didn't go crazy enough, it's that they went too crazy. I didn't for a minute in the movie believe that the "Nick Cage" created for the movie had much of anything at all in common with the real-life Nicholas Cage. In interviews, Cage himself confirmed that the guy in the movie wasn't much like him. To me it would have been more compelling if they'd put a dash more of the "real" into it, but that's often one of my issues with movies.

Still, I liked the movie okay, and it was a diverting if so-so action comedy.

After all these years, however, I'm still trying to wrap my mind around what the 5-star scale for movie ratings really means. The review above gives this movie 2.5 out of 5, which is 50%, which is an F. I'd give the movie more of a B-, which might be 4 out of 5 stars (80%)? But maybe these two types of scales don't really correlate that closely?
Last edited: Aug 11, 2022

Correct the scales are independent.
B

This is a movie I wish would get a directors cut with more of the inner Nicky scenes added back in!

I liked the film. I thought the plot was a bit of a mess, but Cage was entertaining, as was the references to his films.
You must log in or register to reply here.

The Unbearable Weight of Massive Talent (2022)
2