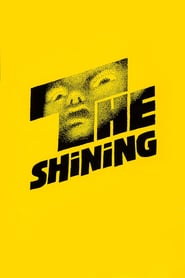 
Tagline: He came as the caretaker, but this hotel had its own guardians - who'd been there a long time

Plot: Jack Torrance accepts a caretaker job at the Overlook Hotel, where he, along with his wife Wendy and their son Danny, must live isolated from the rest of the world for the winter. But they aren't prepared for the madness that lurks within.
Is there a DVD of the original "Shining" starring Jack Nicholson that is not in the 4:3 aspect? I hae checked occasionally, but have found no widescreen versions.

Long story, but chock it up to the director's approved version being 4:3 and not widescreen. Perhaps there have been widescreen releases on other regions, but I think Region 1/North America has always been 4:3.


Yeah, I know it might seem lame to respond to a 12-year-old post, but I just wanted to put that info out there in case anyone happened upon the thread and didn't realize the then-correct comments were outdated!

I looked for a better shining thread and couldnt find one to bump that wasn't already in the archives. =)

Exactly one century ago today: I got this film on UHD, and watched it for the first time in a while. The scene with Jack threatening Wendy with the bat on the stairs is the highlight of the film. Danny Lloyd was damn good for his age too. It felt long to me with this most recent viewing.
Movie information in first post provided by The Movie Database
You must log in or register to reply here.