The Movies of Michael Curtiz (1 Viewer)

For the past couple of months I've been listening to an excellent biography of director Michael Curtiz by Alan K. Rode, which is wonderfully read by Grover Gardner. It's a huge book, more than 25 hours long, but since the Hungarian-born Curtiz directed more than 80 films in Hollywood, from the late 1920s until 1960, there's plenty to talk about. Rode keeps his focus on the films, and has truly insightful observations and inside stories about almost all of them.

Curtiz is also known for the amusing way he often mangled English. David Niven titled his autobiography "Bring on the Empty Horses," which is something that Curtiz said during the filming of The Charge of the Light Brigade (1936). Others things Curtiz reportedly said include...

"The next time I send an idiot for something, I go myself.”

“Don’t talk to me while I’m interrupting.”

“It’s dull from beginning to end, but loaded with entertainment.”

"So many times I have a speech ready, but no dice. Always a bridesmaid and never a mother."

Curtiz malapropisms like this are sprinkled throughout the book. Curtiz worked himself and his crews very hard, and could unfortunately be verbally abusive at times. Meanwhile his frequent producer Hal Wallis, and his boss Jack Warner, were sending him constant memos, trying to micromanage Curtiz and make him skip the "extras" in order to make whatever movie was in production for less money. But then when these Curtiz movies were often big hits with audiences, while also winning critical acclaim and awards, Wallis and Warner would claim as much credit for them as they could.

Unlike an auteur director, like Hitchcock or Spielberg, Curtiz only rarely got to choose his own team and select his projects. Usually the studio would tell him to direct something, and almost always he would do it, often turning second-rate material into a solid movie.

There are still many Curtiz movies I haven't seen, but I've enjoyed all of the following movies, most of which have been released through Warner Archive (except for the last two): The Adventures of Robin Hood, Angels with Dirty Faces, Dodge City, The Private Lives of Elizabeth and Essex, The Sea Wolf, Captain of the Clouds, Yankee Doodle Dandy, Mildred Pierce, Romance on the High Seas, My Dream is Yours, Young Man with a Horn, White Christmas, and The Egyptian.

Anyone else have any favorite Curtiz movies beyond Casablanca? I can see why Spielberg has been an admirer of his work since the 1970s. Which Curtiz movies not yet on blu-ray would you like to see released? 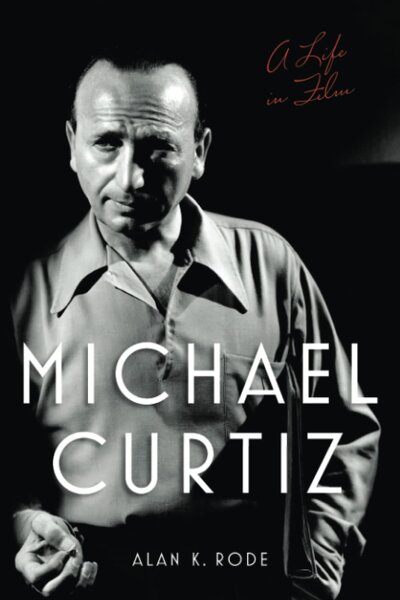 One of the best directors ever. Dodge City one of my favorites among many.

A favorite of William Friedkin, when Friedkin talks about "real directors" this is the guy he brings up for the variety of the projects he did, always making them quickly, and always turning out a high quality picture.

He's up there with the best directors. I have that book too and it is excellent. Alan K. Rote is a member here and has posted a couple of times. He was the one that alerted us that "Arsenic and Old Lace" was coming to Blu-ray in the near future.

Some of my favorite Curtiz movies not yet on Blu-ray: