Plot: The sequel to Captain Marvel (2019).
Megan McDonnell, one of the writers on the Disney+ series "WandaVision", is in final talks to write the screenplay for the Captain Marvel sequel. Anna Boden and Ryan Fleck are not being invited back for the sequel, though Marvel is in talks with them about other projects. The sequel will be set post-Endgame.

Glad to hear there is movement on this. Surprised Boden and Fleck won’t be back. I thought they did a great job. They made a $1B+ film, why not have them back?

Good to hear the news.

Wandavision is shaping up to be a super-consequential MCU series, with its lead-in to Dr Strange & the Multiverse of Madness as well as potentially Captain Marvel 2 (since Monica Rambeau is in WV and was in CM).

Deadline and Variety (which are technically from the same parent company) are both reporting this but didn't say anything about Boden and Fleck not being invited back. It just says that McDonnell is writing, but doesn't mention who is being eyed to direct. Where did you see that Boden and Fleck are not coming back, @Adam Lenhardt?

Edit: Just saw that THR is reporting on Boden and Fleck's exit.

Although I liked the first movie, I thought the stakes of it were often unclear. They threw us into the middle of an outer space war without giving us context for the world we were entering, and thought we would just be able to go along with it. Meanwhile, they put us ahead of the main character by showing us her Earth flashbacks, which we did have context for even though she didn't. To be fair, the film also had a lot on its plate because it had to work as both an origin story and table-setting for Endgame, and that must have been very difficult. The movie still worked more often than it didn't, largely because of the chemistry between Larson and Jackson. But the movie overall could have been a lot cleaner, more focused and specific.

Since they are going to change directors, I think there exists an opportunity to find someone with a very distinctive vision who will elevate the next film in the way that the Russos did when they took over Captain America from Joe Johnston. I don't know who that person is necessarily, but I hope Kevin Feige does. If they want to work with someone they already know, they might consider Cate Shortland. Because Natasha is dead, it would appear that Black Widow is unlikely to get a sequel, so moving her to Captain Marvel would allow them to continue working with Shortland on another female-driven title. Or they could bring in someone from the outside. I assume they are going to want a female director on this.

Also, speaking of the chemistry between Larson and Jackson, I assume that leaving Fury where they did in the end of Far From Home is about making him available to appear in the sequel to this film.

Deadline says Nia DaCosta has been hired to direct Capitan Marvel 2. Disney and Marvel would not comment, but Deadline seems fairly certain.

She is the director of the upcoming Candyman remake. 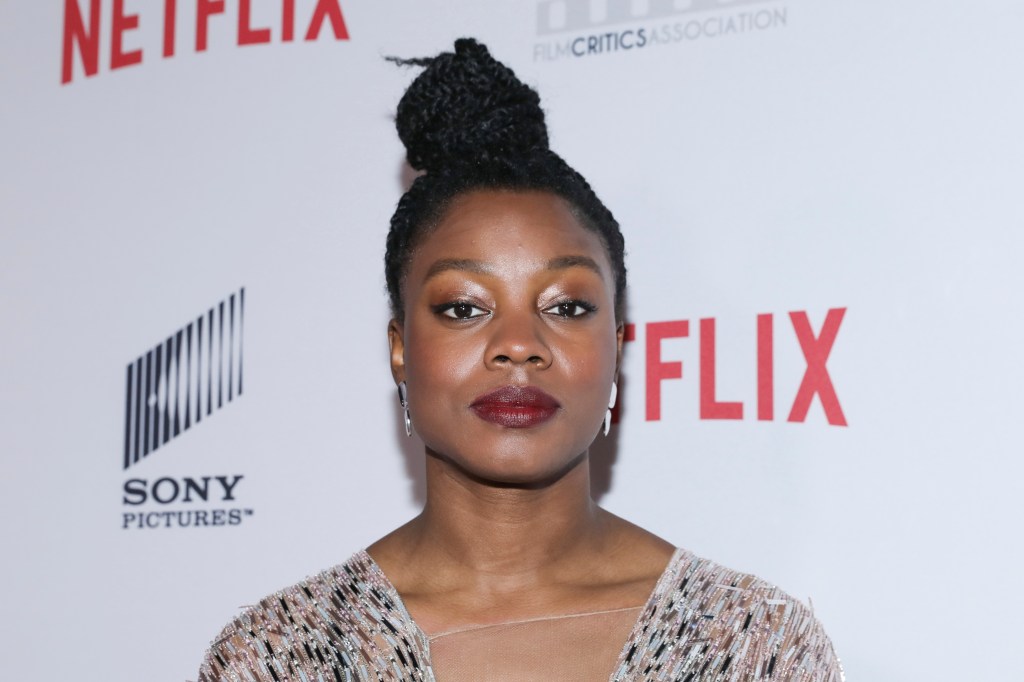 EXCLUSIVE: In what is sure to be one of the bigger directing jobs to be taken off the table in recent months, we are hearing that Nia DaCosta, who directed the anticipated reboot of Candyman, has b…


Variety said:
The “Captain Marvel 2” director’s chair was highly sought-after, even amid uncertainty about how tentpole productions with major stunts and massive crews can operate in a pre-vaccine COVID-19 world. Variety has learned that among the other directors approached for consideration were Olivia Wilde (“Booksmart”) and Jamie Babbit (“But I’m a Cheerleader,” “Russian Doll.”)
Click to expand... 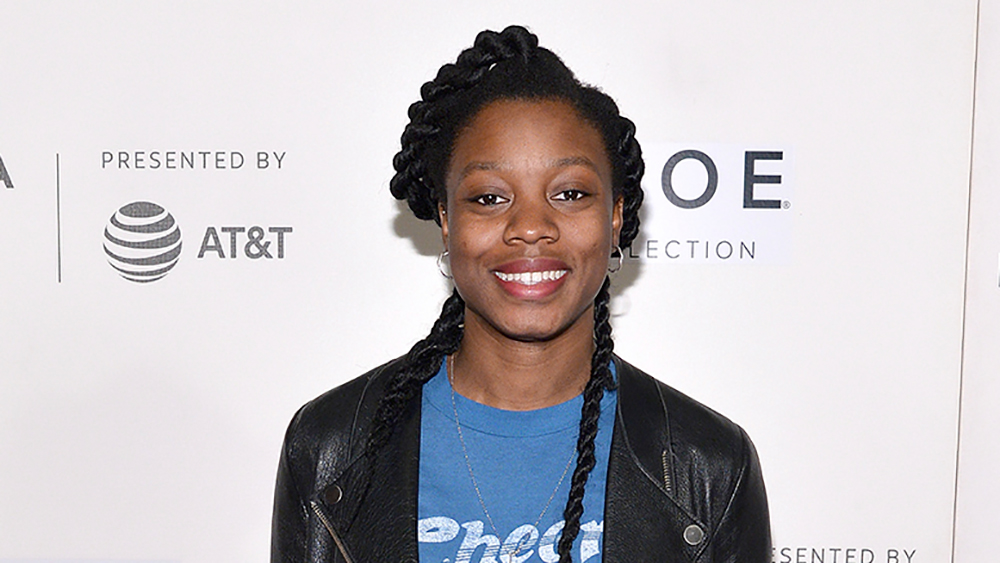 If I were a betting man, I would be willing to bet that we won't see this until 2023 sometime. It's currently slated for July 2022, but I fully expect Disney to do the same thing with the MCU slate that they did earlier this year when Black Widow was delayed the first time and just slide all of their films back further.

In regards to how production can operate pre-vaccine, I don't think there is any. need for it to do so because once they delay the existing or nearly completed films again, that stuff will keep us occupied before production ramps back up.
Last edited: Aug 5, 2020

She seems like an interesting choice. I’m getting the feeling already that she’ll bring a visual style and creative edge that the original film was lacking.

Nia did this short with puppets as a sort of trailer for her Candyman film, and it says to me that she can certainly bring something interesting to the film.

Of the three names mentioned in that article, DaCosta seems like the best fit. I'm a fan of Jamie Babbit, but her work tends to be leisurely paced and quirky. I liked but didn't love Booksmart, so I'd want to see more from Wilde before seeing her take on such a huge project.

DaCosta both wrote and directed her feature film debut, Little Woods, which is 96 percent fresh on Rotten Tomatoes. She made it for $11 million, so Marvel knows that she can bring in a film on time and on budget. She had a number of name actors in her cast including a couple (Tessa Thompson and James Badge Dale) that Marvel Studios had worked with in the past. It's a genre-bending movie -- part crime thriller, part neo-Western, part character drama -- so Marvel knows that she knows how to juggle tone.

If I were a betting man, I would be willing to bet that we won't see this until 2023 sometime. It's currently slated for July 2022, but I fully expect Disney to do the same thing with the MCU slate that they did earlier this year when Black Widow was delayed the first time and just slide all of their films back further.
Click to expand...

I definitely wouldn't bet against the release date being pushed back, but if it happens I don't think it will happen until after the movie's begun prinicipal photography. As production slowly ramps up again, there's going to be a huge backlog of projects that piled up during the shutdown. Marvel will want to lock in its actors to a concrete window before something else comes along and snaps them up.

Look what happened with the third Spider-Man movie; the shutdown gobbled up their production window, and now Tom Holland is committed to shooting Uncharted first, and Zendaya has the second season of "Euphoria" in first position.

That being said, I wouldn't be surprised if the scenes that require the actors to be in close physical proximity to one another get delayed until reshoots after a vaccine is available. Either that, or the production operates in a bubble and the actors are kept in quarantine when they're not on set. The film, directed by Nia DaCosta, will hit theaters November 11, 2022.

Brie Larson is reprising the title role. She will be joined by Teyonah Parris, who is introduced as the grown-up Monica Rambeau in "WandaVision", and Iman Vellani, who stars in the title role in "Ms. Marvel".

That's good news, even if it's not terribly surprising. I have high expectations for this one. The first movie was often unclear and could have been better, but they had the casting exactly right. Hopefully they are able to kick the storytelling up a notch this time to match.

Zawe Ashton has been cast as the villain: 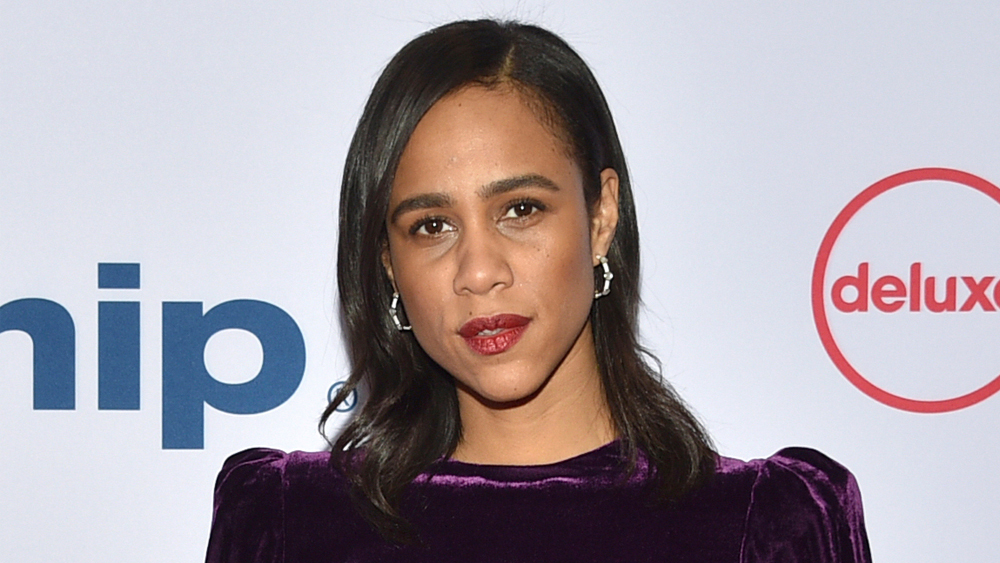 EXCLUSIVE: As pre-production ramps up on Captain Marvel 2, Brie Larson looks to have found her next co-star she will square off against as sources tell Deadline, Velvet Buzzsaw’s Zawe Ashton …

Jake Lipson said:
Zawe Ashton has been cast as the villain:

EXCLUSIVE: As pre-production ramps up on Captain Marvel 2, Brie Larson looks to have found her next co-star she will square off against as sources tell Deadline, Velvet Buzzsaw’s Zawe Ashton …

A great antagonist in the Captain Marvel comics is Rogue (of X-Men). Don't know if that's who Ashton is playing, but it would be the proverbial kryptonite for Cap Marvel (since Rogue can drain her powers) as well as broadening the X-Men presence.

Joe Wong said:
A great antagonist in the Captain Marvel comics is Rogue (of X-Men).
Click to expand...

Obviously I don't know and have no insider information, but I would be surprised if they did that this soon after Fox's X-Men finished their run.

Assuming that the sequel leans heavily into the outer space elements, as the post-credits scene of Far From Home seemed to hint, my guess is Deathbird. Marvel got the rights to the character back when Disney bought Fox's entertainment assets.

Jake Lipson said:
Obviously I don't know and have no insider information, but I would be surprised if they did that this soon after Fox's X-Men finished their run.
Click to expand...

I expected Disney/Feige to take their time to intro the X-Men as well, for the reason you cited, and especially as the movies and TV series have been mapped out through the end of 2022 (at the very least).


But they're already dropping hints, within Wandavision no less, that mutations could be happening (with Monica Rambeau's lab results, for example). Evan Peters as Quicksilver is another link/hint, even though we don't yet know how and why he's in Westview).

So while I don't expect a film focused fully on the X-Men film till 2023 or later, they can pave the way via these strategically-placed nuggets.
Last edited: Feb 13, 2021

I don't expect a full-on X-Men movie for a while, but if they can find places to use individual X-Men characters in other films, I don't see any issue with that.

Based on the following MCU "trailer", the sequel's title is "The Marvels".

Title change! The movie will now be called The Marvels, and is set for Nov. 11, 2022. It will star Brie Larson, Teyonah Parris, and Iman Vellani. 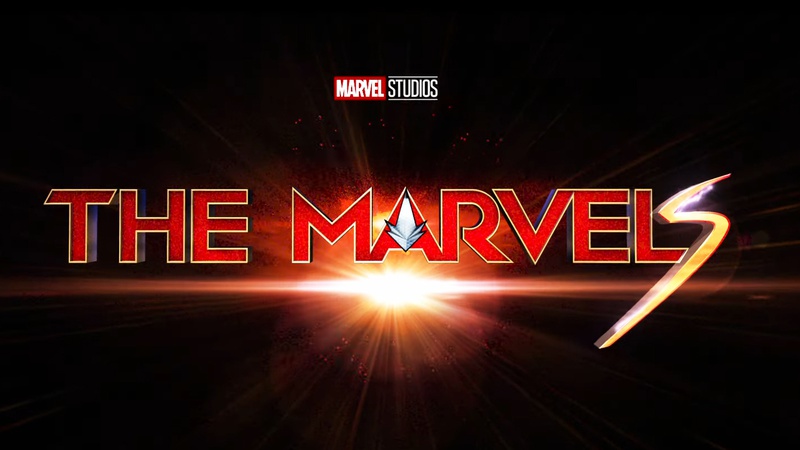 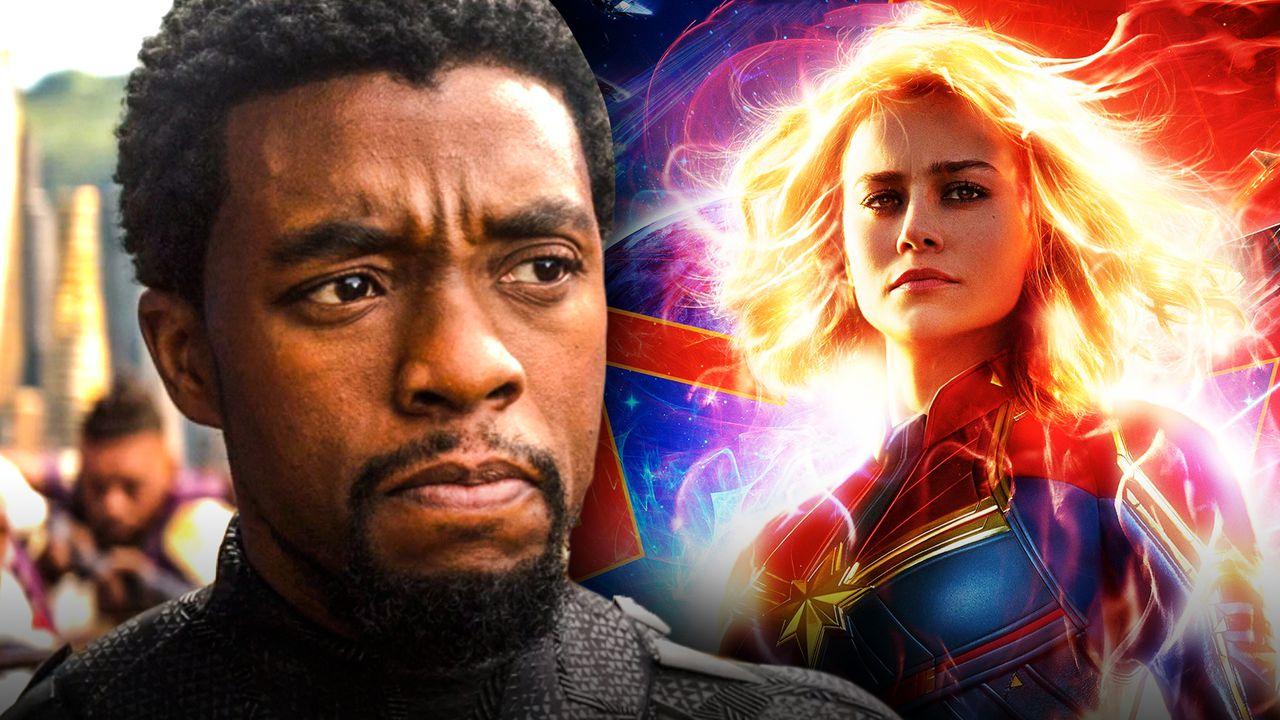 The official titles for the sequels to Black Panther and Captain Marvel have been announced by Marvel Studios.

I get that they're trying to include Carol and Ms. Marvel and perhaps even Monica as the title characters, but I've got to admit that when I first saw the title of this thread change, I was confused. It took me a second in my brain to figure out that The Marvels was the sequel to Captain Marvel. I was expecting it to be called Captain Marvel again with a subtitle. Disney must be confident with this name that they can express what the movie is without being confusing.
Last edited: May 3, 2021

Ms. Marvel is in a movie?! Wow.
Movie information in first post provided by The Movie Database
You must log in or register to reply here.