Nope, it's a grainy no detail mess on OLED too. Ignore the blue tint caused by the lights in the room tho... 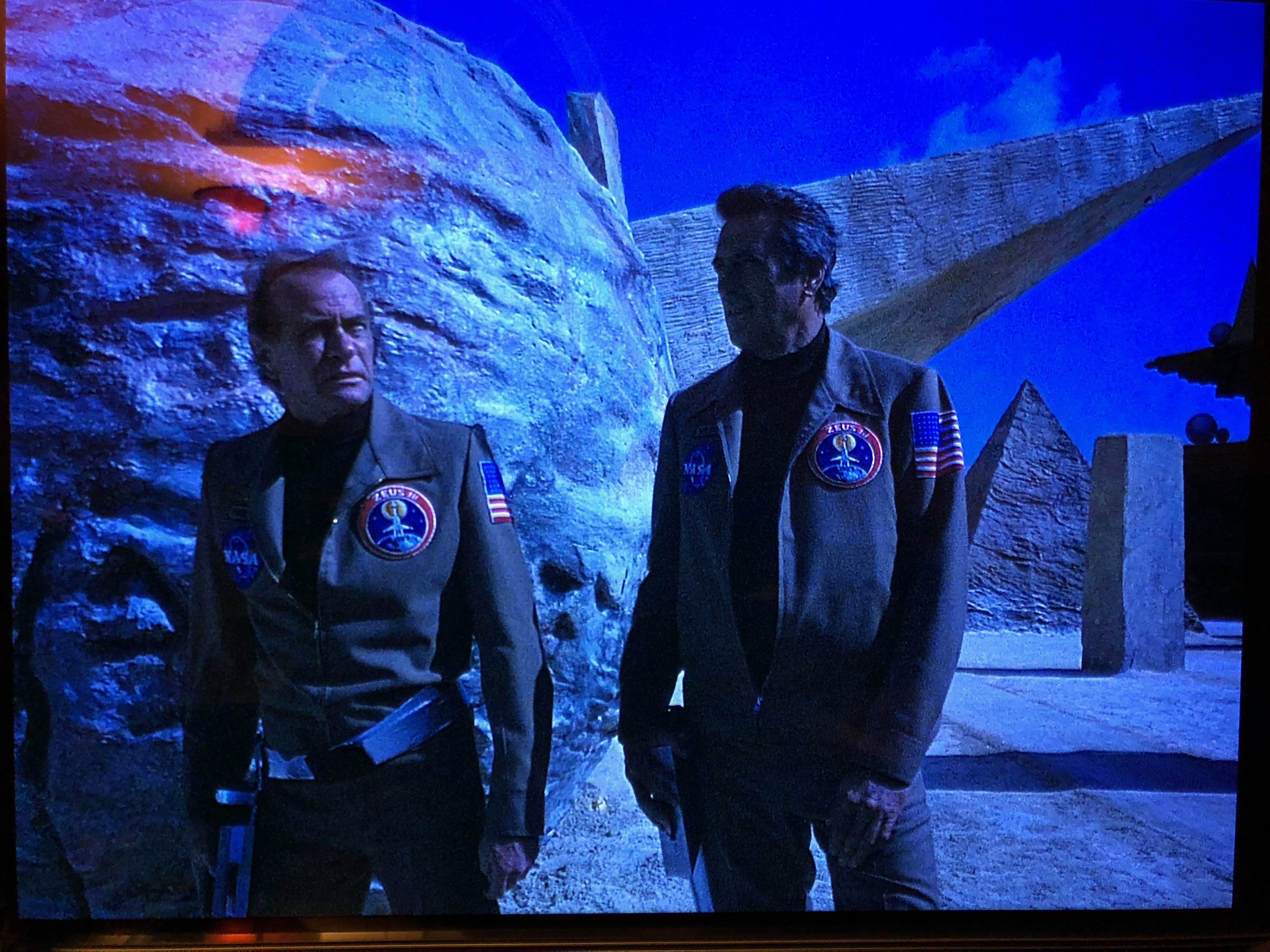 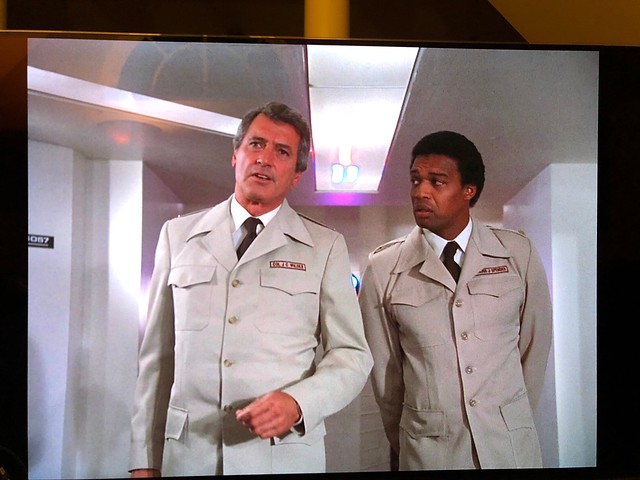 You guys are welcome to disagree on image quality. That's totally fair, I respect that and HTF welcomes competing viewpoints. In my opinion the IQ is in the tank and my score stands as recorded. Thanks for the feedback! 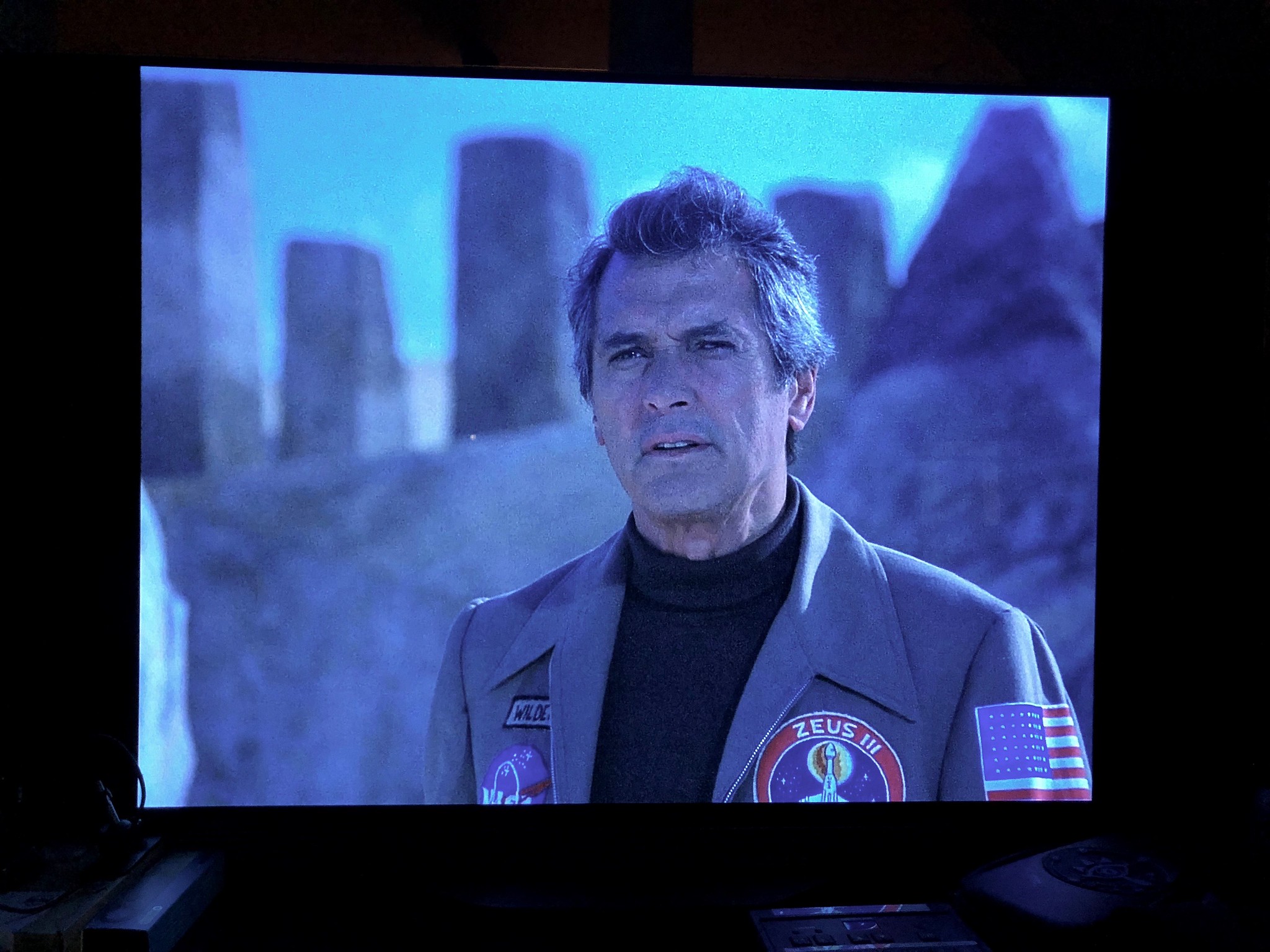 Blimpoy06 said:
My copy of the Kino blu-ray arrived yesterday. I haven't had time to watch, but I did sample the picture. This is a solid upgrade from the DVD. Color, detail and black levels are all improved. I was expecting a lot of grain, but the work of Academy Award winning cinematographer Ted Moore looks great here.
Click to expand...

Thanks for posting a true screen grab, not a contaminated photo off your screen. I've seen what I needed to see. The price has dropped some. I'm going to wait and see if it drops some more, then this is a no-brainer purchase for me. Price and picture quality were the only blocks for me. Now it's just price.

This just dropped to $21.93 on Amazon, so I pulled the trigger. Looking forward to it.
Reactions: Mrs. Carab, Sam Posten and Flashgear

Read the book a hundred years ago before the tv show aired and loved it.
The show didn’t have the same feel as the book.
Something was missing in translation.

I still enjoyed the show.
Bought the dvd and bought the Blu-ray.
I don’t have the same issues with the pq and sound that Sam does.

This release is exactly what I expect it to be.
Reactions: Sam Posten, Flashgear and Carabimero

I always loved the first part. A lot a lot a lot. I was sick as a dog the night it originally aired. I stayed home from school the next day. We had recently gotten a VCR so I was able to watch part 1 over and over when my friends were at school.

I went around saying, "I'm the last Martian."
Reactions: Mrs. Carab and Flashgear

Carabimero said:
I always loved the first part. A lot a lot a lot. I was sick as a dog the night it originally aired. I stayed home from school the next day. We had recently gotten a VCR so I was able to watch part 1 over and over when my friends were at school.

I went around saying, "I'm the last Martian."
Click to expand...

I'd be interested in your comments on this one once you've watched it. I recall it being somewhat "meh" when I saw it during its original airing and have been waffling on making the purchase. I know you have an affinity towards it so will likely be somewhat biased - but I also trust your overall assessment of these type productions based on your changed feelings towards LIS (which I still happen to like - well most of it).
Reactions: Flashgear and Carabimero

BobO'Link said:
I'd be interested in your comments on this one once you've watched it. I recall it being somewhat "meh" when I saw it during its original airing and have been waffling on making the purchase. I know you have an affinity towards it so will likely be somewhat biased - but I also trust your overall assessment of these type productions based on your changed feelings towards LIS (which I still happen to like - well most of it).
Click to expand...

I think if you have a nostalgia for The Martian Chronicles, you should buy it. It looks very very good but not really great. The sound is better. The details in Mr. and Mrs. Kay's house are great. I don't like the way commercial breaks were handled: abrupt black between sequences. The subtitles are often mistimed with the dialogue.

But here's my thing. I met my late great best friend about three weeks before this aired. He turned me onto it, helped explain what was cool about it--so many of my memories about watching it take me back to those days with him. It seemed like Lennon got shot right around that time too. I remember my friend was devastated.

That said, I usually only watch part 1. Part 2 and 3 are watchable, but it's part one I really love--enough to double dip on the BD.

Bottom line--if you have the DVD watch it again. If you love the show, buy the BD. If you don't have the DVD, my instincts tell me you shouldn't buy the BD. Something should be pulling you to buy it.

But that first part written by Richard Matheson...I just really like it. I enjoy Bernie Casey as Spender and Rock Hudson is great to watch.

If you're still on the fence, check out some Amazon reviews. This miniseries is not complete crap, but I would also say it's probably either a nostalgic thing or an acquired taste.
Reactions: Mrs. Carab, Sam Posten, Flashgear and 3 others

I remember watching this when it first aired, but I had forgotten all the details. Some months ago, it was shown on Comet TV. I was intrigued when the sexy Martian woman appeared, but I found the rest of it very dull. Not worth buying.

Thanks for your input @Carabimero and @TonyD
Reactions: Flashgear and TonyD
T

The Martian Chronicles mini-series is one of my favorite sci-fi films (and yes, I'm counting it as a film) of all time. I remember seeing bits & pieces of this when it first aired on TV in early 1980. I was a little kid at the time, and the story both fascinated me & disturbed me. It stayed with me throughout the years, and is one of my earliest memories of a TV show.

The tele-film had a lot of interesting elements, including very unique & bizarre martians (who still look humanoid), several stories that weren't necessarily connected too much, but all still took place on Mars (in different time periods), and great acting. There was definitely a creepy element that permeated the whole mini-series as well.

My favorite sequence was the one
where the astronauts landed on what looked like Earth, and encountered what looked like people from their past (parents, long-dead relatives, brothers/sisters, etc.) & what also looked like their respective home-towns. However, when they discovered the truth it was far too late. Extremely creepy & sinister - especially the final scene in this sequence.
I didn't see the mini-series in it's entirety until the DVD set, back in the 200X's.

I also re-read the Ray Bradbury book last summer, and this is arguably far superior to this mini-series. As was mentioned, the book is composed of numerous relatively unconnected stories, but - as in the mini-series - events in the earlier stories are referred to/referenced in the later ones. Also, there is more info./justification as to why humanity is wanting to colonize Mars - i.e., there is a threat of nuclear war on Earth, and people who can afford to & have the means want to leave to escape destruction, etc.

One of my favorite stories in the book is titled "Usher II" - in which a human colonist on Mars ends up building a "museum/mansion" with various realistic-looking "robots" that resemble various characters from literature, etc. At the end of the story, the mansion sinks into the ground - similar to the fate of the mansion in the iconic Edgar Allen Poe short story, "The Fall of the House of Usher". It would have been interesting if this could have been adapted in TMC mini-series - but, due to the SFX limitations & the limited budget that this had at the time, that would have been impossible.

It's worth noting that years after I saw TMC, I watched the bizarre & disturbing sci-fi film The Man who fell to Earth (1976, directed by Nicolas Roeg), starring David Bowie. There were several scenes in the film that showed flash-backs of the Bowie alien & his family?! in their original form....and, these aliens looked a lot like the aliens in TMC. Since TMWFTE pre-dated TMC by four years (almost), I wonder if the look of the martians here was inspired by this earlier film.
Last edited: May 29, 2019
You must log in or register to reply here.
Share:
Facebook Twitter Reddit Pinterest Tumblr WhatsApp Email Link