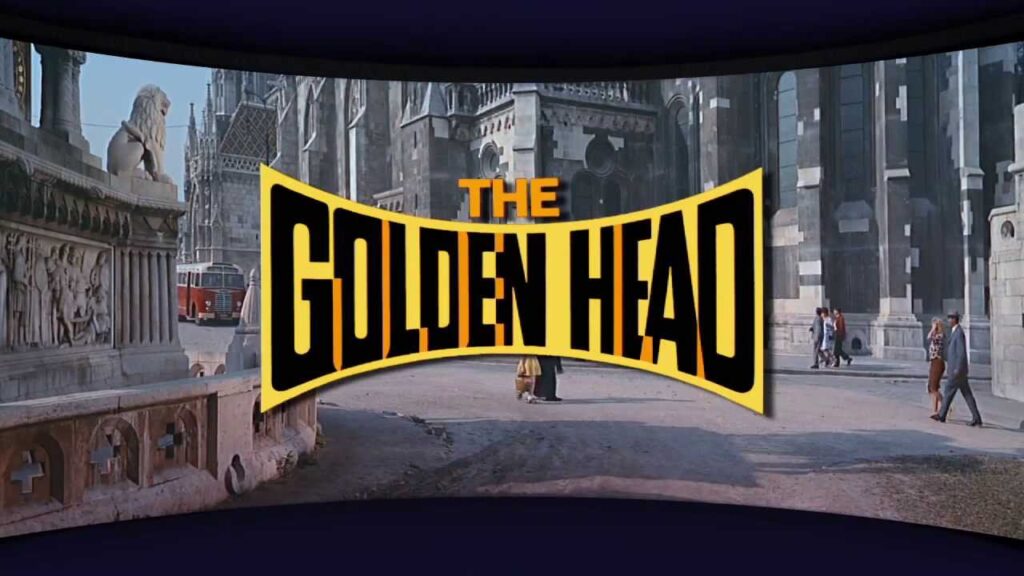 So disappointing that this was released in Smilebox only. Smilebox makes sense for 3-strip Cinerama, but not for 1-strip 70mm. They could have at least included a normal version as an alternative.

I'm very interested in this film but the distortion is putting me off buying it (for now).

But that's the way you would have seen it in London at the Cinerama Theater.
Reactions: DP 70, Charles Smith and Josh Steinberg
J

At the Royalty Cinerama no less!
Reactions: DP 70 and Josh Steinberg

Dave - I’m continually impressed by these releases. This one was no exception! I wasn’t around to experience the original Cinerama but I’m grateful for the opportunity to simulate it at home.
Reactions: DP 70, Douglas R, moviebuff75 and 2 others

I'd rather have a flat version and I'm glad that It's a Mad Mad Mad Mad World didn't get the Smilebox treatment.... exclusively, at least. I don't mind the option but for single-strip films it shouldn't be the only version.

Dear Ross
Sorry you don’t get the Cinerama road show experience but this is the way audiences originally saw these films both in 3-strip and in 70mm at the all original road show exclusive presentations. They were curved screens, had curtains, intermissions, program booklets, overtures etc. and that’s what we do at Cinerama - re create that experience as best as possible. We have also done this in traditional theatrical settings on flat generally curtain less screens at many festivals, cinematheques, museums in England, Germany, France, Holland, Poland, Austria, Denmark, Norway, Canada and in many cities in the US. Last year we did an entire day of Cinerama at MOMA in NY with our curtains and SmileBox via DCP.


For years we cinephiles fought for letterbox versions of classics in order to see them the way people originally saw them in theaters. The producers of the Cinerama 70mm films knew they would be shown exclusively on Cinerama curved screens for their initial release. The road show experience is pretty much lost these days so our Cinerama road show versions of these films is in the same spirit as the push for letterbox versions.


FYI -We had a sold out screening of “Mad, Mad World” last November 7th, both the birthday of the Dome theater and the premiere of the film. No one was disappointed that it was shown on a real curved screen, had curtains cued, overtures, programs handed out and at intermission police radio calls. That is what we do here at Cinerama and most people appreciate the extra effort of original showmanship presentations in their home theater.


If we had normal budgets on these Cinerama releases, like the big studios do, then I would have no objection to a letterbox, curtain less version in the same package. But the road show experience is what was the most important to our customers and distributor. “So let it be written, so let it be done”
Reactions: Jimbo64, Dick, RBailey and 10 others

Thank you for your reply.

It's not that I "don't get it", it's just that I think it's the wrong approach for a single-strip film. I'm talking specifically about the Smilebox-only presentation.

FYI -We had a sold out screening of “Mad, Mad World” last November 7th, both the birthday of the Dome theater and the premiere of the film. No one was disappointed that it was shown on a real curved screen
Click to expand...

That's fine for a proper theatrical presentation, but if you were the producer of the Mad, Mad World Criterion Blu-ray, would you have gone for a Smilebox-only release?

I am looking forward to seeing Ice Station Zebra at Bradford at this years WSW on the Cinerama screen, Grand Prix looked and
sounded fantastic last year.
Thanks again David for all your hard work.

But it is in fact the right choice for any Cinerama film that was was originally presented on a curved Cinerama screen as a roadshow presentation either 70mm or 3-strip.

That's what we try to do - create the original "proper" theatrical presentation at home for the home theater fan.

Others companies can do what they want but we want to do it right.

And yes if I were the producer of the Mad Mad World release I would have had Curtains, Smilebox etc. and no problem with also doing a flat version if we had the funds in the budget.

In the specific case of "The Golden Head," it was conceived to be shown on curved Cinerama screens, and if I understand all of the included bonus material properly, that's the only way it was ever exhibited in commercial theaters. I am fully supportive of the endeavor to present it for home viewing in the manner in which its filmmakers conceived it.

For me, this might be analogous to a 3D movie where the production might have used 2D cameras on set, but had always intended for the final film to be seen in a 3D presentation. (Think of something like "Gravity" or "The Walk".) In my view, how a film should be presented is dependent on more factors than just what kind of camera was used on set. Otherwise, if you follow that thinking to its natural conclusion, we should only listen to films in mono because the microphones used on set are monaural. But obviously, recording the dialogue is only one small portion of the actual process in creating a sound mix. In much the same way, though the film was shot single strip, it seems obvious that the intention was for it to be viewed on a curved screen.

From my more limited perspective, I found the smilebox presentation to be more visually pleasing than the flat clips which were shown briefly in the bonus features.
Reactions: Douglas R

Josh Steinberg said:
From my more limited perspective, I found the smilebox presentation to be more visually pleasing than the flat clips which were shown briefly in the bonus features.
Click to expand...

Fair enough. I guess this one just isn’t for me.

And from the reviews of the film at the time, I may have had a lucky escape.
You must log in or register to reply here.