The Expanse on Amazon Prime

Even though I knew this was coming, I bought all the episodes on Amazon to do what little I could to help with the #SaveTheExpanse campaign.

This is a show well worth watching folks.

I just finished reading the latest book in the series, and boy do they have a lot of content/runway left.
Reactions: Sam Posten

I've never heard of this series, but you guys have me intrigued. I added it to my watch list.
Expand signature
My DVD Collection

Scott Merryfield said:
I've never heard of this series, but you guys have me intrigued. I added it to my watch list.
Click to expand...

It is a very ambitious and well executed science fiction series. I've watched a lot of televised SF series over the years and it holds its own.

I watched the first two episodes this evening. The show definitely captured my interest. I was looking for something to watch instead of Stargate SG-1, which I had been viewing on Hulu (got tired of the show in Season 2), and this looks like a much better replacement.
Expand signature
My DVD Collection

Scott Merryfield said:
I watched the first two episodes this evening. The show definitely captured my interest. I was looking for something to watch instead of Stargate SG-1, which I had been viewing on Hulu (got tired of the show in Season 2), and this looks like a much better replacement.
Click to expand...

Welcome to the club! You'll be hooked in no time.
Reactions: Sam Posten and Scott Merryfield

Scott Merryfield said:
I watched the first two episodes this evening. The show definitely captured my interest. I was looking for something to watch instead of Stargate SG-1, which I had been viewing on Hulu (got tired of the show in Season 2), and this looks like a much better replacement.
Click to expand...

The Expanse and SG-1 are different animals.

SG-1 is Star Trek TNG, in all the best ways. Procedural sci-fi, a good number of puzzle-box plots and sci-fi tropes, with lots of fun team interactions.

The Expanse is BSG (2004) in all the best ways. Serialized TV driven by an overarching story and propelled by the mature character interactions and adult interactions, with tremendous scifi "world" building. The Expanse is great scifi. It's also violent and disturbing at times.

The Expanse's first season is a bit slow, the characters not fully engaging; they're more focused on setting up the solar system politics and the primary "antagonist". But it's a roller coaster tick-tick ticking up its first monster hill.

The Expanse's second season, the roller coaster has crested that monster hill and races downhill all season. All the energy built up is poured out. All the character dynamics, political tensions painstakingly built, now play out.

The Expanse's third season, the roller coaster has hit the bottom of the hill and is now racing at full speed through the cork screws and numerous ups and downs. Two and a half seasons of intrigue and mysteries unfold and come to satisfying explanation.

The conclusion would have been a satisfying finale had the show truly ended. That this is (hopefully) less than halfway through the series suggests the show will go through an internal reboot in Season 4. I'm looking forward to it!
Expand signature
Unique shirts, mugs, and more that celebrate board games (and more) with a typographic slant

I'm a bit late to this party, but I did start watching this before reading these posts. I 'needed' something having just binged on 'Sense8' - not quite the same kind of Sci Fi, but Sci Fi all the same. Here in the UK, the first 2 series are currently on Netflix.

I've just finished the first 10 episodes and I have enjoyed them, although I thought the plot got a a bit bogged down in the middle. As soon as Miller and the Rocinante team got together, the story moved ahead very quickly.

Hope season 3 makes it to our Netflix too, as I'm hooked (and with all of season 2 to watch yet!)
Reactions: Sam Posten

I just finished Season 1, as well, and agree with Keith and Dave that the story gets bogged down a little in the 2nd half of the season. Still, it held my interest enough that I plan on delving into Season 2.
Expand signature
My DVD Collection

Scott Merryfield said:
Still, it held my interest enough that I plan on delving into Season 2.
Click to expand...

Enjoy!
Season 2 moves along at a breakneck speed with none of the phaffing about that occurred in the middle of Season 1.

I just finished a binge on all 13 season 2 episodes last night and found it to be a great piece of SciFi - twists and turns that were not expected and some really useful extra characters added to the mix.

I'm told that Season 3 on UK Netflix is likely (but not confirmed) to be available from October 2018 - bring it on!

In case there are folks out there who are not aware of it, this series is available as a 4K UHD stream on Amazon Prime. I just discovered this, after watching all of Season 1 as an HDX stream. Amazon's Prime app is kind of screwy to find UHD content right now, but you can find Season 1 here. If you save it to your wishlist, you'll be able to find it easily.

I just finished Season 2, and you guys were right -- it's better than Season 1. There wasn't a dull moment. I'm looking forward to watching Season 3 -- hopefully it's as good.

Speaking of Season 3, it is not available in 4K UHD on Amazon -- only in HDX. I was concerned when I couldn't find the next episode after I finished the UHD version of Season 2. Amazon has separate entries for the UHD version of shows, so the UHD and HDX versions are considered different shows. I had to go and find the HDX version to add Season 3 to my watch list. The interface for their app really needs an overhaul.
Expand signature
My DVD Collection

Season 3 is not currently free for Prime members. I couldn't figure out why I was unable to watch the first episode on my Apple TV 4K, so I tried on my Roku Ultra and discovered Amazon is currently charging for this season (I think it was about $20). I guess I will be waiting awhile to watch Season 3.
Expand signature
My DVD Collection

Scott Merryfield said:
I guess I will be waiting awhile to watch Season 3.
Click to expand...

Same here - until it gets onto Netflix UK..

Season 3 will be made available as part of Prime memberships on November 15th.
Expand signature
My DVD Collection 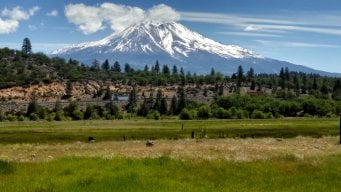 Scott Merryfield said:
...Speaking of Season 3, it is not available in 4K UHD on Amazon -- only in HDX....The interface for their app really needs an overhaul.
Click to expand...

Scott Merryfield said:
Season 3 will be made available as part of Prime memberships on November 15th.
Click to expand...

This thread piqued my interest in the series. The opening scenes then caught my attention. Amazon has improved the way they list some UHD programming. As Scott stated, previously its implementation was screwy; one needed to scroll past rows and rows of programming to find two 4K boxes, one for TV series and the other for movies. It was very easy to watch a series in HDX and never know it was available in UHD. Now, the 4th row of programming in the Amazon app is "Original Series in 4K Ultra HD." However, "The Expanse" is not listed in that row (perhaps because it is not an original series, having started elsewhere?). The HDX version is listed in the 6th row, "recommended TV." One must scroll to row 19(!), "TV Genres," then to the first box in that row, "Prime 4K Ultra HD TV," to find "The Expanse." Why does Amazon make it so very, very difficult?

Additionally, the UHD version of season 3 is "currently unavailable." Here's hoping it is both available and offered free to prime customers by the time I've finished the first two seasons. The HDX version of season three is not yet included with Prime. (The PBS series "The Tunnel" has a similar structure, with season three requiring payment of a rental fee.)
Reactions: Sam Posten

Surfing the web for information about when I could expect Season 3 in UHD to be available on Amazon Prime, I came across several Reddit threads devoted to the show. One of threads indicated that the HDX episodes on Prime are the "edited for time and content versions" broadcast on SyFy originally. The UHD episodes are longer by several minutes than their HDX counterparts and contain scenes and language not in the SyFy episodes. And, of course, they look better. Apparently, accessing Prime through the web gives access only to the HDX versions. One needs a Smart UHD TV with the Amazon app to even view the UHD episodes. The best rumor I found about Season 3's arrival in UHD on Prime was "sometime this winter." (All of the preceding are things I learned on the internet, where everything is accurate.)
Reactions: Sam Posten and Scott Merryfield

Unfortunately, The Expanse S3 is available for purchase on Amazon, but not free as part of Amazon Prime. I wanted to do a little recap of some third season episodes yesterday, and was surprised I couldn’t.

I considered changing the title of this thread, but I’m not sure it’s worthwhile, six months later.
Expand signature
Unique shirts, mugs, and more that celebrate board games (and more) with a typographic slant