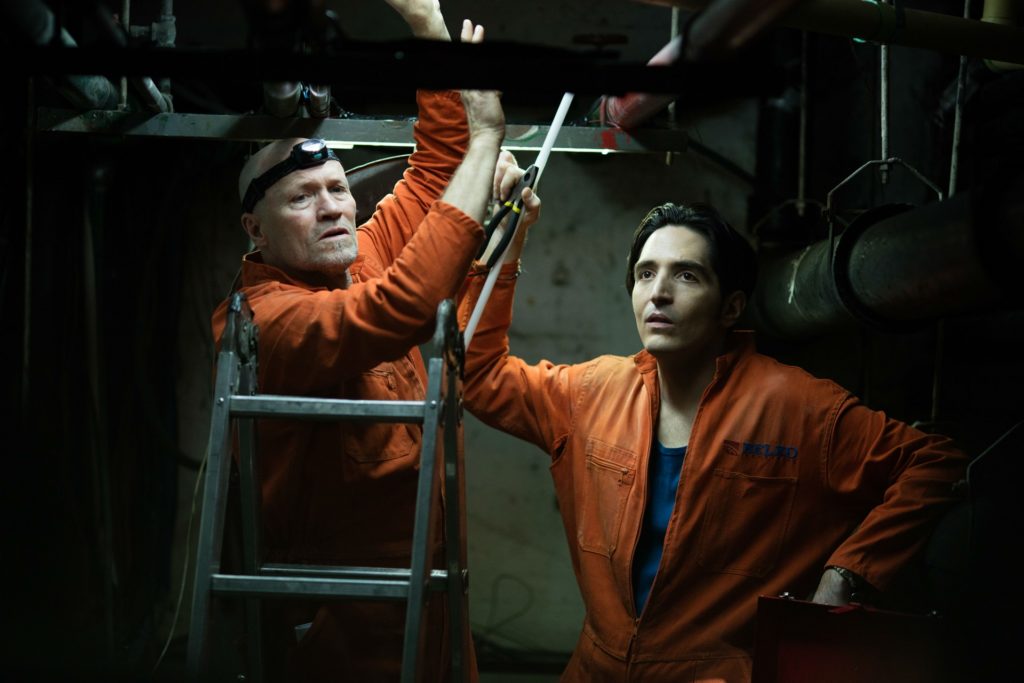 A sociological horror film in the same spirit as Lord of the Flies only this time with adults reduced to savage butchers, Greg McLean’s The Belko Experiment has only a few outright shocks but is long on thrills as we witness a live action human shooting gallery with man at his most primal: kill or be killed.

Watched The Belko Experiment a while back. Extremely disturbing & horrific - especially because I can easily see something like this actually happening; I also feel that if something like this were to happen, the people involved in "the experiment" would probably act very similar to the way the characters did in the film.

Though the film had a lot of gruesome violence, I didn't feel that any of it was gratuitous.

The government gets more & more control of us each year, and we do know there have been psychological-type experiments - so, again, this is not that far fetched whatsoever.

Also, the tracking chips had been implanted in people in the film (at the start of their employment in The Belko Corporation) have occurred in real-life - again, very scary: