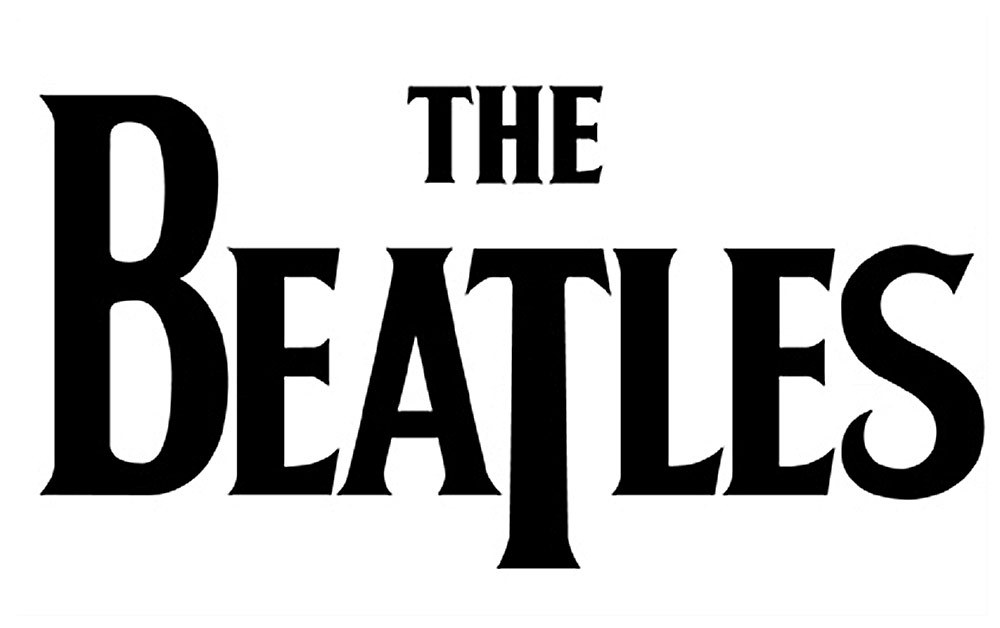 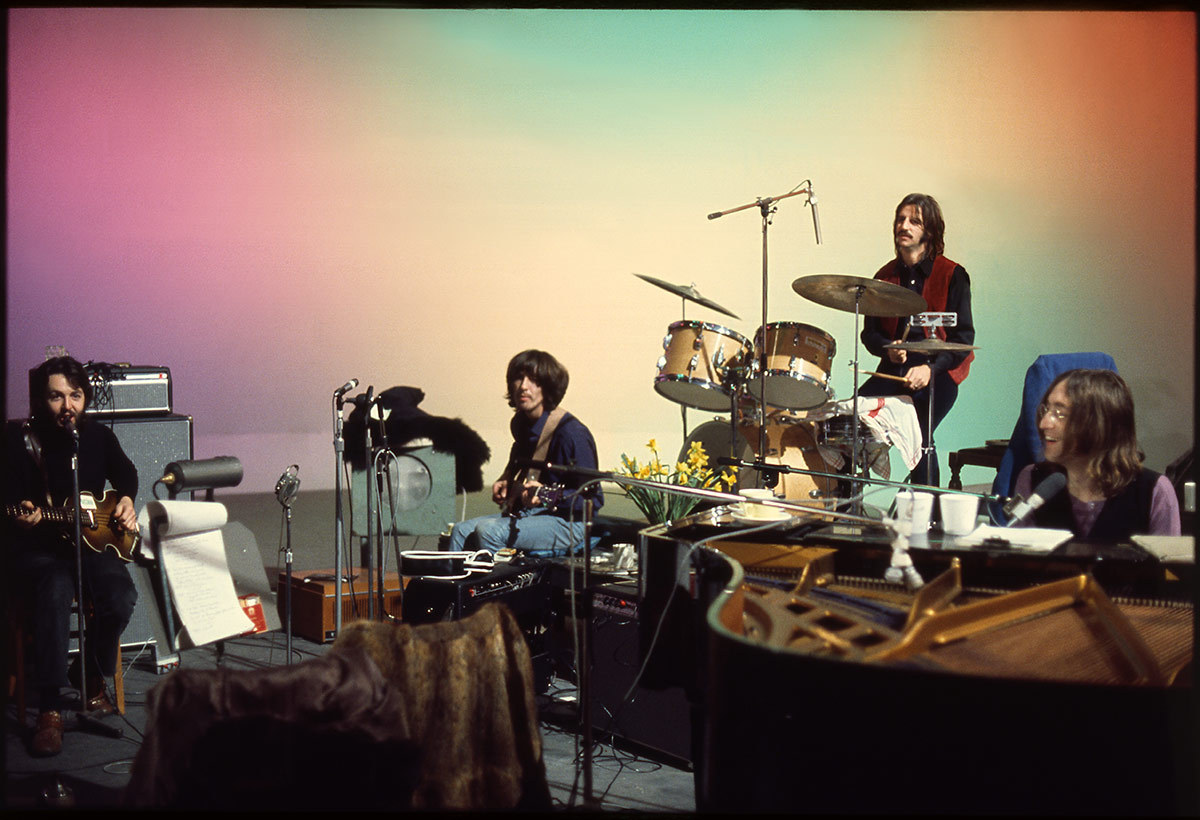 Photo: ©1969 Paul McCartney / Photographer: Linda McCartney
THE WALT DISNEY STUDIOS TO RELEASE ACCLAIMED FILMMAKER PETER JACKSON’S DOCUMENTARY "THE BEATLES: GET BACK"
IN THEATERS NATIONWIDE SEPTEMBER 4, 2020
New film features extensive, never-before-seen footage of the legendary band’s "Let It Be" recording sessions along with the entire iconic rooftop concert, fully restored
BURBANK, Calif. (March 11, 2020)—The Walt Disney Studios has acquired the worldwide distribution rights to acclaimed filmmaker Peter Jackson’s previously announced Beatles documentary. The film will showcase the warmth, camaraderie and humor of the making of the legendary band’s studio album, "Let It Be," and their final live concert as a group, the iconic rooftop performance on London’s Savile Row. "The Beatles: Get Back" will be released by The Walt Disney Studios in the United States and Canada on September 4, 2020, with additional details and dates for the film’s global release to follow. The announcement was made earlier today by Robert A. Iger, Executive Chairman, The Walt Disney Company, at Disney’s annual meeting of shareholders.

"No band has had the kind of impact on the world that The Beatles have had, and ‘The Beatles: Get Back’ is a front-row seat to the inner workings of these genius creators at a seminal moment in music history, with spectacularly restored footage that looks like it was shot yesterday," says Iger of the announcement. "I’m a huge fan myself, so I could not be happier that Disney is able to share Peter Jackson’s stunning documentary with global audiences in September."

"The Beatles: Get Back," presented by The Walt Disney Studios in association with Apple Corps Ltd. and WingNut Films Productions Ltd., is an exciting new collaboration between The Beatles, the most influential band of all time, and three-time Oscar®-winning filmmaker Peter Jackson ("The Lord of the Rings" trilogy). Compiled from over 55 hours of unseen footage, filmed by Michael Lindsay-Hogg in 1969, and 140 hours of mostly unheard audio recordings from the "Let It Be" album sessions, "The Beatles: Get Back" is directed by Jackson and produced by Jackson, Clare Olssen ("They Shall Not Grow Old") and Jonathan Clyde, with Ken Kamins and Apple Corps’ Jeff Jones serving as executive producers.

The footage has been brilliantly restored by Park Road Post Production of Wellington, New Zealand, and is being edited by Jabez Olssen, who collaborated with Jackson on 2018’s "They Shall Not Grow Old," the groundbreaking film which featured restored and colorized World War I archival footage. The music in the film will be mixed by Giles Martin and Sam Okell at Abbey Road Studios in London. With this pristine restoration behind it, "The Beatles: Get Back" will create a vivid, joyful and immersive experience for audiences.

Peter Jackson says, "Working on this project has been a joyous discovery. I’ve been privileged to be a fly on the wall while the greatest band of all time works, plays and creates masterpieces. I’m thrilled that Disney have stepped up as our distributor. There’s no one better to have our movie seen by the greatest number of people."

Paul McCartney says, "I am really happy that Peter has delved into our archives to make a film that shows the truth about The Beatles recording together. The friendship and love between us comes over and reminds me of what a crazily beautiful time we had."

Ringo Starr says, "I’m really looking forward to this film. Peter is great and it was so cool looking at all this footage. There was hours and hours of us just laughing and playing music, not at all like the version that came out. There was a lot of joy and I think Peter will show that. I think this version will be a lot more peace and loving, like we really were."

"The Beatles: Get Back" is also being made with the enthusiastic support of Yoko Ono Lennon and Olivia Harrison.

Great news and once Let It Be comes to disc I can finally get rid of my one and only bootleg dvd I ever bought.

Very much looking forward to this. Expect the tone to be very different from Let It Be. Just look at Paul and Ringo’s comments in the press release.

True fact: Paul originally wanted that album to be called Get Back.

This sounds wonderful, but is a strange pickup for Disney that doesn't really fit into any category of films they usually release. It will be interesting to see how they handle the release.

Jake Lipson said:
This sounds wonderful, but is a strange pickup for Disney that doesn't really fit into any category of films they usually release. It will be interesting to see how they handle the release.
Click to expand...

The category it fits into for Disney is "making money".

Really looking forward to seeing this and the rumored box set on blu ray including this film, Let It be and some of the many hours of unused footage as bonus features.

Son of a bitch. That must mean that the Get Back box set will getting delayed until fall 2021.

On the other hand, I understand the rationale.

The Beatles will obviously appeal at least in part to an older crowd, who are currently high risk for the virus and are therefore less likely to attend in theaters this year. By moving this back to next August, Disney might be able to get those viewers back in a theatrical setting. I certainly hope it is safe to go to a movie by August 2021.

My hope was that they'd abandon the theatrical release (though it will be nice to see it in a theater) and just put the new documentary out it in the box set.

They should release something for it's 50th anniversary this year.

atcolomb said:
They should release something for it's 50th anniversary this year.
Click to expand...

Agreed. I suppose it's possible that they still will release the set in the fall and Get Back will just play in theaters basically a year after it's available in the box but that unfortunately seems unlikely.

Well... this is a fine kettle of fish... I have zero interest in seeing this in the theater no matter what's going on in the world. I just want it on disc...


Jake Lipson said:
I certainly hope it is safe to go to a movie by August 2021.
Click to expand...

I'm in the high risk group and I'm hoping theaters in my area are re-opened by August 2020.

Would you go to a theater to see this in 2020 if it had stuck to its original release date?

Jake Lipson said:
Would you go to a theater to see this in 2020 if it had stuck to its original release date?
Click to expand...

I mean, this is disappointing for me too. But at this point, so many other things I have been looking forward to this year have been postponed or cancelled that this is just another one on the pile.

atcolomb said:
They should release something for it's 50th anniversary this year.
Click to expand...

Jake Lipson said:
Would you go to a theater to see this in 2020 if it had stuck to its original release date?
Click to expand...

If you're comfortable going back to movie theater in August 2020, good luck. I would like to be but do not think it is likely that I will be.
You must log in or register to reply here.

Disney+ The Beatles: Get Back exclusively on Disney+
4 5 6