The series premiere of "The '70s Show" aired in 1998 and was set in 1976, twenty-two years earlier. It's depressing to think about, but the nineties now are actually quite a bit further in the past than the seventies were then. This show is set in 1995, which is more than a quarter of a century ago.

Unlike the failed and short-lived "That '80s Show", which only had a tangential connection to the original series, this new Netflix series is a direct successor.

Logline:
Hello, Wisconsin! It's 1995 and Leia Forman, daughter of Eric and Donna, is visiting her grandparents for the summer, where she bonds with a new generation of Point Place kids under the watchful eye of Kitty and the stern glare of Red. Sex, drugs and rock 'n roll never dies, it just changes clothes.

Like the original series, this one will be multi-camera. The first season will be 10 episodes.

Like the original show, the Carsey-Werner Company is the production company and Marcy Carsey and Tom Werner will be executive producers.

Per Deadline, Topher Grace, Laura Prepon, Mila Kunis, and Ashton Kutcher are all in negotiations to make appearances. Wilmer Valderrama, who currently a series regular on "NCIS", is not expected to appear in the first season. Danny Masterson, who was fired by Netflix on a previous series after multiple rape allegations surfaced, is not expected to participate at all.

I'm really looking forward to this. I loved the original show, and rewatched it last year on blu-ray. It'll be nice seeing the original cast recur, but even better that the show is anchored by Kurtwood Smith and Debra Jo Rupp.

Will definitely give this a chance. Looking forward to it!

When will this be out?

SamT said:
When will this be out?
Click to expand...

Kurtwood Smith tweeted an image of the pilot script the other day:

And FWIW, there’s this: The rest of the cast, minus Danny Masterson, is also returning. 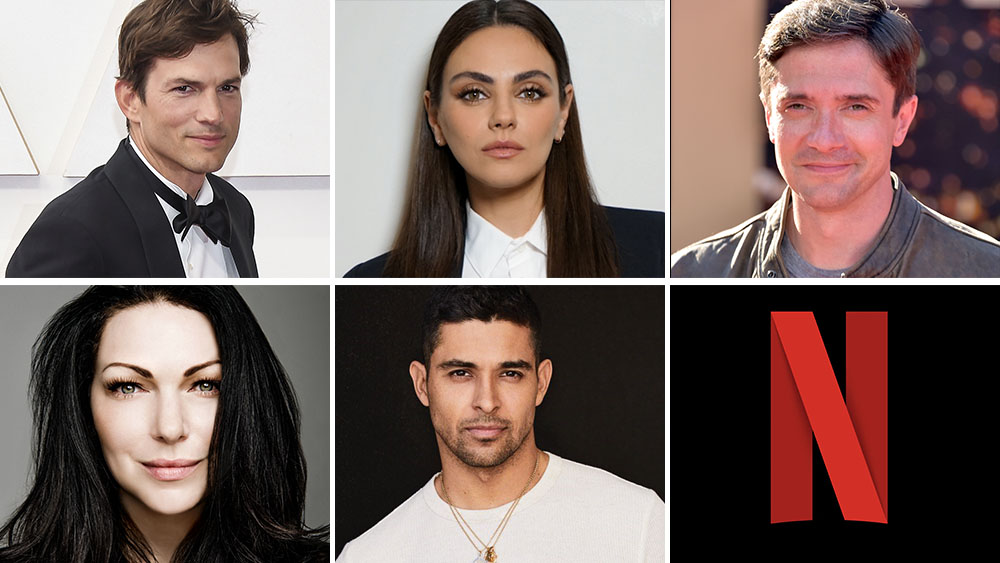 It’s official: all of the original young cast of That ’70s Show except for Danny Masterson are set to return for the upcoming Netflix spinoff series That ’90s Show. In what has be…

I didn’t watch That ‘70s Show, aside from glancing reruns. It wasn’t my thing at the time. But I’m curious about That ‘90s Show. I’ll probably give it a try.

Tommy Chong returing as Leo
You must log in or register to reply here.