The other ambassadors have an extra icon?!? Now I have to post to see what it is!

One thing, apparently, is proven by this thread. None of those who have posted within...are THE threadkiller!
Click to expand...

How do I get rid of my name displaying? I have two names displaying instead of just my user name. It's ridiculous! Give me a title to get rid of it!

Steve, i never said any of you guys said The Avengers was the best movie ever. I am sure i have read it, on here (here being the HTF)...dunno...but i have also had people tell me how great it was. Yea, it was good, but it was not great. I do not hate myself for seeing it.
I hated myself for seeing Transformers 2, and then 3!

Saw Battleship today. I had a Fandango ticket for this, so I paid a little extra to see it in the nicer "Regal Premium Experience" theater -- digital projection, nicer seats. Early 10:15 a.m. showing, so it was a small crowd. I enjoyed it, but Taylor Kitsch is the most impressive visual, if you ask me. Some of the effects with the destruction of parts of Honolulu were very well done. Of course, it's cliched, and there's one key sequence which kind of explains why this has to credit the Hasbro game. Otherwise, it's not like they have the "monopoly" on stories having to do with battleships. Rihanna was actually quite decent in this. And there was actually a teary-eye inducing scene as well.

I braved The Dictator over the weekend. Not a good movie, but I laughed and laughed. 3/5

I saw Men in Black III this past weekend. It was OK. I actually don't remember the first 2 that well. Some people don't like how it ended, but I thought it was kind of nice.
Will likely see Snow White and the Huntsman this weekend. My like for Charlize Theron trumps my hate for Kristen Stewart.

Elizabeth, I saw Men in Black III last night, not as good as the first film and I can't even remember the second one. The laughs have dried up and even the weird alien creatures have lost their coolness. Prune-face Tommy Lee Jones looks even more bored than usual but Josh Brolin as a younger version of Jones does a spot on imitation. The ending was touching but on the whole I wish I waited for the DVD instead. Next week Prometheus, and from what I hear has even less laughs than MIB3.

I enjoyed Battleship, looking forward to the blu-ray. Russ, I think I can wait for The Dictator, I'm not a huge fan.

Movies I've watched recently include The Raid, a very violent Indonesian film which loses momentum in the last half hour.

Iron Sky was one weird film, after World War II Nazi's have fled to the dark side of the moon and built a colony there, decades later they decide its time to launch an attack on Earth in huge space zeppelins. It's a comedy of course and the effects are surprisingly good. An instant cult classic.

Bought the latest issue of Empire magazine which has a huge feature on the new Batman film and includes a large double sided poster, one side Anne Hathaway as Catwoman and the other Christian Bale as Batman.

Where's Cover #1?
Wow, Prometheus is a 9.0 at imdb right now. Lots of sneak peeks, I guess.
So, anyone looking forward to Magic Mike? Anyone? Hello? Well, I'm seeing it.

Let me see if I can jog your memory Steve...

Sorry to hear you didn't like MIB3. I was hoping it was going to be another fun ride. I'm hoping to get to the theater soon to see it. But, then again, I have yet to get to see The Avengers. How could The Avengers have made all that money without yet getting any of mine?!?

Has anyone sen this yet?!? The visuals look stunning. AH looks nice in that pose as Catwoman above...but she just might be in over her head in Les Mis:

Haven't been posting in Testy 51 for a while. Saw The Avengers a while back and had a good time with the film. Somewhere on the HTF I found a link to a review by Orson Scott Card (in the Avengers thread in movies?) that did a good job of summarizing some of the strengths and weaknesses of the film. I would agree with Card that Whedon brought a lot to the enterprise and made it work. Very enjoyable for the genre.
Watched the film version of The A-Team last night. Not great, but certainly watchable considering the source material. Enjoyed the cast and found the film diverting enough.
- Walter.

Not looking forward to it but I might check out Magic Mike. Soderbergh is always reliable and rumour is it's one of his last films. He wants to concentrate on painting or some nonsense.

No MIB3 for me. I didn't like the first one, have blocked the 2nd one from memory and no interest in Will Smith as an actor anymore. Snow White & Prometheus will get my money though!

I saw Piranha 3DD last night. Anyone excited for that one? No? Come on! It has David Hasselhoff in it! No? Not good enough? The kindest thing I can say about the film was I saw it for free. Not a good movie. I loved the first one. I thought it was a great comedy/horror that ran with the dopey premise in a big way and really delivered. This one falls into the typical horror sequel trap; it's cheap with a bunch of shit actors and tries to count on cameos and tits to keep you interested. When the outtakes at the end credits (and they play for the ENTIRE credits) are the best part, you know you're in trouble. 1.5/5

David Koechner was the other good thing about the film, guy knows how to steal a scene, always funny.

Russ you've put me off Piranha 3DD, not that I was ever going to watch it at the cinema.

Mike, I remember her in Men in Black 2, she was too thin for my tastes, but I can't remember the rest of the film or how it ended. They mention Rip Torn's passing in the new movie, Emma Thompson has taken over his job. The biggest shock when they go back in time to the 60's is that Andy Warhol isn't an alien in disguise but turns out to be an MiB agent! And I'm almost sure I saw a picture of Tarantino on their monitor as a possible alien fugitive.

Walter, glad you enjoyed The Avengers and made some effort to go and see it unlike some of the droogs here, glances at Mike.

Is he supposed to have a Bat-Boner? Shut, you all looked!

I didn't watch the Les Miserables trailer that was posted, but I was thinking it was the Liam Neeson one. I'm terribly confused, why did they make two of them? Does anyone care about The Great Gatsby? No mention of Australia in the press material, but they do mention Moulin Rouge and Romeo & Juliette. 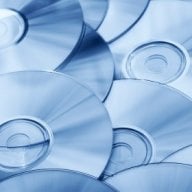 Same ol crew still banging around in here?
*looks around*
Yep
So excited to see Prometheus (have yet to watch a full preview for it). Wonder if I'll make it until next Friday without spoilers!!!!

Is he supposed to have a Bat-Boner? Shut, you all looked!
Click to expand...

Hello Elijah, good to see you again. Yep we're still here, some of us anyway, only me and Mike left from the original band.

And 10 years older since we started this thread, eee!

It's the Queens Diamond Jubilee weekend, which means too much live Royal coverage and celebrations on the telly, thank christou I have thousands of films to choose from.

I think Prometheus opened today here in the UK, I'll see it some time next week.

Maybe that's a grub in Bale's bat uniform?!?
You must log in or register to reply here.