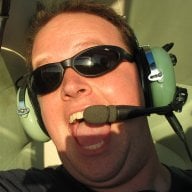 True, but I doubt they'd have her stumbling around mumbling, "help me Obi-Wan Kenobi" throughout the entire movie.

MattBradley said:
True, but I doubt they'd have her stumbling around mumbling, "help me Obi-Wan Kenobi" throughout the entire movie.
Click to expand...

One of my favorite beats in The Last Jedi was when R2D2 replayed that message.
Reactions: holtge, Tim Glover, dpippel and 1 other person

After that moment Rian Johnson makes Luke say "Cheap Shot" or something like that to get a laugh. It immediately cheapens the moment and breaks the drama. This is another example of why I have problem with his humor. That moment would have been powerful if nobody joked about it.

Adam Lenhardt said:
One of my favorite beats in The Last Jedi was when R2D2 replayed that message.
Click to expand...

SamT said:
After that moment Rian Johnson makes Luke say "Cheap Shot" or something like that to get a laugh. It immediately cheapens the moment and breaks the drama. This is another example of why I have problem with his humor. That moment would have been powerful if nobody joked about it.
Click to expand...

See I don’t get that - the laugh intended was aimed at Artoo and a warm reminder of their relationship. I laughed and felt the moment after was powerful too. Had the laugh come after the substance of the message perhaps it would but Johnson killed two birds within one shot reminding the audience with a laugh of Luke and R2 and then with a more emotional reminder of Luke and Leia.
Reactions: holtge, Sean Bryan, Tim Glover and 6 others

The rumored title for Episode IX is

I hope that's not it. I wasn't a huge fan of "The Force Awakens" as a title either, but at least it didn't feel repetitive. I didn't like "The Last Jedi" as a title, because it felt repetitive with "Return of the Jedi" two movies prior.

On the other hand, for the sake of symmetry, I'd like to see an "of the" title.

The Last Jedi was revealed as the title for Episode VIII on January 23, 2017.

I can't find a record of when The Force Awakens was announced as the title for Episode VII.

But I assume probably early next year we'll get something.

I've said it before but since "The Last Jedi" comes from The Force Awakens' opening crawl, they should do the same thing and use "A Spark Of Hope" from TLJ credit crawl as the title of Episode IX. It's upbeat and, as the last Episode, it has an echo with the first one. A New Order sounds like the title of a Nazi propaganda movie and definitely not the name of a Star Wars picture.
Reactions: Tim Glover and Tino
S

Maybe New Jedi Order just to annoy all the fans who loved the EU
Reactions: Jake Lipson and TravisR

I wanted to say this for a while. Rian Johnson didn't finally do what he wanted to do. All this talk that the Jedi have to end and we need a new beginning, at the end he backs out. He doesn't do it. I don't remember the exact quote but at the end of the movie, Luke says something like Rey is the last Jedi. Not to mention Rey stealing the Jedi books. So for all the criticism he gets, he actually doesn't do the things people criticizing him for.

By the way, I would have loved it if the Jedi had to end, I like that part. So I have a theory that people who don't like The Last Jedi, doesn't necessary know why. It's not the story, it's the style, the execution. It's much more complicated. The movie is just devoid of energy. 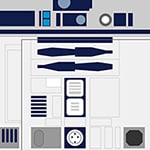 I keep seeing people calling this the last episode. Do we really think this will be the last “episode” in the series, that Disney will be content with ending the “episode” series? I fully expect a X-XII announcement soon after IX is released.
Reactions: holtge and Simon Massey 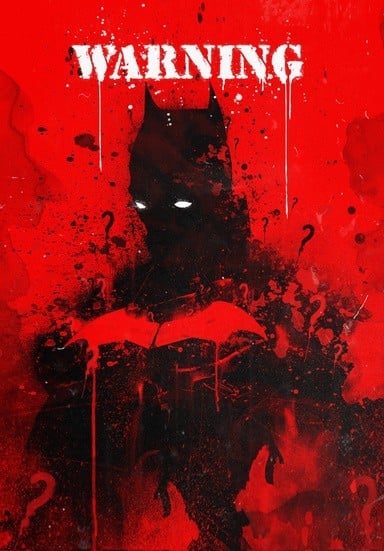 SamT said:
I don't remember the exact quote but at the end of the movie, Luke says something like Rey is the last Jedi
Click to expand...

No, he said he's not the last Jedi. That doesn't mean that Rey is the last one. She is the only one at the moment but not the last.

At least that's what I got out of that statement.
Reactions: Tim Glover

What I got out of the title "The Last Jedi" and Luke's declaration that he will not be the last Jedi, makes the title of the movie as a question like "Will Luke be the last Jedi?!?!?!" He is definitely the character in question that the title refers to, but the movie's answer is a definitive "no". I wouldn't even say that Rey is a Jedi yet, but Jedis will continue after Luke.
Reactions: Tim Glover and Jake Lipson

Chris Will said:
I fully expect a X-XII announcement soon after IX is released.
Click to expand...

Sure, they could possibly do that at some point. But if it does happen, I don't think it will be soon after Episode IX.

A hypothetical fourth trilogy in the current line would require the participation of Daisy Ridley, John Boyega, Oscar Isaac and (maybe) Adam Driver depending on the outcome of Episode IX. They all currently have three-film deals which will end with Episode IX, so they would be free to walk away after that. I think it would take something creatively really strong (plus, of course, probably significant raises) to get them to re-sign. They all appear to be interested in a variety of other projects, and while I'm sure they love doing Star Wars, I'm not sure if they would want to entertain the idea of coming back right away.

Plus, if there were to be a fourth trilogy, they would have to wait a long time before doing it. The saga films have been set up as a generational thing, which means it won't work if a hypothetical Episode X were filmed and released only a few years after Episode IX. It couldn't be "the continuing neverending adventures of Rey and company"; if they did another one, it would have to be Rey passing the torch to a new crew, which would require Daisy Ridley, etc. to age first in order to be able to fulfill the "old guard" roles.

Also, the episodic series has been defined by Disney as the Skywalker saga. The only two Skywalkers still standing are Leia (who, thanks to Carrie's unused footage, may not have to die in Episode IX but surely could not appear in a hypothetical Episode X as well) and Ben Solo/Kylo Ren, who may or may not survive Episode IX. So I don't really think it would be possible to make Episode X focusing on the Skywalker bloodline. That doesn't mean they can't do one that focuses on other characters, but if thy did, it would have to be a fundamental shift in how these films are constructed.

I think Disney is going to want to see how the public responds to the first Star Wars thing that has no connection to the current iteration. (Rogue One and Solo don't count in this regard because even though they're spinoffs, they connect directly to the original trilogy.) If Rian Johnson's and/or the Benioff/Weiss trilogies work, that will embolden them to continue in new directions. If not, they'll probably look a lot faster for ways to continue exploiting the characters we already know.

If there was a great idea, AND the core cast of the sequel trilogy were on board, I'd love to see Episode IX in a couple decades. But I just don't think it would work as an immediate continuation of Episode IX, which should absolutely be constructed as an ending with proper closure for these characters. That way, whether we get Episode IX or not, we're covered.

I'm glad that the sequel trilogy happened, but Return of the Jedi served as satisfying closure for 32 years before The Force Awakens came along, and if the sequel trilogy had never happened, it still would be. Episode IX needs to do that again, so that whether or not there is a fourth trilogy is irrelevant to this trilogy feeling like a complete, satisfying whole arc.
Last edited: Aug 19, 2018
Reactions: holtge and Simon Massey
You must log in or register to reply here.
Share:
Facebook Twitter Reddit Pinterest Tumblr WhatsApp Email Link