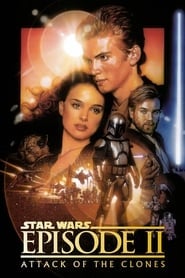 
Tagline: A Jedi Shall Not Know Anger. Nor Hatred. Nor Love.

Can you tell us what the music was like during the end battle scenes? I've read elsewhere that cues from TPM are just cut into the action without being re-scored. Do you remember if this happened on the print you saw, as some people are saying that it's not this way on every print.

I heard a couple of instances where the score sounded similar to Phantom Menace. I couldn't really tell if it was Re-Scored or not....

Thanks, Steven. If you didn't notice it I doubt I will either.

I was lucky enough to see it this morning. I'll admit that I was so excited about the action, story, etc., that I didn't notice the music in a lot of key sequences. There was a lot taken from TPM, but also a lot taken from the original trilogy. When I could settle down enough to pay attention, it sounded more to me like passages from the other works were worked into the new score, and not just cut or sampled in.

There is so much going on, one could easily miss stuff like this. I will pay closer attention to the smaller details on Wednesday....

Is the cue for Yoda's entrance(in the Hanger) on the CD?????

Hey Scott, How did you get to see it already. I live just north of Dayton, and never heard any thing about it. I must tell you my friend I am green now. Oh well I have my tickets already for the 12:01 showing. I waited this long,I guess I can wait a few more days. You must tell me though, does it live up to the hype.

I've seen it. It is EASILY the best movie out this year! I seriously doubt it will have any competition until Two Towers in December. It brings back what Star Wars is all about...COOL STUFF! Jango Fett, Count Dooku, Anakin and the Tuskens, Clones...MILLIONS of clones, neat ships, laser beams, lightsaber fights...with YODA!!!!! It has it all! I'll be seeing it, oh, at least 10 times. Then, then LONG wait until October and we FINALLY get to take it home! Go see it! Take your family, take your friends, take total strangers! Folks, Star Wars is back!

Steven, does the Anakin, Obi, Dooku fight stand up to Obi, Qui-Gon, Maul lightsaber fight from Episode I?

I keep hearing the lightsaber battles are short. This has me a bit worried.

I'm glad that Spider-man is here.

Ebert only gets one thumb. Roeper gets the other thumb. Ebert gave it a thumb down, and Roeper a thumb up.

Ebert's 2 star review has been discussed a great deal in the big 211 page thread. Nobody seems to understand his reasonings given his 3.5 star TPM review. Roeper certainly couldn't.

E!'s "Live From the Red Carpet" for the AOTC premiere was on earlier. They had cameras in Los Angeles and New York, talked to some actors going to see it and actors in it, had some backstory pieces and scenes from the film.
People interviewed in Los Angeles: Janine Turner (there with her daughter), Claire Danes, with friends Bonnie Piesse, who plays (Aunt) Beru Whitesun and Rose Byrne, who plays a character named Dormé, Ahmed Best, Samuel L. Jackson, and Ewan McGregor.
In New York: Susan Sarandon (with her son), Scott Wolf (and his Star Wars-loving mom), Natalie Portman (who looked like she was having a lot of fun) and James Earl Jones.
I assume Hayden was at the Toronto premiere, but he wasn't mentioned. Neither was Lucas (present or mentioned). The show was fairly sedate and didn't really convey any kind of excitement about the opening. Everyone who'd seen it said they liked it (including all 3 E! hosts) and people who hadn't seen it said they were looking forward to it. No suprises.
(I'm really just posting this so I can get the e-mail )
(edited for crappy spelling)

I am off to see Attack of the Clones at midnight wednesday in Glasgow. Anybody else as well.

Oscar Merkx
Movie information in first post provided by The Movie Database
You must log in or register to reply here.