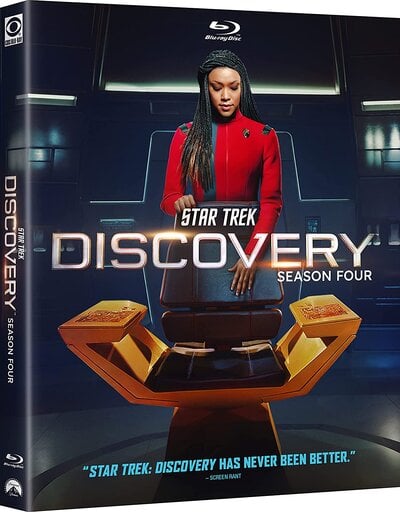 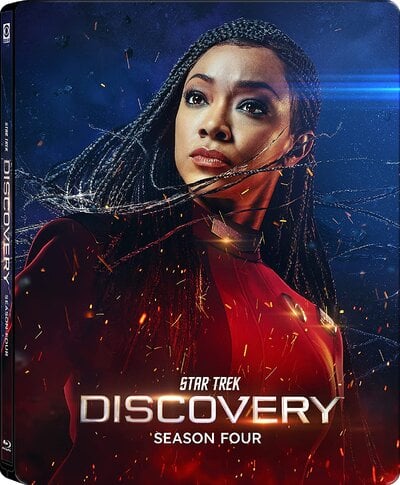 
The Paramount+ Original Series Arrives With Over 90 Minutes of Special Features, Including Exclusive Cast and Crew Interviews, Commentary,


● STAR TREK DISCOVERY: THE VOYAGE OF SEASON 4 - A continuation of the series, this behind-the-scenes featurette includes writers and producers as they discuss how their visions were realized by the cast, sets, costumes and props in Season Four.

● BEING MICHAEL BURNHAM: THE CAPTAIN’S LOG - From Sonequa Martin-Green, fans are taken through her personal journey as Captain Michael Burnham. Follow Martin-Green, as she sits in the Captain’s chair and shares intimate videos taken throughout the season, behind-the-scenes moments and interviews.

● CREATING SPACE - Fans can explore the VFX department to see their use of an AR wall for the immersive on-screen experience created for The Holodeck, which utilizes the largest AR wall to date.

● THE TOLL IT TOOK - From the writer’s room and prop building to costume fittings, the production stage and post, the cast and crew discuss the toll COVID took during the development of Season Four.

The collections will be released internationally on the following dates:

Nice to see that they're still doing SteelBooks for Discovery. When they didn't offer an SB for Lower Decks S2, I thought that might mean no more SBs for the other ST shows.

jayembee said:
When they didn't offer an SB for Lower Decks S2, I thought that might mean no more SBs for the other ST shows.
Click to expand...

Fingers crossed we get one for Strange New Worlds.