Culver City, CA (August 6, 2007) – Sam Katzman, the amazingly prolific and successful, if sometimes derided, producer who churned out over 200 B-movies and serials over a four-decade-plus career, finally gets a little respect via The Sam Katzman Collection, the latest entry in Sony Pictures Home Entertainment’s “Icons of Horror” DVD series. The two-disc set will be released Oct. 16th at SRP $24.95. The four features in the set are all making their DVD debut, and two have never been released in any video format. The highlight may be The Giant Claw, the infamous 1957 sci-fi thriller about a giant bird from outer space that chows down on people and planes; it stars genre veterans Jeff Morrow, Mara Corday and Morris Ankrum and is directed by Fred F. Sears. Another fan favorite is the self-explanatory Zombies Of Mora Tau (1957), also directed by Sears. It stars the 50’ Woman herself, Allison Hayes, and was written by blacklisted screenwriter Bernard Gordon (whose name has been restored for the packaging) under the name Raymond T. Marcus. The new-to-video titles include Creature With The Atom Brain (1955), written by the legendary horror/sci-fi writer Curt Siodmak and directed by Edward L. Cahn. It stars Richard Denning in a fast-paced gangsters-meet-reanimated-corpses tale. Cahn also directed The Werewolf (1956), an Atomic Age chiller about a man (Steven Ritch) who becomes the victim of a worthy scientific experiment gone horribly wrong.

Sony Pictures consultant Michael Schlesinger, who is supervising the collection, notes, “People like to make fun of Katzman’s films, but they’re generally quite well made, given their budgets and schedules, and remain entertaining today. The Werewolf, in particular, generates real poignancy in Ritch’s plight; it’s not at all a standard wolfman movie. And the only thing wrong with Giant Claw is the hokey bird itself; had Ray Harryhausen done the effects, it would be considered a minor classic today. That Sam had the sense to hire great writers like Siodmak and Gordon proves he took these things very seriously, no matter how far-fetched their premises may be. And that goes for directors as well—Sears used a bubble machine to simulate an underwater oxygen tank in Zombies; that shows a level of ingenuity many quickie filmmakers lack.” The set also includes the original trailers for all four features, plus bonus trailers, as well as Chapter 2 of Katzman’s 1951 serial version of Mysterious Island, directed by the renowned Spencer Gordon Bennet. Rounding out the package are a pair of “scary” shorts: a 1959 Mr. Magoo cartoon, Terror Faces Magoo, and an extremely rare two-reel comedy from 1936, Midnight Blunders, starring Tom Kennedy and Monte Collins as a pair of bumbling detectives who cross paths with a Frankenstein-ish monster.

Why Chapter 2 and not 1? Explains Schlesinger: “The first chapter is all exposition and frankly not very exciting. I thought it would be better to get right to the action. And in any event, it opens with a recap, plus everyone already knows the story from the 1961 Harryhausen version or the Jules Verne novel.” Born in New York City on July 7th, 1901, Katzman entered the movies in 1914 as a prop boy, and slowly worked his way up the ladder to production manager by 1933. The following year, he became a producer, a position he enjoyed until his death in 1973. (He also directed a few films in 1937). Though his pictures were almost always low-budget, he did sometimes land stars as big as Elvis Presley, Lucille Ball, Bela Lugosi, Gene Barry and Dana Andrews, as well as such music icons as Louis Armstrong, Johnny Cash, Little Richard and Roy Orbison. And while this is the first SPHE release to bear his name, four of his early rock-‘n’-roll time capsules debuted on Sony DVDs earlier this year: Rock Around The Clock and Don’t Knock The Rock, and their 1960s remakes, Twist Around The Clock and Don’t Knock The Twist.

The Sam Katzman Collection carries a list price of $24.95. All four features are presented in glorious black-and-white and their original 1.85:1 theatrical aspect ratio. The films are unrated, but are all suitable for family viewing.

LOL! It makes you wonder if they've actually watched the film?

Now I love The Giant Claw, but let's be honest, the goofy bird might be it;s most glaring failing, but it's by no means the only thing wrong there. Any doubts abut that are quickly settled by listening to some of the absurd dialogue and pseudo-science gobbledegook uttered by the cardboard cutout characters, which even poor Jeff Morrow and Mara Corday can't rescue from the depths of banality.

A minor classic? I don't think so.

Now don;t get the wrong idea, this is one of my favourite films, but mostly, because it's such a wonderful example of just how bad 1950's "B" features could get.

Except for the bird, I don't think "The Giant Claw" is much worse than Universal-International's 1950s science-fiction films. (Didn't they all have ridiculous pseudo-scientific gobbledegook? Even the good ones -- "The Incredible Shrinking Man" would have us believe the whole thing was caused by first getting sprayed by insecticide, and then passing through a radioactive mist.) "Claw" even has Universal's "stars," such as they were.

If the bird had been decent, the scene of it eating the guys on parachutes would be a classic.

I'm really excited about this set and I'm glad Sony is continuing their "icons" series. THE WEREWOLF in particular is a good film.

I'm curious as to why THE MAN WHO TURNED TO STONE was left off since TCM just ran a remastered print. Either way, a good set.

This should be a fun set. I'm looking forward to this release.

Kudos to Columbia for releasing these films in the correct widescreen aspect ratio!

Wow now theres a surprise and very good news indeed! Universal could learn from this one.

holy crap!! I WANT THESE TOO!! And it's sony??? Usually only Warners put these out! CHEEERS TO SONY!!

Press release says "latest" did I miss one of these horror sets? Cause I'm going to be upset if I did.
T

I haven't watched the Karloff one though, it came in November after the horror challenge, so I've been waiting A WHOLE YEAR to watch them. It better be worth it, or I'll be really upset.

And some stores don't list it under the "Icons of Horror" title, but instead under "Karloff" instead.

Likewise, the Katzman set. You may have to try both "icons of horror" and then "katzman" because different stores use one or the other.

Amazon use both making them easy to find there. 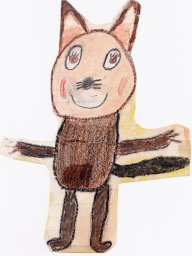 Very old thread , Not sure where else to post this . I noticed today that "The Werewolf 1956" is streaming in HD on Amazon probably other sights too . I did not know this . What other classic sci/fi horror are streaming with no bluray ?
"When worlds collide" and "War of the worlds" is on ITunes and in 4k . Geez I want physical media that I actually own darn it .
From the Katsman collection you can get The Giant Claw on blu-ray from Germany , The way shout factory has been putting stuff out lately and Universal licensing most of their old catalog we might get a lot more I hope and not just streaming . I do prefer box sets as the Boutique labels really start adding up one by one .
You must log in or register to reply here.
Share:
Facebook Twitter Reddit Pinterest Tumblr WhatsApp Email Link