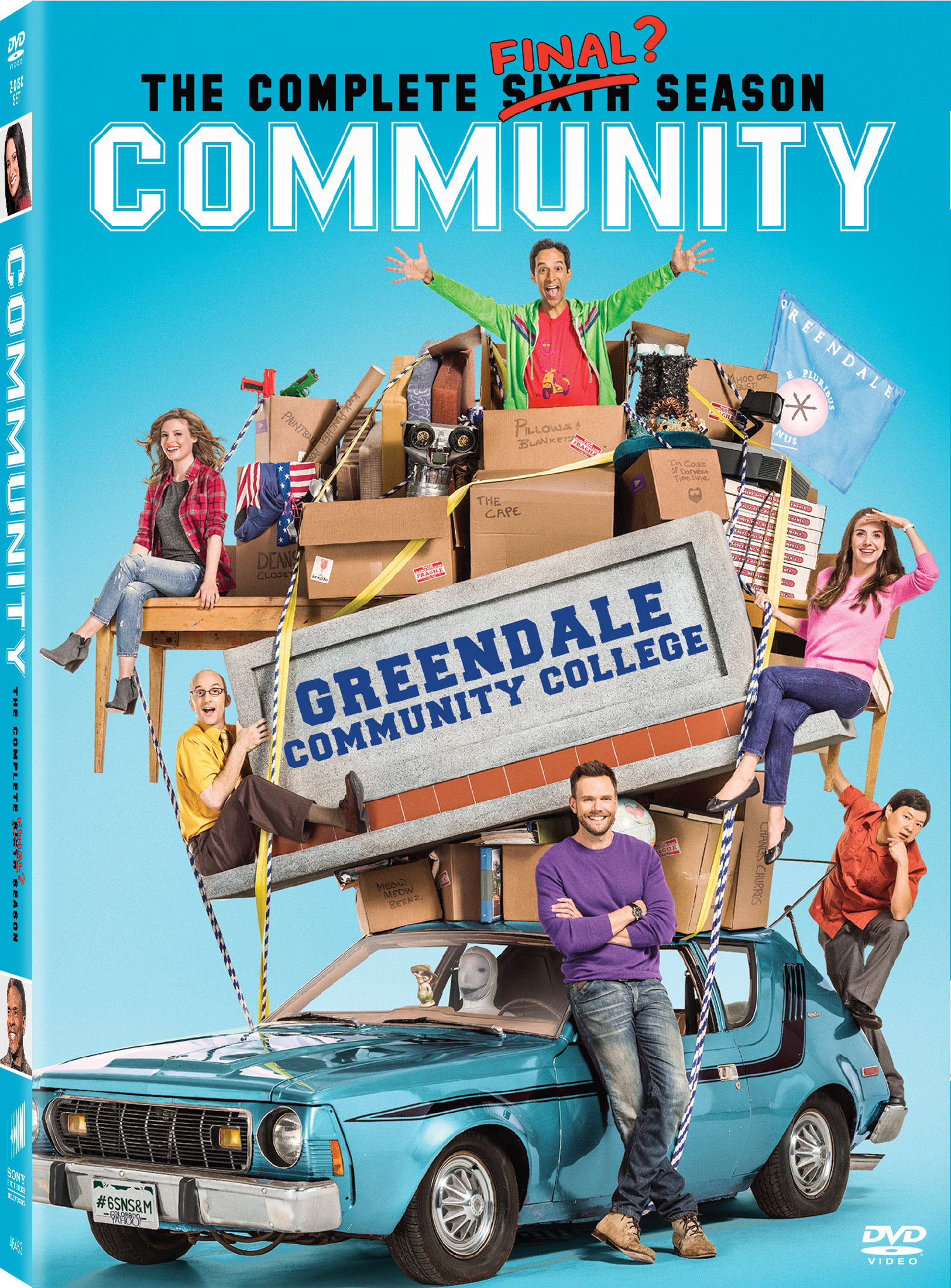 Fans Get Schooled One Last Time

COMMUNITY: THE COMPLETE FINAL SEASON? contains all 13 half-hour episodes as well as featurettes, deleted scenes and a gag reel. Community Trivia has the cast and crew of Community answering trivia questions about the last six seasons of the show. Six Seasons and a Finale takes the viewer on set during the taping of the final episode to hear what Dan Harmon and cast thought about filming Season 6. The Gag Reel gives viewers a chance to laugh along with the cast and crew as they crack each other up during the taping of Season 6! Also included are six never-before-seen deleted scenes saved from the cutting room floor.

SYNOPSIS:
Hacked e-mails, virtual reality, schlocky sci-fi filmmaking, grifting, forbidden paintball, a giant hand, a wedding and a stage adaptation of The Karate Kid Welcome back for one crazy year at Greendale Community College! Though the Study Group-turned-Committee to Save Greendale has succeeded in their mission (well, almost), Dean Pelton (Jim Rash) has hired a by-the-books administrative consultant (Paget Brewster) to help improve the schools day-to-day operations. This, of course, doesnt exactly sit well with everyone in the group and, as a result, theyll see changes good and bad at their beloved school.

COMMUNITY is a Universal Television production in association with Sony Pictures Television.

COMMUNITY: THE COMPLETE FINAL SEASON? is not rated.

ACADEMY AWARD® is the registered trademark and service mark of the Academy of Motion Picture Arts and Sciences.