Lu (Chen Daoming) and Feng (Gong Li) are a devoted couple forced to separate when Lu is arrested and sent to a labor camp as a political prisoner during the Cultural Revolution. When Lu is released years later, he returns home to find his beloved wife has amnesia and remembers little of her past. Unable to recognize him, she still patiently awaits her husbands return. A stranger within his own family, Lu is determined to awaken his wifes memory through gentle displays of unconditional and eternal love.

COMING HOME is directed by Zhang Yimou with a screenplay by Zou Jingzhi based on the novel by Yan Geling. It is produced by Jia Yueting, Jerry Ye, Bill Kong, Li Li, Yifang Zhao and Zhang Zhao. The film stars Chen Daoming, Gong Li and Zhang Huiwen.


COMING HOME has a running time of approximately 109 minutes. It is rated PG-13 for some thematic material. The film is in Mandarin with English subtitles.


"Academy Award®" is the registered trademark & service mark of the Academy of Motion Picture Arts & Sciences.


Sony Pictures Entertainment can be found on the World Wide Web at http://www.sonypictures.com.​ 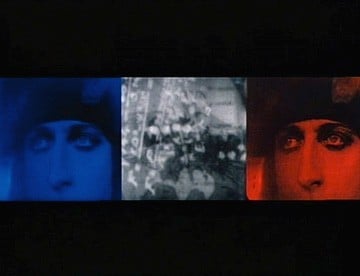 I wish Sony would be more specific in their press releases. This film has a Dolby Atmos mix, so I'm wondering if Sony will include it. If not, that would be extremely disappointing.


EDIT: Never mind, here is what is listed on the back cover:


At least they got that all-important lossless Portuguese dubbed audio track on the disc.


The Japanese Blu-ray from GAGA has the Atmos track, but is apparently somehow on a BD-25 disc (despite carrying a TrueHD dub and extras) and obviously, not English-friendly.


Apparently, the French BD (which came first) has only DTS-HD MA 5.1.

A film about love in its purest, most unselfish form. The two central performances are flawless. IMO, the best film about love since the magnificent AMOUR.
You must log in or register to reply here.

SPHE Press Release: The Diary of a Teenage Girl (Blu-ray)