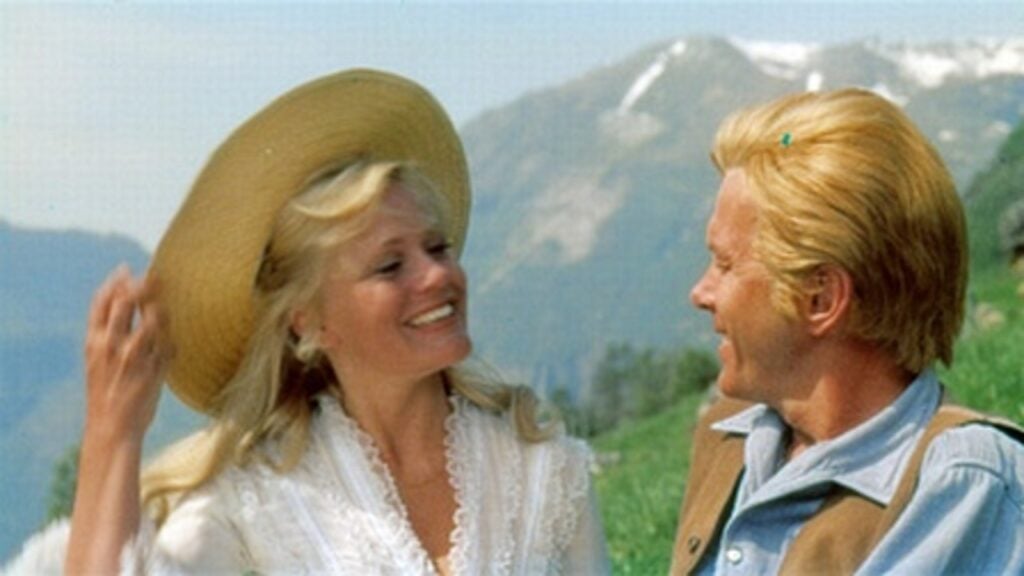 For what it's worth, I worked with choreographer Lee Theodore for many years as the Stage Manager of
THE AMERICAN DANCE MACHINE. She not only wouldn't discuss making the film, she'd only refer to
it as "that movie".

PODER said:
For what it's worth, I worked with choreographer Lee Theodore for many years as the Stage Manager of
THE AMERICAN DANCE MACHINE. She not only wouldn't discuss making the film, she'd only refer to
it as "that movie".
Click to expand...

Her obituary didn't either. I didn't know she originated the role of Anybodys in West Side Story.

That audio commentary sounds dreadful if they deliberately keep going off-topic. Is the movie really that bad if they'd rather talk about something else*? I never heard good things about it from anyone; this is honestly the most magnanimous review I've read of it. Do they even mention why ABC chose this show to make into a film? Ironically, a lot of the concurrent counter-cultural movies that looked more favorable to movie studios at the time because they were less expensive to produce look even more like products of their time now than they did then.

*Especially when its owners don't want to release the movie with "Song of" in its name that they actually did make.
Last edited: Apr 10, 2020
J

Not seen it since its Cinerama release.
Don't recall it so bad it is unwatchable and thought it reasonably entertaining. to pass a few hours.
And if you are going to make a "bad" movie,make it in Super Panavision 70!

Stone's career arc from STORMY WEATHER to hardboiled crime and action pictures like THE STEEL TRAP and CRY TERROR! and THE LAST VOYAGE to this and THE GREAT WALTZ is a curious one. Kino must disinter that final flop next.

PODER said:
For what it's worth, I worked with choreographer Lee Theodore for many years as the Stage Manager of
THE AMERICAN DANCE MACHINE. She not only wouldn't discuss making the film, she'd only refer to
it as "that movie".
Click to expand...

Seeing how her work got chopped up so unnecessarily, I can understand her disdain.

Matt Hough said:
Seeing how her work got chopped up so unnecessarily, I can understand her disdain.
Click to expand...

What's shocking about that is that the director's wife edited the film!

I could never find this for rent or sale anywhere in an actual physical store. Magnetic Video brought it out relatively early in home video's life: 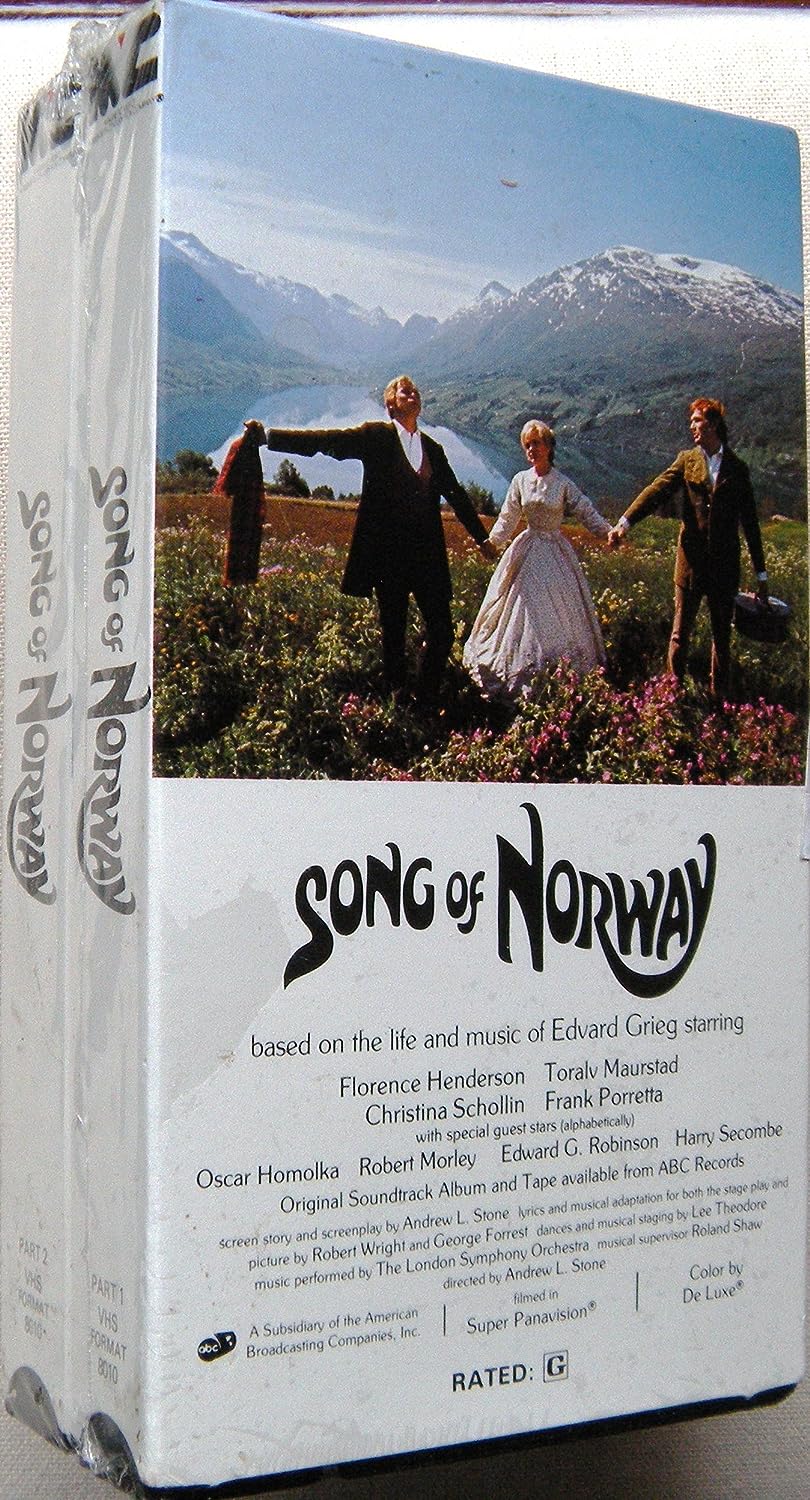 CBS/Fox inherited the rights and re-released it in Hi-fi Stereo through Playhouse Video and kept the faux-Sound of Music title font to sell it to children*:

The last time it was on VHS was when Anchor Bay got the rights along with some other ABC titles. Unlike many of the Disney titles they got, this was just for VHS, and with a godawful cover with Florence Henderson's face from about 20 years later photoshopped in!

*Which begs the question of why the original print ads and video seem to inadvertently suggest a ménage à trois for a supposedly G-rated film.
Last edited: Apr 10, 2020

Good and fair summation of this film Matt.
I saw it at age 11 in Easter '71 in Geelong, Victoria. Was somewhat non-plussed but curious to see it now to better assess its pros and cons. I think Edward G. Robinson stood out, for memory. THE BRADY BUNCH had recently begun on Australian TV, so Florence Henderson was known to me. Her overly cute song with the children probably has its basis further back with Getting To Know You (that is, if it was not in the 1944 Broadway show).
A few '40's shows filmed much later seem to have suffered major plot changes (eg. PAINT YOUR WAGON). I can only guess that the non-singing male lead was a star in Europe and cast for that market. I have not heard of him since.
Wright and Forrest did something similar with the music of Alexander Borodin and KISMET nine years later. I would say that that play and film are more highly esteemed then and now, although the movie adaptation was also not financially successful and has its flaws.
I only saw SONG OF NORWAY in 35mm, but I recall it revived in Melbourne in 1975 with THE SOUND OF MUSIC in 70mm and it no doubt played in that format originally. I think it was reasonably popular here, as many musicals were in that era despite disappointing box office figures elsewhere (egs. MAME, LOST HORIZON, SWEET CHARITY). I am curious to see the other Andrew L. Stone failure, the remake of THE GREAT WALTZ, which is very hard to view and assess at present. Maybe Warner Archive could take a chance with it if NORWAY sells well. I'm sure both films have devoted followings, if only for their scores and scenery. Glad Kino unearthed this movie from pirate/pan&amp;scan ignominy.

Apparently, 20 years earlier, there was an aborted attempt to make a British film out of it … with John Mills! Rank and Universal were going to co-produce it, but it never happened.


lionel59 said:
Wright and Forrest did something similar with the music of Alexander Borodin and KISMET nine years later. I would say that that play and film are more highly esteemed then and now, although the movie adaptation was also not financially successful and has its flaws.
Click to expand...

Even if Vincente Minnelli only did it on the grounds that he could also direct Lust for Life, Kismet, which I have actually been in on stage, at least got made at M-G-M right before the musical units started to slow down and then shut down altogether. That was also better-known because of a non-musical 1944 Technicolor film with Marlene Dietrich, itself taken from a 1911 play by Edward Knoblock. Interesting how they chose Russian music, that of Alexander Borodin, to tell a story set in the Middle East. If anything, Borodin had a more interesting life since he was also a chemist in addition to being a composer.

Minnelli couldn't do this and still do On a Clear Day You Can See Forever, which also had a European male lead.
Last edited: Apr 10, 2020

Wow. Interesting factoid I was completely unaware of. It may have been a better movie, although the score would have to have been altered a good deal to make Grieg a non-singing role. Mills would have acted the part well. Maybe someone like Anna Neagle could
have been in the Henderson role.
FINIAN'S RAINBOW was originally planned as an animated movie with Frank Sinatra and Ella Fitzgerald voicing roles. The recordings made are on a Sinatra boxed set which I own.
R

George Balanchine choreographed the original stage production as Agnes DeMille did the original choreography of Paint your Wagon. They must have been something to see.
I remember It playing at the Cinerama on Broadway and while the sort of movie I would want to see avoided it as the reviews across the board were so terrible with Kael saying it looked like it was literally made by trolls.
I of course would have ignored this if not for Florence Henderson. She was so grating and annoying to me that I couldn't imagine sitting through a Super Panavision 70 musical with her. Even though I was a boy I found the Brady Bunch unwatchable despite having had a taste for insipid family sitcoms. Amazingly she worked with Broadway's very best from the golden age which never ceases to amaze me. Clearly I'm in the minority concerning her talents. She seems like she was a very nice woman in any case.
Who is that beauty in the photo? It's telling that's not Henderson. She should have played the role. With those looks if she can't sing dub her! The film lost money, but it wasn't a financial disaster on the scale of Doctor Dolittle. Of course, it only cost $3.8 million to make. If Dolittle could have been made for that, it would have been profitable. The commentators in discussing the large scale musical flops of the era mention Finian's Rainbow which, of course, did NOT end up in the red, just another bit of misinformation passed along perpetuating that myth.

roxy1927 said:
Who is that beauty in the photo? It's telling that's not Henderson. She should have played the role. With those looks if she can't sing dub her!
Click to expand...

That's Christina Schollin, the second female lead. She does sing a tiny bit in the movie with an unsteady contralto, so she would have to have been dubbed if she had been given the lead. It's a shame Barbara Cook wasn't cast in Henderson's part. Her amazing soprano would have made Nina's songs really special rather than merely pleasant.
Last edited: Apr 11, 2020

This is on my “someday-the-border-will-re-open-and-I-can-order-this-and-get-to-my-PO-box-list”. I was a big collector of 78s in the late ‘60s and SON(1944) was the first 12” 78 album I found. Apparently it was a best seller released second to the“Oklahoma” OC recording. It is an almost complete recording running almost 1 hour. The entire thing had to be cut down to eventually play on 1 LP. It got heavy play at our house especially after I dubbed it onto a cassette. I still play the amazingly cleaned up CD occasionally.

I was supremely disappointed in the film version. The plot was cheesy on the 78s, but why film a musical famous for its music and change most of the songs (a strangely common practice) is beyond me.

I’m generally not familiar with these kind of movies. I’ve seen and liked The Sound of Music, but otherwise haven’t ever gotten familiar with them. None the less I’m also SUPER tempted to see just how bad it is.
M

“Fascinatingly ill-advised” would be my take

What stuck out for me was an animated sequence with giants coming over the mountain that is completely out of nowhere and kind of disturbing.
J

not to get off subject Roland,but how long did 2001 run at the Casino?
I recall that it was pulled too early as MGM were sure they had a smash hit with Ice Station Zebra,but thought it managed at least a year.
J

Marc Hampton said:
What stuck out for me was an animated sequence with giants coming over the mountain that is completely out of nowhere and kind of disturbing.
Click to expand...

I think that sequence is meant to reflect that the music was from the troll sequence in Peer Gynt which then was Grieg's most popular music save his piano concerto.
You must log in or register to reply here.