i come on here every morning thinking i will see some announcement from Warner Bros. about the new releases for the rest of Dec and Jan, but it's been dry in that department. i'm eagelry awaiting what will be released next...the Harlow set, the silents we were promised or the Spencer Tracy set. any comments???

I agree. In general, it seems (to me at least) classic DVD releases are fewer and fewer. I am (exceedingly) grateful for the ones we do get but I always hunger for more. After all, my wish list still has 787 titles on it.

I also eagerly await classic release announcements. I thought WB at one
point indicated we could expect another Powell-Loy set, this time
including all the films they made together other than the 'Thin
Man' series.

yeah but that's not till next year. i'm still wondering what happend to i'll cry tomorrow with susan hayward??

I am also curious as to the lack of Classic film DVD titles. Fox is scarily silent (Wheres's the Hemingway Boxset, A Doris Day Boxset, The Egyptian, Garden of Evil to name a few) and although Warners has been delivering the goods all year , I sure hope it continues in 2007! I'm hoping for the new HOW THE WEST WAS WON : a Natalie Wood Boxset would be great, Goodbye Mr Chips (O'Toole), Far From the Madding Crowd, Caged, I'll Cry Tomorrow, The Devils, Performance, O Lucky Man......and so many more!
How about an HD Ryan's Daughter?

Tell me about it! I am thrilled about the Bogart box set I just purchased, and I am really excited about Tuesday's MGM Horror Set, but there are so many boxes that were discussed and seems to have been forgotten : the Spencer Tracy set, the Esther Williams films, the Harlow films. And Fox just seems to have stopped all announcements about future releases. I realize the companies cannot release everything I want to see but it is so frustrating.
G

FOX has been pretty slow lately. Where are the classics?

Yeah I've also been wondering about the lack of announcements for Dec/Jan. At one time I used to check HTF Software twice a day but now it's dwindled to maybe twice a week.

I've really been hoping for those MIA Kubrick SE's but it doesn't look like those will happen anytime soon. It also looks like the FOX Noir line is DOA. That's too bad.

I will say that the day the major studio's stop releasing catalog titles on DVD (classics, cult, B movies, or whatever) is the day I find a new hobby to spend my money on (which is maybe not such a bad thing the more I think about it).

Warner are doing OK, Brando, Newman, Cooper, and Burton / Taylor sets all due in November & December. Plus the pre-code 2 disc set.

I think Fox is the more mysterious case, I was hoping they would have another series of CinemaScope Westerns for the end of the year. I really enjoyed These Thousand Hills, The Proud Ones, and The Last Wagon.

I believe that Fox originally announced it would release 24 Noirs, so it seems to be generally believed there will be at least one more batch (and hopefully "Boomerang" also).

Fox has released a lot in the past and still has a lot in its vault. Hopefully this is just a pause (he says with crossed fingers).

Don't forget Warner is also releasing the Classic Comedy Teams set (Laurel & Hardy, 3 Stooges, Abbott & Costello), Forbidden Hollywood V.1, and the DVD Decision titles (first wave) all within the Nov.-Dec. time frame (not to mention the amazing Superman mega box, not to mention the weekly box of goodies they've set up for THIS month. So I agree that Warner is certainly not slowing down, and their releases continue to amaze me.

Fox has probably decided to put all its resources behind their big Rodgers & Hammerstein promotion, their awful Star Wars re-hash, and their big new theatrical release. With the exception of Charlie Chan, most of their classics sold very poorly this year (so I'm told), therefore this may mean they may be taking a break, until they try again next year.

I'm hoping this may be the year that SONY may finally get their act together, now that they have new management. They are sitting on too many great films that need to be on DVD.

Fox hasn't entirely abandoned catalog titles, but there does seem to be a shift towards films of the '60s and '70s over the studio era. They're releasing a bunch of spy thrillers in November, presumably to coincide with the new Bond film, and a trio of Michael Caine movies later this month.

Kind of scary. THE MAGUS and PEEPER are among the most notorious failures (with no redeeming qualities) of Fox's late '60s - early '70s period.

More proof that Fox is more often clueless than not.

I have been waiting for that Bombshell Jean Harlow Collection for a long time. I hope it is officially announced soon. I also look forward to the Powell & Loy set and really wish Warner would release quality collections of Wheeler & Woolsey. Other Collections Warner's should look into that they have not announced are sets for the films of Joe E. Brown and a set of all of the Hildegarde Withers mysteries or at least the ones with Edna May Oliver. Still Wheeler & Woolsey are much more needed.

As for Fox, I hope Moto did well enough for volume 2 to come soon and I am glad to hear that Chan is selling well. When exactly can we expect to see the Michael Shayne collection Fox advertised for in the Charlie Chan Volume 1 boxset?

I have no complaints about Warners' releases. They're putting out a lot of classic titles on a regular basis and double dips like THE MALTESE FALCON generally have added value for the buyer. Other studios could definitely take a lesson from them.

Yes, I had read that Fox's classic titles (other than CHAN) didn't do well, but I truthfully think they priced themselves out of big sales. That Jayne Mansfield box set was just too high for only three movies, for example.

I do hope they continue releasing the Shirley Temple films. I haven't read about how their previous Temple releases have done.

Same could be said of their Clark Gable box. They need to get their prices more in line with Warners and then they will sell better.

Moto Vol 2 is a certainty, although the timing is unknown. Fox originally planned to have the first 3 Chan sets and both Moto sets released in 2006. For reasons unknown they've slowed down the pace of the releases. The Shayne announcement, which shocked me, has not been followed up with any kind of additional info that I'm aware of.

Not to sound like a broken record, but Fox needs to lower their box set prices to be more competive and encourage more blind buys. The pool of people who are willing to spend drop $50 (discounted from $60) on 4 Will Rogers films has to be pretty small. Of the many Fox boxes at my local Costco this past year, only the Chan and Moto sets sold out (no, I didn't buy all of them having purchased my copies online through a HTF sponsor) but the Rogers, Gable, Mansfield, Grable boxes just sat there with virtually no movement. Fox also needs to get these boxes in slimcases to not only save consumers space but also to entice B&M retailers to stock more of their product.

As to the topic of the thread...there are more than enough classic releases the remainder of this year to keep me broke. Tarzan Vol 2, the Superman serials as well as additional installments of Perry Mason and The Adventures of Superman are some that are coming before the end of 2006. I'm more than ok to wait until '07 for the other releases if only to ease the monetary pain. If too many come out at once they certain ones tend to get overlooked.

yeah i'm hoping fox releases some more alice faye and hopefully the sonja henie ice spectaculars. i would also like some more tyrone power. its high time we get blood and sand. i watched that stardust bette davis documetary on tcm and it made me want bette davis V3 even more.

The new "Playboy" (November) has a ** review of something called THE FOX SPY COLLECTION (1966-1969) containing THE ULTIMATE FLINT COLLECTION, THE CHAIRMAN, and THE QUILLER MEMORANDUM and "packed with featurettes for the die-hard fans of the genre," but no mention of THE KREMLIN LETTER (1970), a title that has yet to be listed on Amazon. Does anybody know anythingb about this? By the by, "Playboy gave a very favorable review to A TREE GROWS IN BROOKLYN dvd before Fox abruptly yanked it, 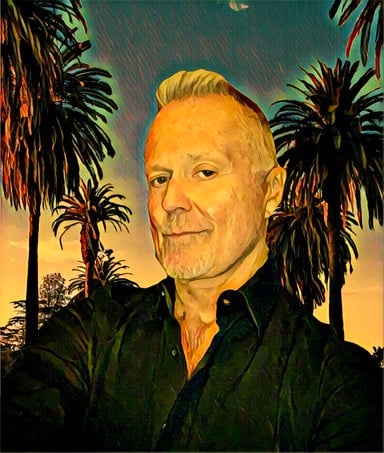 I am still waiting for..............
"Portrait In Black"
"Move Over Darling"
"She Devil"-1957
"Back Street"-62
"Magnificent Obsession"
"Midnight Lace"
"Tarnished Angels"
"Madame X"
"Love Has Many Faces"
"Caprice"
"Mame"
"Harriet Craig"
"Do Not Disturb"
"No Down Payment"
"Rally Round The Flag Boys"
"The Bramble Bush"
"All The Fine Young Cannibals"
"The Dark At The Top of The Stairs"
"Ice Palace"
"A Summer Place"
"Parrish"
"Claudelle Inglish"
"Harlow" both versions
"Home From The Hill"
"Cimmaron" -6o
"Flamingo Road"
"Ten North Fredrick"
"Tender Is The Night"
"By Love Posessed"
"The Naked Edge"
"The Lost World"
"Some Came Running"
"My Geisha"
"House Of Women"
"The Egyptian"
"One Eyed Jacks" not the domain edition
"Johnny Guitar"
"Desire In The Dust"
To name a few I am waiting for................
You must log in or register to reply here.
Share:
Facebook Twitter Reddit Pinterest Tumblr WhatsApp Email Link