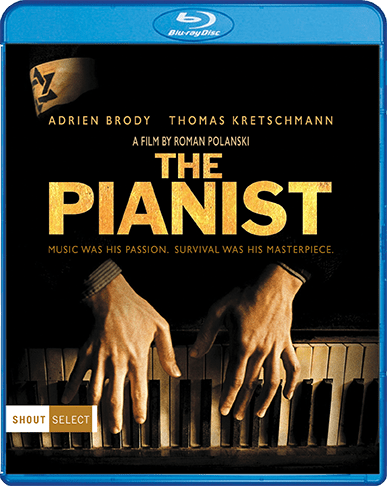 Director Roman Polanski won both an Oscar®* and a BAFTA for this compelling film which is based on a true story. They were degraded, they were hoarded up, and they were sent to die. A brave few fought back, but one man would not be beaten, would not be taken, and would remain defiant. Wladyslaw Szpilman (Adrien Brody in an Oscar®-winning* performance), a brilliant Polish pianist, a Jew, escapes deportation. Forced to live in the heart of the Warsaw ghetto, he shares the suffering, the humiliation and the struggles, and manages to escape and hide in the ruins of the capital.

I already have this on Blu Ray... this doesn’t say if it’s a new transfer or not. I’ll get it if the bonus features are new and/or better...

battlebeast said:
I already have this on Blu Ray... this doesn’t say if it’s a new transfer or not. I’ll get it if the bonus features are new and/or better...
Click to expand...

Shout did get Polanski to do an interview for their release of The Tenant so maybe there will be one with him on this disc too.
You must log in or register to reply here.