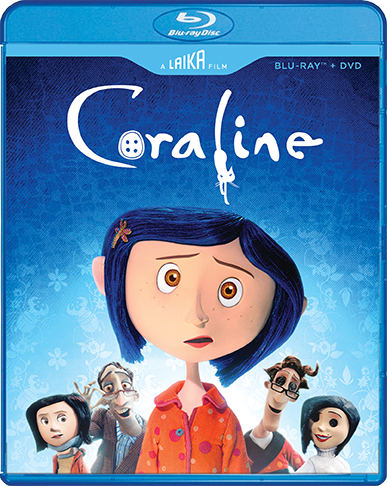 "A Remarkable Feat Of The Imagination" – Kenneth Turan, Los Angeles Times
From Henry Selick, the director of The Nightmare Before Christmas and James And The Giant Peach, comes a visually stunning stop-motion feature!
Coraline Jones is bored in her new home until she finds a secret door that leads into a world that’s just like her own ... but better! But when this fantastical adventure turns dangerous and her "other" mother tries to keep her forever, Coraline must count on her resourcefulness and bravery to get home.

Really need this one in 4K UHD with HDR. The 3D version was phenomenal though.

Yeah, so now Shout! is releasing a non-3D, 1080p of CORALINE. Same with BOXTROLLS. Sorry, I don't get it. Yes, the 3D editions are still available from overseas. Glad I kept my originals.
You must log in or register to reply here.