I'm not sure if a topic already exists on this movie or not, I did a search and didn't turn up one but if there is I apologize.

I watched this movie earlier this month on the Independent Film Channel and was mesmerized by it's story, I had never heard of Stephen Glass or the scandal that ensued after it was discovered that he had been fabricating stories while writing for The New Republic, I was amazed that someone could deceive so many for so long and the movie gave me some insight into how that could have happened.

I immediately knew that I wanted to own this and so I went to my local Coconuts and Best Buy but both didn't carry it, but I could special order it at Coconuts and so that's what I did. I picked it up the other day and just finished watching the commentary with director Billy Ray and the real Chuck Lane, who was Glass' editor at the time everything came out.

If you own this film but haven't yet watched the commentary I highly recommend you do so, it really gives you insight into Glass' various methods of deception and why everyone was so eager to believe him. And to those who have never heard of the film I also highly recommend you give it at least a rental.

I love this movie! It shows that Hayden Christensen can carry something other than a Lightsaber, he was awesome in this role and from the interview I watched with the real Stephen Glass he nailed him, down to his nervous and defensive manner of speaking. 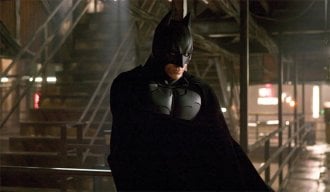 I saw this a couple years ago, great movie. I think it recieved some Academy nominations, if I'm not mistaken.

According to the DVD case Peter Sarsgaard was the winner of several different awards for this and IMO he earned them all, he was great.

One of things that I like about the movie is how awkward it makes the viewer feel, after Stephen gets busted dead to rights he still continues to insist that he was telling the truth by piling one lie on top of another and you almost can't look at the screen because of how embarrasing it is. It brings back that feeling of getting caught in a lie as a kid by your parents or teacher lol.

In Glass' case I don't know if he had a psychological disorder that caused him to constantly lie or if he simply made up one story, it passed by the chain of fact checkers and was published and then he knew he could get away with it and just kept doing it. The lengths that he went to to carry out his fabrications was brilliant, extraordinary and also brazen in the extreme.

The sad thing is with his obvious writing talent and imagination he could have been a great fiction novelist.

Excellent, excellent film. The wife and I watched it on our vacation back in late September...we both really enjoyed it. Very emotional too, since you can't believe what he's trying to get away with. You end up feeling sorry for him in a weird sort of way.

It's interesting to note that in real life when Chuck Lane got the phone call from George Sims, the supposed CEO of Jukt Micronics, he states on the commentary that he always thought that voice on the other end sounded a lot like Steve lol, which makes sense since as we all know turned out to be his brother.

Also, according to Lane, every word of the conference call with Forbes Digital was taken right from the transcripts and what you hear in the film is 100% accurate. Billy Ray structured the film is such a way where it felt like we were sitting in on another outrageous pitch meeting with Glass and that by the end of the movie Ray chose to just sort of abruptly end the film, which is akin to us walking away from another Stephen Glass lie.

I've told everyone that I know about this movie and they have all added it to their NetFlix queues.

That scene did play very much like real life. I've been involved in conference calls and meetings where stories and methodologies are questioned...and it is almost exactly like that scene.

Another hilariously brazen thing that Glass tried and was revealed in the commentary, was that he was at the office all night long the night before he first showed Lane Jukt Micronics "website" and gave him the fake business card, this is also when he created the phony website.

Lane said that after looking into it it was discovered that in the middle of the night Glass tried to go to a local Kinko's to get a phony business card made up, but when he realized they were closed he had to make a crude one himself.

If you look at the card closely in the film you can see a pencil dot in the lower right hand corner, this is from where he actually drew it out and then cut it out with scissors, Lane confirmed that this was accurate to how the actual "business card" looked lol.

And don't feel bad for him, according to Lane one of Glass' methods for turning a situation back to his favour was by manipulating the feelings of others by trying to turn himself into a victim. When you see him doing this in the film it, like everything else, was all bullshit.
You must log in or register to reply here.
Share:
Facebook Twitter Reddit Pinterest Tumblr WhatsApp Email Link