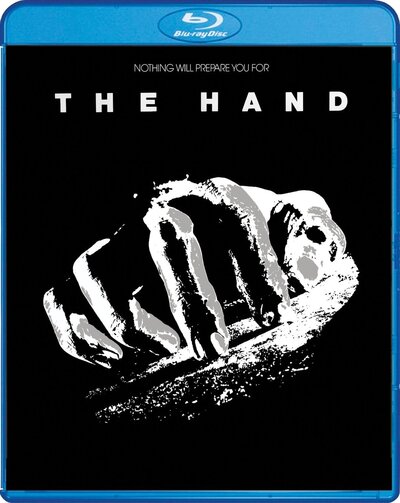 Oliver Stone’s psychological thriller THE HAND (1981) will be crawling onto Blu-ray for the first time in North America on May 25th!

A gifted cartoonist's life comes apart at the seams when his drawing hand is accidentally severed. Slowly he tries to adjust ... but a terrifying evil creeps into his consciousness. And one by one, the people who stand in his way begin to die.

Extras to be announced on a later date but we can confirm at this time that we will have an all-new HD transfer of the film! Pre-order now @ https://bit.ly/36UOzmr

Hmm. Another Warner Bros film being licensed out. I kinda like this movie, as bad as it is. Guess even Michael Caine needed an urgent financial boost once in a while,
C

I like this movie and James Horner's unreleased score is an added bonus. Michael Caine is always good to watch and not many if any actors like him around today.
You must log in or register to reply here.