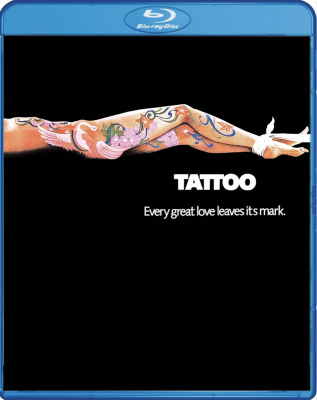 Get inked this Summer with the terrifying 1981 controversial thriller TATTOO. Coming to Blu-ray for the first time in North America!

A tattoo artist (Bruce Dern, The Hateful Eight) kidnaps a model who has become his obsession. Maud Adams (Octopussy) gives a riveting performance as the woman of his evil desires … and the canvas for his full-bodied, ink-laden art. Director Bob Brooks (Space: 1999) combines eroticism, sexuality and love to make Tattoo one of the most suspenseful thrillers ever filmed.

Street date: 7/14. Extras are in progress and will be announced on a later date. Pre-order now @ https://www.shoutfactory.com/product/tattoo?product_id=7399
Last edited: Apr 2, 2020