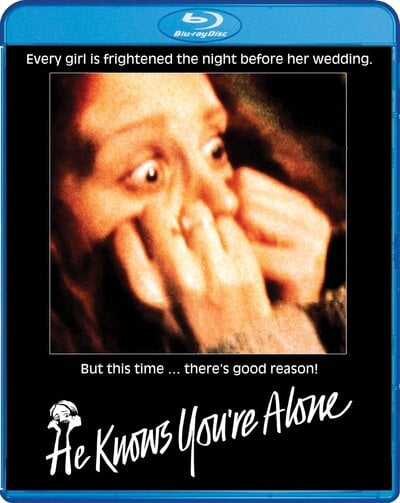 The often-requested slasher cult classic HE KNOWS YOU’RE ALONE finally creeps its way onto Blu-ray for the first time in North America on May 18th!

Directed by Armand Mastroianni and released in 1980, this tense tale concerns young brides-to-be being killed before their wedding days. Don Scardino (Squirm, Cruising) stars along with Caitlin O’ Heaney (Savage Weekend) and THE Tom Hanks (making his film debut in a brief supporting role).

Extras to be announced on a later date but we can confirm at this time that we will have an all-new HD transfer of the film! Pre-order now @ https://bit.ly/3jvmLdp

WOW! The Hand, Eyes Of A Stranger and this in one month. Hats off to Scream Factory for getting a few more of Warners... less than great horror movies out on Blu-ray.

I really figured this one wouldn’t be released. I’m glad to see WB let Scream Factory handle this one. It’s been one of my favorites for a long time. The atmosphere and setting is excellent. I feel like I’m back in the early 80s watching it.