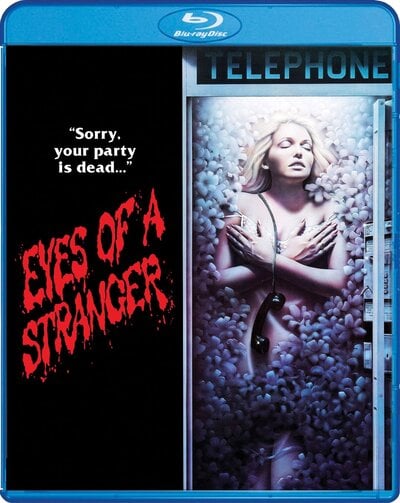 A demented serial killer is on the loose in 1981’s underrated slasher film EYES OF A STRANGER, which comes stalking its way to Blu-ray for the first time in North America on May 18th!

From the production company behind the original Friday the 13th and the director of Shock Waves. Making memorable movie debuts are Jennifer Jason Leigh (Single White Female) and Lauren Tewes (The Love Boat) as a TV newscaster, whose investigation inadvertently leads the killer (John DiSanti, The Relic) to her home. The underrated and chilling film score was composed by Richard Einhorn (Don’t Go in the House, The Prowler, Blood Rage). Bloody make-up effects courtesy of legend Tom Savini (Creepshow, Dawn of the Dead).

Extras to be announced on a later date but we can confirm at this time that we will have an all-new HD transfer of the film! Pre-order now @ https://bit.ly/3p9hoSJ