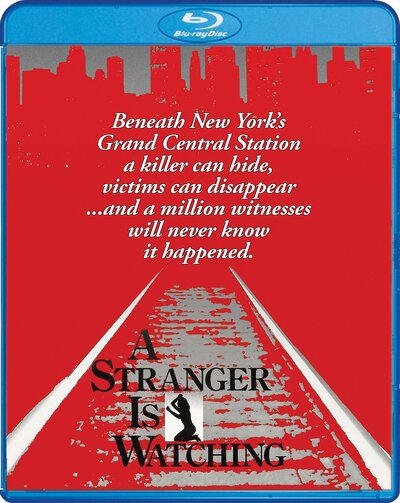 Back in 1982 Director Sean S. Cunningham followed up his original Friday the 13th classic with the underrated thriller A STRANGER IS WATCHING. And it’s now coming to Blu-ray for the first time in North America on July 20th!

This terrifying film follows a psychopath as he imprisons a little girl and a famous reporter in the dank maze of tunnels beneath New York City's Grand Central Station. He first wants to collect a ransom … and then murder his captives. His victims' only hope is their own wits – and the aid of homeless people who roam this urban netherworld.

Kate Mulgrew (Star Trek: Voyager, Orange Is The New Black) is heartrendingly believable as the reporter, and Rip Torn (Flashpoint, Men In Black) also gives a harrowing performance in this nightmarish shocker based on the Mary Higgins Clark suspense novel.

Extras to be announced on a later date but we can confirm at this time that we will have an all-new HD transfer of the film! Pre-order now @ https://bit.ly/3a6sjYp