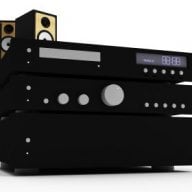 I've been holding off on Carlito's Way, hoping for an SE...
------------------
He thought on homeland, the big timber, the air thin and chill all the year long. Tulip poplars so big through the trunk they put you in mind of locomotives set on end. He thought of getting home and building him a cabin on Cold Mountain so high that not a soul but the nighthawks passing across the clouds in autumn could hear his sad cry. Of living a life so quiet he would not need ears. And if Ada would go with him, there might be the hope, so far off in the distance he did not even really see it, that in time his despair might be honed off to a point so fine and thin that it would be nearly the same as vanishing.
-- Charles Frazier, Cold Mountain
You must log in or register to reply here.
Share:
Facebook Twitter Reddit Pinterest Tumblr WhatsApp Email Link