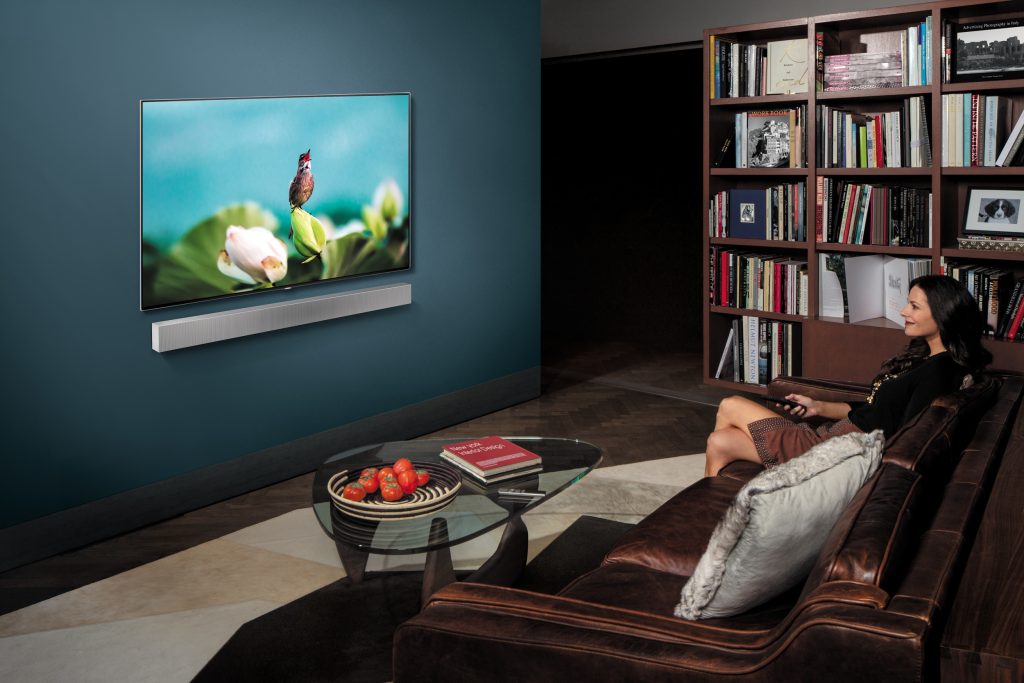 As recently as last July, Samsung's award-winning $399 HW-MS650 soundbar was receiving plaudits and 5-star reviews from a host of respected audio critics on both sides of the Atlantic pond. Samsung has been pulling out all the stops to establish itself as a respected audio brand, and many agreed that the 650 exhibited a soundstage of massive power and clarity, not to mention extraordinary bass output.

Today, Samsung reveals the wall-mountable NW700 Soundbar Sound+, which will be on show at CES 2018. The company's speaker technology compound is located in Valencia, CA, and it seems like the Korean TV maestros have been hard at work once again to up the ante in the soundbar stakes. 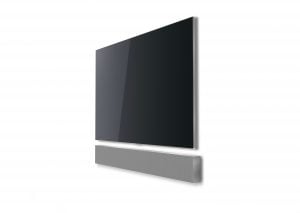 The new NW700 model incorporates sound-enhancing tech features including Samsung's proprietary distortion-cancelling, wide-range tweeters and multi-speaker control, and are optimized to complement the aesthetic of the company's super-thin televisions. The body itself if 41% narrower than the MS650, even though it is promised that the MS700 will still push out even more of that highly-praised bass performance.

"Samsung continues to invest in product development that fuses lifestyle and technology in a seamless, innovative manner," said Jurack Chae, Senior Vice President of Visual Display Business at Samsung Electronics. "With our NW700 Soundbar Sound+, we are not only committed to superior product design, but also to delivering unmatched sound quality to our consumers."

According to Samsung, its distortion-cancelling technology syncs the drivers in the cabinet to produce 'clear and powerful sound'. The NW700 predicts distortion at the end of the speaker movement, and makes the necessary tweaks of adjustment before said distortion can take place, resulting in smooth bass tones.

Three sound modes are included on the unit: Standard Mode, Surround Mode (albeit with no immersive or OBA features), and Smart Mode, which automatically adjusts volume and sound effects to suit the environment.

You can visit Samsung at CES at booth #15006 in the Central Hall at Las Vegas Convention Center, if you're planning to go.
You must log in or register to reply here.