On April 13, Roku announced three new additions to their product lineup as well as the rollout of OS10 to their current lineup of products. 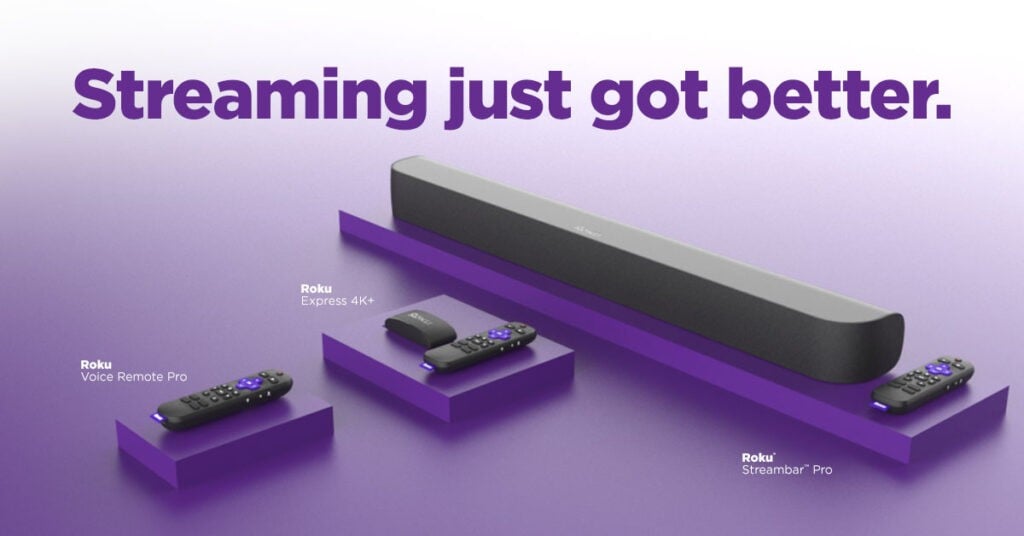 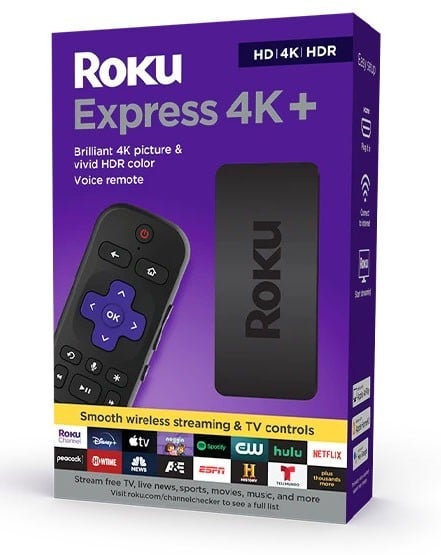 Perhaps the biggest surprise was the announcement of a new streaming device, the Roku Express 4K+, arriving in stores and shipping on or around May 16, 2021 with a retail price of $39.99. The device will support streaming in resolutions up to 4K, plus support for HDR10 and HDR10+ (sorry, no Dolby Vision). It will also support Dual-Band WiFi (the first budget-priced Roku device to do so), as well as microUSB ethernet for those that prefer a wired network connection. The Roku Express 4K+ is also voice-enabled, either thru the included voice remote or with Alexa or Google Assistant enabled devices. Support for Apple’s AirPlay2 and HomeKit are also included. A...
Click to expand...

Wasn't aware of the Roku soundbar solutions. Have to say, that's a brilliant product class.

I wasn't either, and yes it is.

Wasn't aware of the Roku soundbar solutions. Have to say, that's a brilliant product class.
Click to expand...

I have been thinking of adding a soundbar to the Samsung 4K display in our master bedroom. This could also replace the Roku Premiere 4K in that room.

Scott Merryfield said:
I have been thinking of adding a soundbar to the Samsung 4K display in our master bedroom. This could also replace the Roku Premiere 4K in that room.
Click to expand...

If your Samsung 4K display supports HDR10+, then this would be a good move.

Todd Erwin said:
If your Samsung 4K display supports HDR10+, then this would be a good move.
Click to expand...

I think it does -- not that it's mattered, though. I do not know of any material available to me that uses the format.

Scott Merryfield said:
I think it does -- not that it's mattered, though. I do not know of any material available to me that uses the format.
Click to expand...

I just checked, apparently only Prime Video and the soon to be gone Google Play Movies offer content in HDR10+.

i kinda wish i did cause i have prime there is only 3 or so pieces of content in dv. most are available in hdr10+ from what i hear

Anyone know what specific changes, corrections, etc. are included in the OS update?

Charles_Y said:
Anyone know what specific changes, corrections, etc. are included in the OS update?
Click to expand...

In addition to the new product announcements, Roku announced the rollout of their new OS10 to existing devices. This includes adding Apple AirPlay2 and HomeKit support to most non-4K Roku devices and TVs. They are also adding a new feature called Instant Resume, theoretically speeding up launch time and taking the viewer to where they left off on supported “channels” that include AT&T TV, FilmRise, FOX Business Network, FOX News, Fubo Sports Network, HappyKids.TV, Plex, STARZ, and of course The Roku Channel, with more to be announced soon. The Live TV Channel Guide will be getting an update, allowing users to better customize the experience by hiding channels and adding favorites, as well as additional guide views. Automatic Wi-Fi Network Detection will notify users of the “optimal wireless network band to help you enjoy the best possible streaming experience.” It will even detect a better network connection and prompt you when it is available. Voice entry will be added to select on-screen keyboards, indicated by a microphone icon, allowing users to speak rather then type. Improvements to Voice Search are also being added, allowing users to search without disrupting their viewing experience. HDR10+ support will be added to Roku Ultra (2020 edition), Roku Express 4K (currently a Walmart exclusive), and the just-announced Roku Express 4K+, as well as Roku TVs that support HDR10+.

Speaking of Roku TVs, OS10 will be adding Automatic Game Console Configuration. When select game consoles are connected to a Roku TV’s HDMI port, the input tile will change to a Game Console icon and settings will be activated (depending on the TV’s capabilities) such as HDR Gaming, Auto Low-Latency mode, Variable Refresh Rate, High Frame Rate, and THX Certified Game Mode.

The Soundbar and just-announced Soundbar Pro will also be receiving a Virtual Surround Mode, a setting that will create “spacious sound that moves around the room for an enhanced audio experience.”

Per Roku’s press release, “Roku OS 10 has begun rolling out to select Roku players and is expected to roll out to all supported streaming devices, including the all-new Roku Express 4K+, Roku Streambar Pro, and all Roku TV models are expected to receive the automatic software update in the coming weeks.” Longtime Roku users probably know that “weeks” can often mean months before an update becomes available on their devices.
Click to expand...