I don't recall this ever being requested here so here goes.

How about a long due (quality) DVD release of ROCKY JONES, SPACE RANGER (Syndicated 1954) starring Richard Crane fully restored and digitally remastered from whatever print negative sources have survived all of these long years?

Apparently (at least formerly) this television property was under the distribution of MCA Television which would translate today as Universal Pictures Home Entertainment.

If still under the auspices of Universal then (hopefully) the existing film elements will be in (reasonably) good condition coming from Universal.

I never saw the original multi-chaptered half hour black-and-white tv series of the 1950s itself but in the mid-1960s the ROCKY JONES television syndicated films were still being circulated-aired on a local Buffalo-based tv station with revised titles like THE ROBOT OF REGALIO (1954) derived from the three chapter ROCKY JONES adventure "Out of This World," Part Ones (12/10/1954), Part Two (19/10/1954) and Three (26/10/1954).

The visual effects and sets for a now antiquated early 1950s television production are really quite impressive and exhibit imagination and effort on the part of the crew involved.

I (fondly) remember seeing in the mid-1960s as a boy and was quite taken with the show myself. Having seen it again online it still entertains and captivates.

So anyway lets see this SF-premised television revived and made available for classic tv collectors and classic SF enthusiasts.

Loved the Mystery Science Theater 3000 eposide....one of their best!

Rocky Jones is one I discovered via a *very* good Mill Creek set, Classic Sci-Fi TV, which has the first 23 episodes in pretty good copies considering the PD status and age. At the current $8.18 from Amazon (or $7.99 from a MP vendor and fulfilled by Amazon) it's a steal!

They cheat by including 4 serials, although the quality on all 4 is very good - as good as VCI stuff, and counting their chapters as "episodes" towards the 150 mark. Still, it has some older material that's hard to find and the overall quality is good considering the PD nature of the programs.

I doubt there are enough people who recall Rocky Jones, and select others on that MC set, to clamour enough to get fully remastered versions in the marketplace but I know I'd be on board. I'd never seen that series until I purchased that MC set. It's quite good. In watching the episodes I saw a few bits that were apparently "borrowed" by Gene Roddenberry for use in Star Trek. The main one is a "Federation of Planets" type organization. 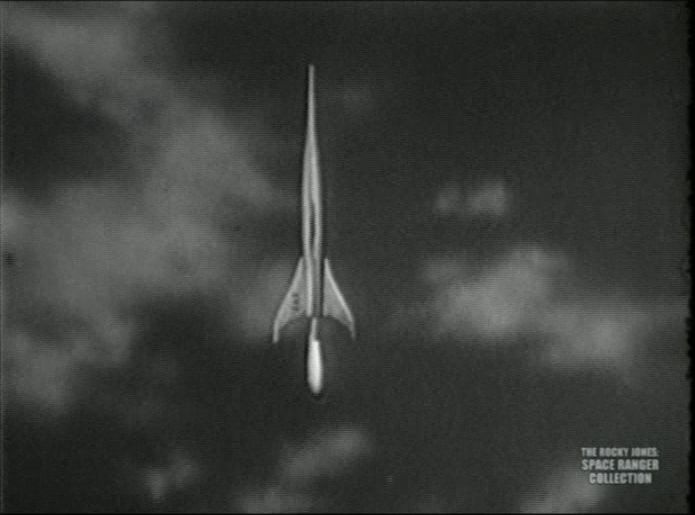 Those characters that pointlessly ridicule the "older" SF B-films are idiots.

There is a spirit and revelation among a younger generation when they discover and are exposed to these earlier works that quite often they subsequently both appreciate and prefer them to what is being offered today as entertainment in television and film.

Anyway there are still some "forgotten" treasures to be uncovered and accessed again through the modern technology that we enjoy today.

Thank you for you interest and support my friend. 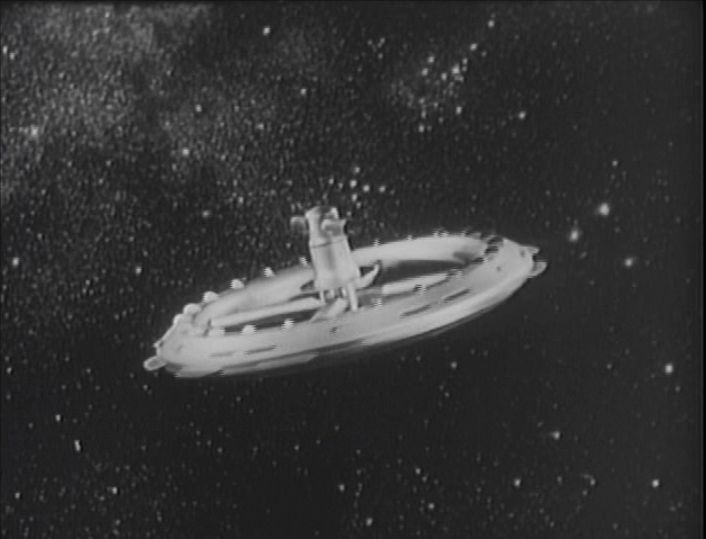 Never really gave much thought to this show before but upon seeing your post, I did a little research. It was produced and owned by Roland Reed and had nothing to do with MCA or Universal. Not sure where you are getting that info. A quick search at the LOC copyright site shows that the series copyright was renewed in the early 1980s by Roland Reed. However, he passed away decades ago and apparently left no heirs. So, much like his other series, most notably My Little Margie, the show falls into the category of Orphan Show. Which essentially means the show is copyrighted but there is no alive to enforce the copyright so therefore the show is treated as if its a PD show. As to where the 35mm prints and negatives reside and if they even survive, would be unknown so therefore any remastered, high quality release will never happen. Be thankful for whatever DVDs of the show that are around. ROCKY JONES, SPACE RANGER (Syndicated 1954) was innovative on television in many ways. But its fundamental core idea that Mankind of Tomorrow will be an influential force in maintaining sustained peace and harmony throughout the Universe is certainly a noteworthy and inspiring one.

This is the selfsame ideology embraced by the latter produced STAR TREK (NBC 1966-69) to be sure.

How many youngsters of the day watched ROCKY JONES and were not only entertained but inspired to pursue careers in the sciences and space exploration?

This discussion forum is very much like Congress. A motion is put forward and there is consultation and debate. Until finally it is either passed or rejected.

At the tail end of certain "original" episodes it clearly states MCA Television. Whether this still holds is uncertain but the surviving distribution prints and negative masters must be somewhere. So there is (likely) hope. Especially with the advanced resources available nowadays for film restoration and preservation.

Look at the "lost" 1950s THE INVISIBLE MAN (CBS 1958-59, 1960) tv series which was released in a quality DVD release a few years back now. Not only that but it was also aired on ME-TV after having been absent from the television airwaves after how many decades since its original primetime telecast? Who would have thought all of this possible?

Sometimes progress can be extremely slow and seemingly impossible but it's still achieved nonetheless.

This place is as a good as any to get some thought (and possible action) initiated in having ROCKY JONES, SPACE RANGER back into public access again.

We tried! Maybe a much more persuasive and influential voice other than my own will succeed and accomplish what has been proposed and requested.