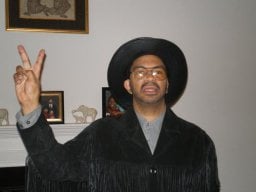 I would like to know on this board have seen a program on the IFC channel called "Rocked With Gina Gershon." I like it. It is a six part program on Gina promoting her film called "Prey For Rock & Roll." I have not seen the film yet. Though the film came out sometime last year. What do you think of the six part program? It is still being aired all of this month. Please let me know. Thank you very much.
Expand signature
Robert Watson

I saw a Bit of it and it's interesting I believe the DVD of the movie is already out. To be honest with you I've never seen why Holywood lauds over Gina Gershon. I mean she's an alright actress but nothing to rave over like they do

I don't think they laud over her as an actress. I think people just like here because she's a cool chick. She does silly, fun movies and is in hip, sometimes "underground" stuff. And she was in Showgirls.

She has the sexiest lips, and whenever she's on a talk show she just seems like a really cool chick. Very fun & easy to talk to.

I said she's sexy so in accordance unofficial HTF rules I have to post a pic. Remember the only thing worse than not posting a pic is making a post complaining about it, again with no pic.