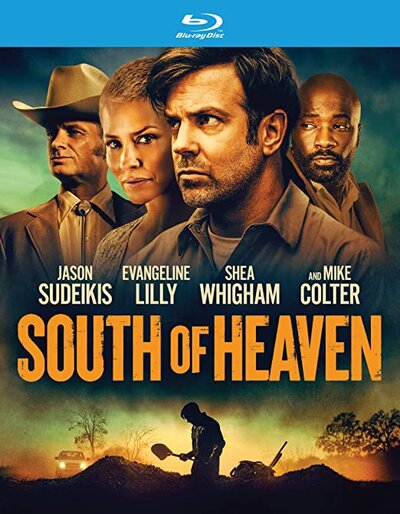 In SOUTH OF HEAVEN, convicted felon Jimmy (Jason Sudeikis) gets early parole after serving twelve years for armed robbery. Upon his release he vows to give his girlfriend Annie (Evangeline Lilly), who is dying of cancer, the best last year of her life. But things are never that simple, and when he is given a “side job” from his parole officer (Shea Whigham), it sets off a series of events that leaves Jimmy in the crosshairs of a local crime boss (Mike Colter). Now, he must stop at nothing to save Annie and fight for whatever time they have left.

SOUTH OF HEAVEN DVD and Blu-ray include the following bonus features:

● The Making of SOUTH OF HEAVEN