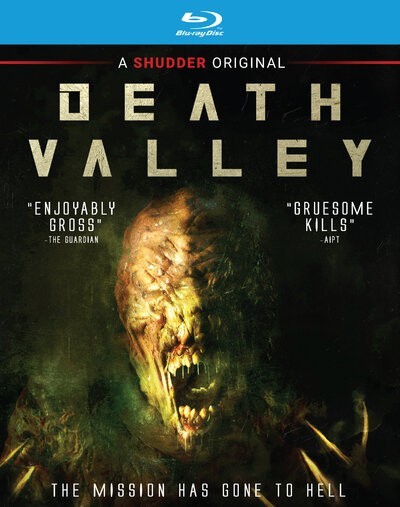 “riveting...a wild time you don’t want to miss out on” – Bloody Disgusting​
LOS ANGELES, (April 11, 2022) – RLJE Films, a business unit of AMC Networks, has picked up select rights to the horror film DEATH VALLEY from Shudder, AMC Networks’ premium streaming service for horror, thriller and the supernatural. RLJE Films will release DEATH VALLEY on VOD, Digital HD, DVD and Blu-ray on May 17, 2022.

In DEATH VALLEY, mercenaries with nothing to lose are hired to rescue a bioengineer imprisoned in a cold war bunker. Upon entering the ominous facility, they find themselves in a fight for their lives, under attack from an unknown and deadly creature. DEATH VALLEY, from Writer-Director Matthew Ninaber (who you loved as Psycho Goreman), is “a wild time you don’t want to miss out on.” (Bloody Disgusting).


Bonus features on the DVD and Blu-ray include:
● Cast & Crew Commentary
● The Making of Death Valley