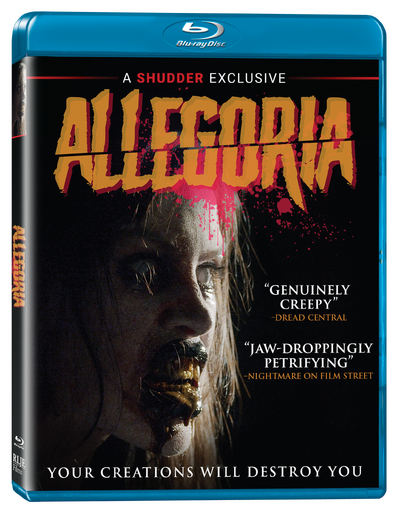 In ALLEGORIA, a group of artist's lives become unwittingly entangled as their obsessions and insecurities manifest monsters, demons and death.

Bonus features on the DVD and Blu-ray include: