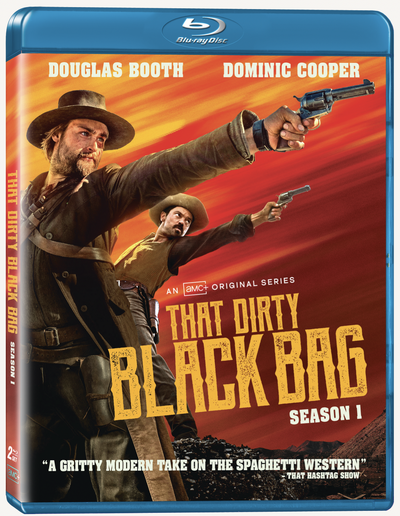 In the debut season of THAT DIRTY BLACK BAG,in a town full of bounty hunters, bandits and bloody vendettas, Arthur McCoy is the incorruptible sheriff who’s trying to overcome his troubled past to bring law and order to this new frontier. On the other side of things is Red Bill, an infamous solitary bounty hunter known for decapitating his victims and stuffing their heads into a dirty black bag. When the paths of these two men collide, they both learn that in the wild west, there are no heroes, nobody is invincible, and the predators may become the prey.

I was thinking I would pick this up as the first episode did grab me. I wondered though if anybody that had seen it had any thoughts to offer on it. Recommend? Don't recommend?
You must log in or register to reply here.