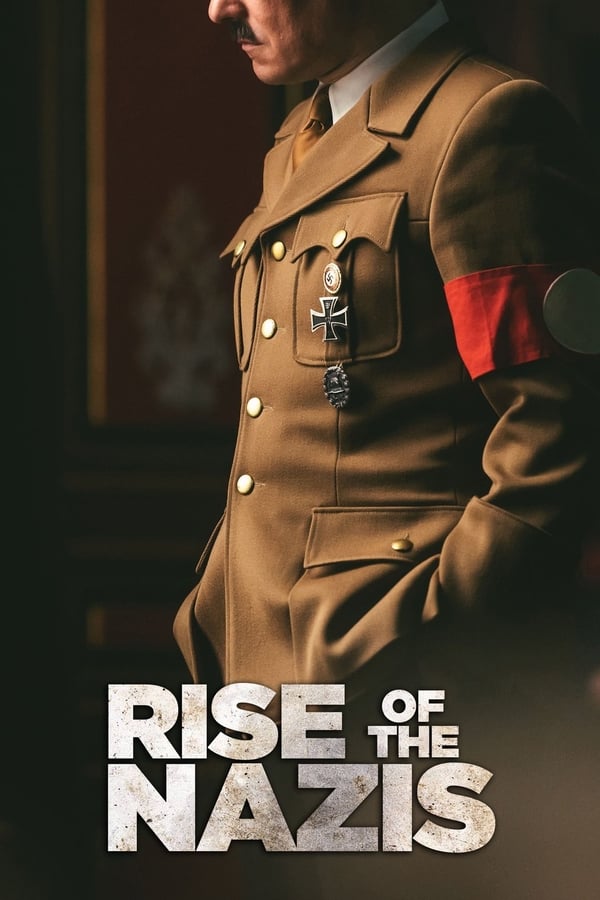 S1, Ep1 Politics
Delving into the corridors of power where Germany's top political mastermind sees an opportunity to use the popularity of the Nazis for his own ends.

S1, Ep2 The First Six Months in Power
At the start of 1933, Hitler is the chancellor of Germany but he does not have absolute power. He sets his sights on dismantling the German state.

S1, Ep3 Night of the Long Knives
Threatened by the ambition of SA leader Ernst Röhm, Hitler is persuaded by Himmler to destroy Röhm and his stormtroopers and make the SS Germany's only paramilitary force.

Absolutely amazing. If you have seen all the films, all the series and many documentaries, you still can't believe how good this docu-series is. I have seen the first episode and will report back if the next 2 episodes are as good.

There are 2 great things about this series. The music is excellent. The reconstructions are so well acted and made. They do not look like a cheap production. They are so natural that you feel you are watching the real thing. I wish they could have made a theatrical movie with the same actors. Hitler: The Rise of Evil (2003) maybe overlaps but it is no way this chilling and effective.
Reactions: joshEH

Thanks for the post, Sam. Based on your recommendation I'm going to check this out (assuming it's available in Canada...).

Some Images from Episode 1 Interesting information from episode 1 that always need to be repeated. No he was not elected democratically into power. He was not winning. He was actually losing and was put in power. It's amazing what karma did to people who helped him.

were the first to be assassinated
. They all thought they are the smarter ones and can control the bumbling idiot.

If you use a VPN you can use the BBC iPlayer to watch.
Reactions: bujaki

Just watched episode 2 and 3 back to back. It ends at the perfect time. We don't need to see the rest in this series. This is about how they got the power. This is the most precise and clear telling of the events I have ever seen.

It's January 1933 and Germany has a new Chancellor.
He refuses to engage in the boring day-to-day detail of running a country.
He has no interest in the opinions of experts and refuses to read briefings.
Instead, he tasks his team with a simple assignment. Destroy democracy and make him dictator.
Destroying democracy will take just six months.