CREATE for the iPad Pro 9.7 inch


The Logitech Create for the 9'7" iPad Pro brings more functionality to the table over the Apple Smart Keyboard at a lower price point.

March 31st of this year was a very exciting date for me. I had just received my 9.7" Apple iPad Pro, announced earlier in the month. I was very anxious to own this device knowing the success of its larger 12.9" sibling. I rushed to buy as many accessories as I could, including a cover and Apple Pencil. 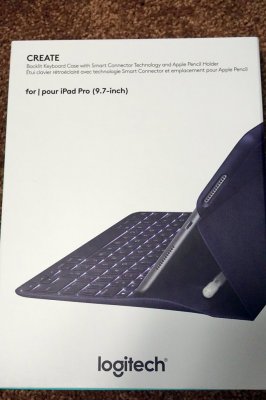 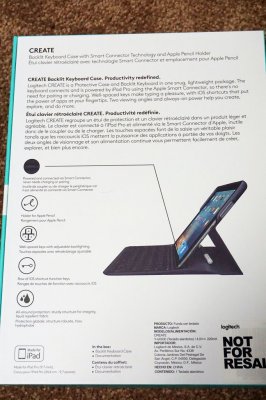 The one item I opted not to purchase, however, was the Apple Smart Keyboard. I gambled on the fact that Logitech would follow-up with their highly favorable reviewed Create Keyboard Case for the 9.7" model. Unfortunately, the arrival of that product would not be until 5 months later. As of the writing of this review, Create is now available for purchase on Logitech's website and arriving later on Amazon for $129.99.

The Create is about $20 less than the Apple Smart Keyboard. What Logitech brings to the table with this device is a lightweight case that wraps around the entire iPad for protection, a row of shortcut keys and keyboard backlighting. To me, that sounds like a great deal of added functionality at a lower price point. Oh...and the icing on the cake? It has a holder for the Apple Pencil built right in.


Let's begin by talking a little bit about the iPad Case. I'll list the overall dimensions at the end of this review, however, let me say up front that the most surprising thing about the Logitech Create is that it doesn't add much weight to the iPad. This is startling for me as I have bought many competing keyboard cases for older iPad models over the years and all of them add a significant amount of weight and bulk to the product. I can easily just pick up the Create in my hand and carry it around like it was nothing. It's insane that Logitech was able to fit everything into such a rather small, lightweight form factor. The iPad Pro with the Create case still comes in under 2lbs. For those that complain about the added bulk (and it's not much), one really needs to think about how this case is transforming your iPad into a powerful laptop. 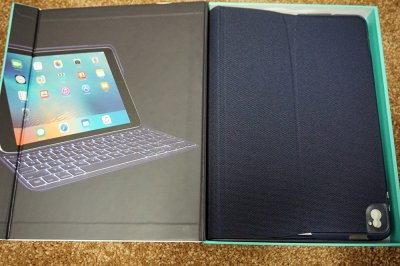 Available in blue or black color, the case itself is made of water repellent fabric. It totally encases the iPad, leaving its most vital access ports open (camera, speakers, microphone, headphone and power). The inside features a lightweight polycarbonate frame with keyboard module. I would be very confident that, if this was accidentally dropped, the iPad would be well protected. 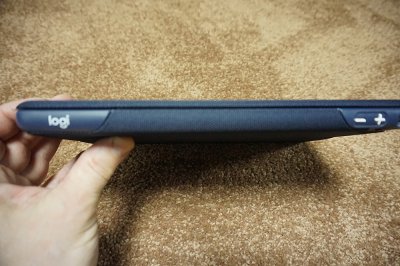 Along the front of the case are two hard "+" and "-" buttons that control the volume. I really like the way Logitech designed these buttons, and since they are perfectly placed on the case, they work flawlessly when turning the volume up or down.

Installing the 9.7" iPad Pro into the case should be a no-brainer, but for some reason, it took a little working. Instructions inside the case prompt you to slide the iPad into the top portion of the case. However, it took several times to accomplish this successfully, It doesn't "snap" into place as most iPad cases do, but instead, you have to insert the device properly into the grooves of the casing in order to secure it. This is probably the only gripe I have about this product.


This is a great point in the review to talk about the most important and gratifying aspect of Create...which is...the power and pairing, which are completely effortless. One simply tilts the keyboard forward until the 3 dots (smart connector) on the landscape side of the iPad line up with the three pins on the Create case. Pairing is done automatically with no further settings to deal with. It's plug and play unlike anything I have seen before. The keyboard isn't powered by batteries, nor does it need to be charged. The power comes from the iPad Pro itself. The cover also effectively awakens and puts the iPad to sleep as you open and close it magnetic latch. 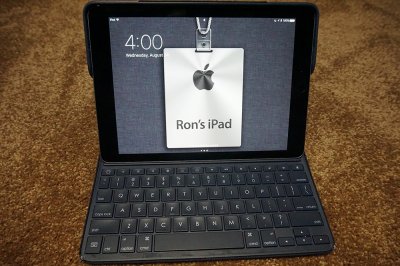 Once you connect the pins, however, the keyboard comes to life. A full array of backlit keys brighten, inviting you to begin typing on them. The keyboard, while visually cramped, has 1.4 mm of key travel. That may not seem like much, but it's larger than Apple's Smart keyboard, and the response I received from the keys beneath my fingers was very assuring. It takes a few minutes to get used to the smaller keys, but I was soon able to comfortably type a Word document with considerable speed and little mistakes. The more I have been using the Create, the more my typing speed has increased while mistakes have decreased. I was able to type this entire review using the iPad and Create keyboard, and it felt as if I were on an actual laptop --- and that's exactly the effect one should be looking for in a product of this kind. 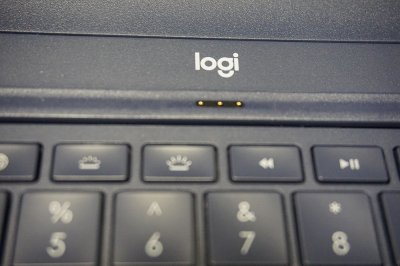 The top row of keys provide iOS shortcut functions. One of my favorite keys on the upper left, acts as the HOME button. Pressing it will bring you to the lock screen where you can unlock your tablet. Press it down firmly and it summons Siri. The other keys control screen brightness, volume, media playback, bring up the Safari Browser or even Spotlight Search. There is also a lock button to the far upper right of the keyboard to lock down your iPad should you need to walk away from your desk for a few minutes. 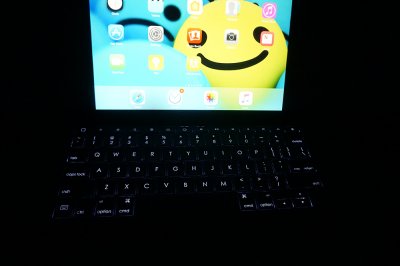 It would be a very difficult thing for me to travel without my MacBook or MacBook Pro in my luggage. I don't think I have gotten to the point yet that I would trust my iPad as a laptop replacement. That's more of an OS X vs. IOS issue. However, for means of traveling in tight places, such as a plane, bus or train, the Logitech Create is the perfect means of writing documents, answering email, and allowing your iPad to perform as closely to an actual laptop as possible. In fact, the Create worked so well for my purposes, I will probably use it on my next flight before even considering removing my MacBook from my travel bag.

By far, the Logitech Create brings more to to the table than the Apple Smart Keyboard, at a lower price point. This is one of the very few times that I would say that Logitech's pricing falls in line with the actual value of the device. For $130, I think one gets an exceptional product.

iPad does not easily slide into place. Often comes loose when opening and closing until proper fitting is accomplished.

One feature you forgot to mention, though, is the very important "Tablet Viewing Mode". The screen folds over the keyboard to provide a comfortable tablet experience when desired. (No need to take the iPad out of the case for use as a tablet.) The provided angle is also perfect for taking notes with the Pencil and/or viewing Netflx and YouTube videos.

I've owned my Logitech Create keyboard for about two weeks now, and it has transformed my 9.7" iPad Pro into a real and complete productivity device while simultaneously retaining it's status as a fantastic personal entertainment center. it's an absolute necessity for any iPad Pro owner!

Awesome review Ron, no way am I downsizing tho =po

Sam Posten said:
Awesome review Ron, no way am I downsizing tho =po
Click to expand...

I have just seen the 12" Pro (a co-worker brought hers in to work), and it's massive.

If I didn't buy the MacBook, which is the same size, I would have opted for the larger iPad instead.
You must log in or register to reply here.

How do you sterilize your mobile devices? Or do you? :)
2