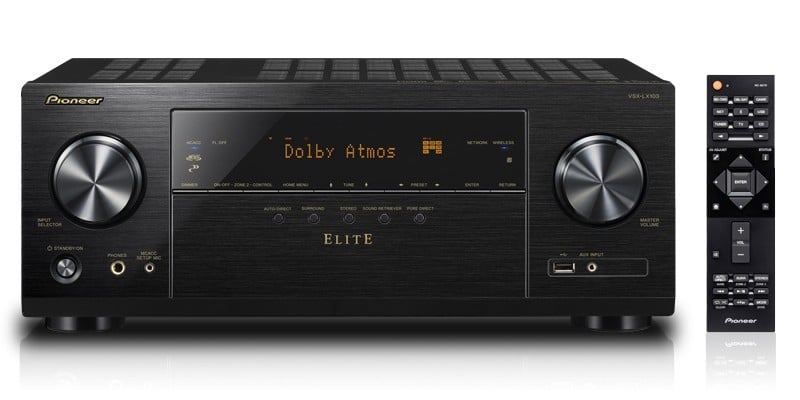 Pioneer and Onkyo U.S.A. Corporation have announced details of a new Elite network AV receiver, the VSX-LX103, priced at a cool $599 (or $749.99 CAD). Featuring 5.2.2 channel surround audio with Dolby Atmos and DTS:X, the receiver maxes out at 7.2 channels with amplification rated at 170W/ch (6 ohms, 1kHz, THD 10%, 1 ch driven). Two channels can be fed for a powered Zone 2, and a Zone 2 pre/line out connection enables those with dedicated amplifiers to power a separate room independently.

Pioneer's onboard Phase Control feature compensates for the phase lag between a subwoofer and main channel speakers by improving sound synchronization to achieve clearer reproduction of sound in mid- and high-frequency bands, claims the company.

Additional features include the following:

• Custom integration features common in Elite receivers including IR in, 12V Trigger out, RS-232c and a detachable power cable.

• Comes with Pioneer's three-year warranty.
Last edited: Mar 23, 2018
You must log in or register to reply here.

Will Probably Need to Replace the SR605...Can Someone Help Choose a New AVR Based on Specific Needs?