BobO'Link said:
No. It's a courtesy. It also helps reduce complaints after the fact if it's edited and not disclosed.
Click to expand...

It should be a mandate, not a courtesy. Fans should be told up front that what they’re purchasing might not be what they’re expecting to see. Just my 2 cents.

Jeffrey D said:
It should be a mandate, not a courtesy. Fans should be told up front that what they’re purchasing might not be what they’re expecting to see. Just my 2 cents.
Click to expand...

How would such a mandate be enforced? (ie. Besides making it the law of the land, with punitive penalties for violations).


(With all that being said).

I generally assume modifications are standard fare, even if there are none. You know what you are getting.

Consider it my lucky day if I don't notice any modifications.

Yeah... good luck with mandating that.

CBS puts a "may be edited" discaimer on just about all of their releases, edited or not, to cover their ass if something comes up edited. It reduces complaints (although it also raises lots of questions about their releases). Like Jr, I go in expecting edits and am then happy when I detect none.

IMHO it should be mandatory all disc/streaming releases include SDH (and not just CC as some players/sets can't display those). Broadcast has that requirement but it doesn't apply to physical/streaming media.

It would be hard to enforce such a mandate, especially considering the fact that the studios might not even have any idea of all of the episodes in a set are complete or not. A lot of times, edited episodes get released by mistake, because they were supplied with the wrong master for a particular episode, and no-one actually sat down and watched all the episodes to determine their completeness.

That's why there are random "syndication edit" episodes of, say, Soap, on the US sets for that show, and why there are "specially-edited-for-BBC-repeat" cuts to certain episodes of Are You Being Served? on the UK/Australian sets for that show, yet the same epsiodes are 100% uncut on the US set (the US set was assembled 3 years prior to the UK one, so they naturally used NTSC masters, and when it came time to do the US, they pulled another set of masters for that, as converting the NTSC set would've been a step down in picture quality).

The Office (USA) is now removing an episode / scene 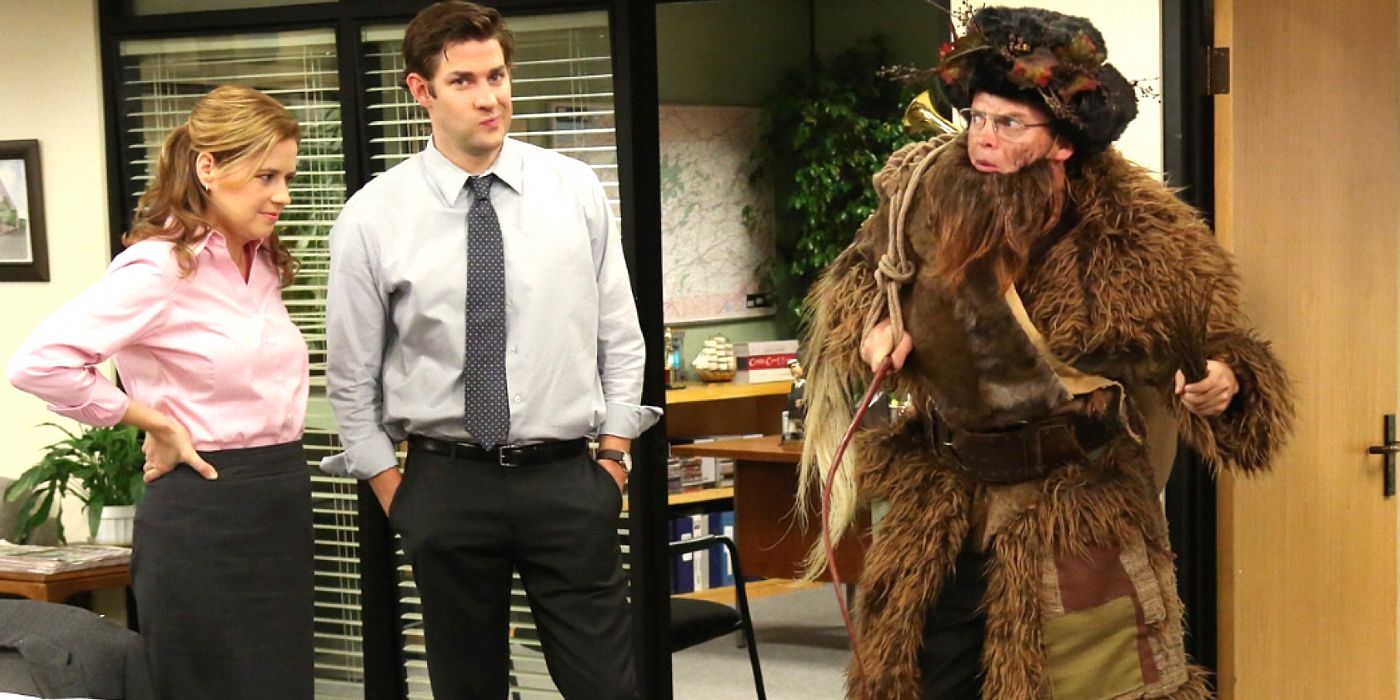 The scene has been cut from the streaming version of the episode.

An episode of Community too 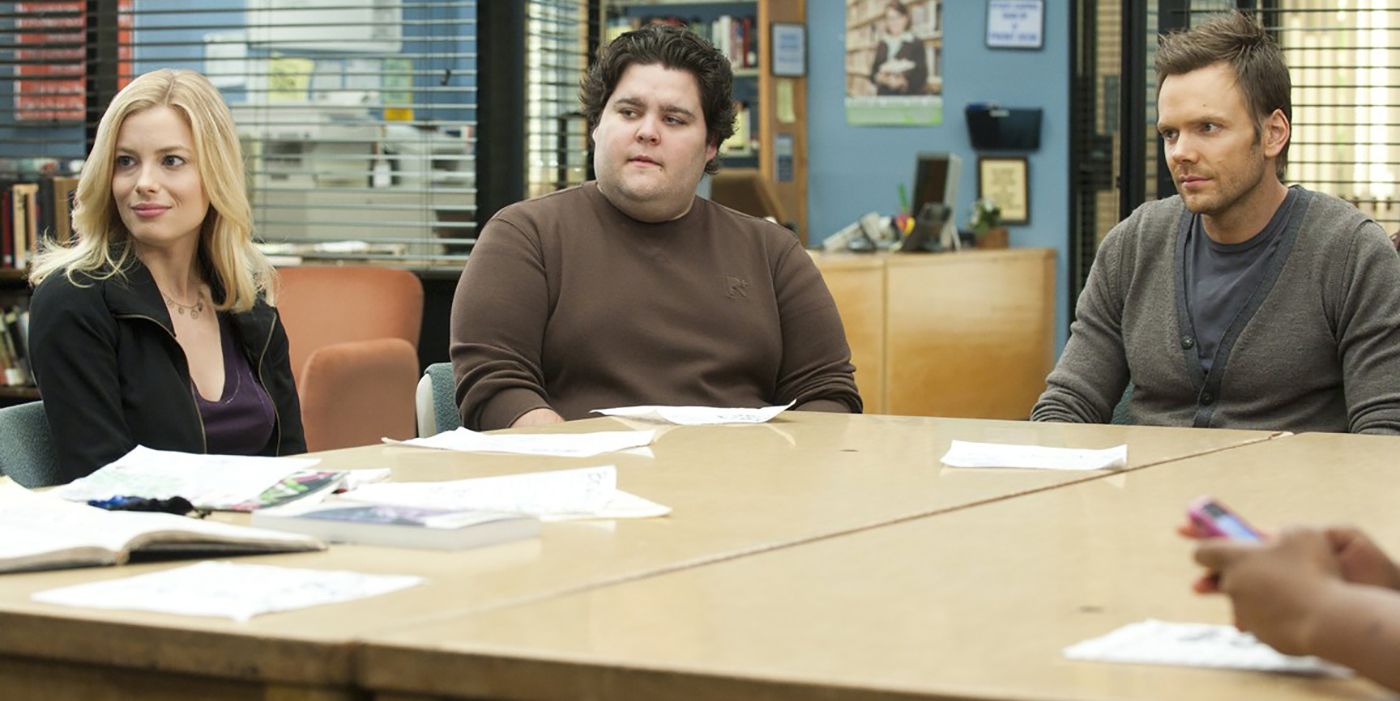 Yeah, I saw this early and panic bought the Community Blu set.

Eh, it's not like I wouldn't have bought it eventually anyway. And it was the only one among the ones pulled during the current moral panic I didn't already have.

Interesting article on the website The Digital Bits about the state of physical media this year and it looks like the news is not good.

The Digital Bits presents: The State of Physical Media in 2020 (So Far...)

So... a friend of mine asked me last night on social media what impact the pandemic was having on physical media sales so far this year. Specifically, he wanted to know if there had been any kind of a bump in disc sales resulting from all of the coronavirus lockdowns, what with so many people...

It's the same news and trend that it's been for several years. It's not hard to see, especially if you look at "media departments" in most stores. Almost without exception they are shrinking and at 50% or less (usually less) in size than just 5 years ago. You also see the trend in fewer titles going "on sale" and fewer titles being released, although those which *are* seeing release include some of the deep catalog titles and BR upgrades many have been clamoring for over the past 15 years.

While declining, I don't anticipate a total elimination of physical media. Boutique labels will be able to hang on as they don't need the huge sales of a corporate entity for a title to be "profitable". And the titles many of us really want are coming mostly from those boutique labels.
J

Obviously it’s no secret physical disc sales have been declining for years.
As a seller of media online my normal ‘best of the year’ sales are always the weeks from mid November to mid December. However with the lockdown I started seeing my sales go up around the beginning of March and are just starting to slow down some. The level of sales has been better than my normal best Christmas season sales.
Just my experience during this unprecedented time.

The difference is that episode was NEVER in syndication to begin with (or even rerun on CBS prime time or late-night). And it's Hawaii Five-0 with a zero.

If they stopped manufacturing physical product tomorrow, I have amassed such a huge collection, that I'd be set for the rest of my life. As long as I have the hardware to play them on.

I wonder if the next story will be the decline of digital purchases. Is anyone under 25 buying movies or even music at all?

Subscription has by and large replaced ownership. I’ve mentioned in other threads and even this one before but I don’t think the general public has ever been all that interested in ownership. They’ve wanted access, and for many years, the two have been intertwined. Now with technological advances, you can have access without ownership, and that works for most people. Twenty years ago, you’d have to spend $15 or more to buy a single album on CD. Now, for $10 a month or less, you can have access to pretty much every mainstream album ever released. What’s the better deal for most people?

Im going from memory, but home media spending in 2019 broke down as something like this: $18 billion in subscription revenue, $3 billion in physical media purchases, and $3 billion in digital media purchases. Ten years ago, physical media was at about $15 billion a year. So it’s not that consumers have stopped spending money, but they’ve mostly shifted it to services that allow them to watch huge numbers of titles on demand rather than purchasing individual titles. It’s sort of where we were before DVD came along. I think lots of people enjoy movies but very few (relatively speaking) feel the need to watch the same ones again and again, and subscription streaming is giving most people the experience that they’re looking for.

Once the technology for streaming became widely adopted, it was probably inevitable that it was going to go this way.

David Deeb said:
I wonder if the next story will be the decline of digital purchases. Is anyone under 25 buying movies or even music at all?
Click to expand...

There has been at least one entire generation which grew up with music as "free" downloads. No big surprise streaming became the norm for music catalogs.

And the companies are likely thrilled, because they clawed back the concept of ownership and convinced people rental is best. So, they get paid a monthly fee for access, and people get to keep nothing. It's a huge win for corporations, especially after they had been giving people ownership of studio-quality masters (in the form of music CDs) and seasons of TV shows for a one-time payment of $20.

Now, in the TV case, people pay $10 per month for rental access, own nothing, and each company gets $10 per month because the stuff people want to see is spread across all four major corporations and Netflix.

The Obsolete Man said:
And the companies are likely thrilled, because they clawed back the concept of ownership and convinced people rental is best. So, they get paid a monthly fee for access, and people get to keep nothing. It's a huge win for corporations, especially after they had been giving people ownership of studio-quality masters (in the form of music CDs) and seasons of TV shows for a one-time payment of $20.
Click to expand...

The movie companies are happy, though I doubt it is for that particular reason of ownership vs non-ownership.

I think they're very happy for the reason that they don't have to be dealing with annoying physical manufacturing, storage, etc .... and all the returns, "dead inventory", defective items, etc ... Also less "middlemen" to deal with, where they can sell subscriptions almost directly to the customer.

I know this is a point of contention here, but I don’t think the studios clawed anything back or tricked anyone into anything. I think most people aren’t interested in collecting movies on physical media, period. When the stars briefly aligned to make ownership more convenient and occasionally cheaper than renting, the general public embraced that after more than a decade of video store-related hassles, but when something came along that allowed them to see stuff without needing the object or the long term commitment, that easily won out. If the general public were still willing to spend $15 billion a year on physical media, as they were ten years ago, the studios would be happy to keep taking that money. They’d be happy to have a system where every ten years a new format came out and the mass public repurchased their entire libraries. It’s the public that isn’t interested in that.

For better or worse, most people enjoy movies, but most people are not interested in owning them. It’s sort of like this: how many people in this country like baseball or football? And out of that total, how many actually have season tickets? And how many watch on TV? Everyone is still watching the same game when all is said and done, but the level of dedication and interest between those two groups is vastly different.

Even when a movie/show they like is suddenly stripped from the service it's on?
You must log in or register to reply here.