B-ROLL said:
"Winning" one of those is no indicator of talent ... 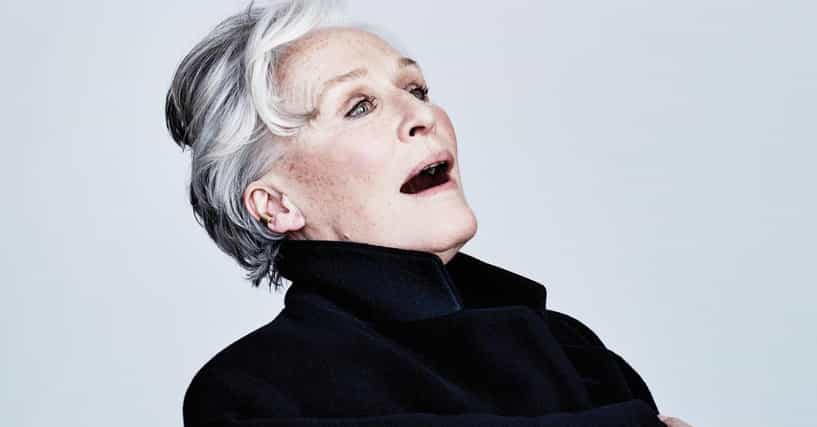 The Greatest Actresses Who Have Never Won an Oscar (for Acting)

There are many actresses who haven't won an Oscar. For 95 percent of the acting population, there is probably a good reason they haven't taken home one of film's most prestigious honors being on the Academy Awards winners list. Only two actresses per year can win either the Best Actress or Best...

Agree that Oscar has missed some great actors - Sigourney Weaver should be on that list - but anyway you slice it, Sofia's "G3" performance was awful.

Colin Jacobson said:
Agree that Oscar has missed some great actors - Sigourney Weaver should be on that list - but anyway you slice it, Sofia's "G3" performance was awful.
Click to expand...

Pat Weaver's daughter is on the list at the site referenced, but there are 100 actrii listed there I just cherry picked a few surprising ones.

IMHO Ms. Coppola the younger was perfectly "in character" when delivering her lines but not when she didn't have any lines.

Thank you! Got it this time.

randyoh said:
Thank you! Got it this time.
Click to expand...

Yeah, I bit on it as well

The Digital Bits posted this about the Trilogy hitting 4K in 2022. A bit nervous about the prospect of HDR being applied especially since Gordon Willis has passed since the excellent restoration work done in the 00s.

Paramount is quoted as saying they will be doing a restoration but I thought the restoration RAH worked on was already in 4K.

I’m going to have to sit back and the let authorities weigh in before I purchase.

Scream’s Prince of Darkness 4K, plus Blade 4K official & The Godfather films are confirmed for UHD (in 2022)

All right, we have some great release news to report for you all today... But first, we also have another new Blu-ray review: Tim has taken a look Bruno Mattei’s Cruel Jaws (1995) on Blu-ray from Severin Films. You’ll find that here. Now then, that news we mentioned... Our friends at Shout! and...

I suspect I will be fine with my Blu-ray based on what RAH has said on the matter in regards to these films.
J

I seem to recall that this was shot in Super 35 but with an 1.85 AR.
Should look excellent on BD as well of course on UHD.
Was in Palermo 's Opera House a view years ago where the opera performance was filmed.
They were quite proud of that.

Lord Dalek said:
I suspect I will be fine with my Blu-ray based on what RAH has said on the matter in regards to these films.
Click to expand...

I still remember how blown away I was by the Blu-ray, so yes, I will be waiting for that ”A few words about...” post. And if there are more than a few words, well, even better!

JoshZ said:
I'm thinking this title is too short and doesn't have enough punctuation. It ought to be called:

Nah, they should have taken a cue from The Simpsons and just call it The Godfather III: Good Version.
J

t1g3r5fan said:
Nah, they should have taken a cue from The Simpsons and just call it The Godfather III: Good Version.
Click to expand...

Can we at least get a "The Coppola Restoration" in there somewhere?

Anybody want to see a trailer?

Got a shipping notice today for delivery next week. I’m actually looking forward to seeing this.
P

Eagerly awaited with the greatest of interests.

Grateful that the BD has been made available only four days apart from the theatrical opening; as I am still among those who have been absent from the stadiums, since late last March.

Anyone who expects a revelatory experience from "Coda" will likely find disappointment.

Most of the changes stem from small trims. The biggest omission
comes from the deletion of the "Part III" opening in which Michael gets the honor from the Catholic Church.
The press release promises a "new beginning", but that's only half true. Instead,
it takes the scene between Michael and Archbishop Gilday that sat at about 39 minutes on the "Part III" BD and moves it to the start.

That's a "new beginning" in that it's not the original film's opening, but it's not new footage.
And then there's the "new ending", which is
even more underwhelming.

Originally we go from Mary's death to a flashback montage of Michael with Mary, then Apollonia, then Kay before we see elderly Michael alone in a courtyard.

Now we just see a flashback to Mary before we visit Michael in the courtyard. Rather than keel over, Michael puts on his sunglasses and the movie ends. We see a text that tells us Sicilians never forget and go to the end credits.
So in a movie called "The Death of Michael Corleone",
Michael Corleone doesn't die.
Anyway, it's still essentially the same movie. Nibbling around the edges makes it no better or worse, and Sofia's acting isn't magically improved...

Haven't watched the original cut since it first appeared on video nearly 20 years ago. So, I don't remember the original cut at all. In fact, the only thing I have retained in my memory for all this time is the ending scene at the opera.

Sadly, I can't say this cut made me appreciate the film any better. It still seems like the "odd duck" in The Godfather series. Despite Coppola tightening up the editing it still seems much too lengthy. And, as has been continually stated for all these years, Sophia's acting has much to be desired. Had no idea Winona Ryder was originally up for the part before she got ill.

The transfer looks exceptional. No complaints there.

Haven't watched the original cut since it first appeared on video nearly 20 years ago. So, I don't remember the original cut at all. In fact, the only thing I have retained in my memory for all this time is the ending scene at the opera.
Click to expand...

And AFAIK, the theatrical cut didn't come out on video - FFC already changed it between theatrical and video...

And there’s now an HTF review of the disc: !
You must log in or register to reply here.