“A sparkly sensation from start to finish” 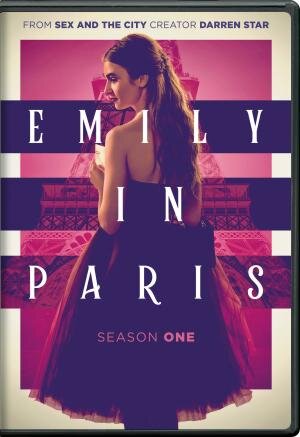 EMILY IN PARIS Season One received an Emmy® nomination for Outstanding Comedy Series and a Golden Globe nomination for Best Television Series – Musical or Comedy. The show was Netflix’s most watched program for 38 consecutive days and attracted nearly 60 million viewers worldwide to make it the most popular comedy series of 2020.

The EMILY IN PARIS Season One DVD includes all 10 episodes from the inaugural season, and over 30 minutes of deleted scenes and exclusive featurettes that delve into the casting process, the show’s exquisite fashion, and what it’s like to actually film in Paris. A full list of bonus content follows:

· Just Risqué Enough: The Cast of Emily In Paris