"The merged company will have a library of 3,600 film titles and 140,000 TV episodes, an important set of assets as CBS All Access and Showtime OTT battle with Netflix and others and as Viacom's PlutoTV gears up to do the same.

The new ViacomCBS will also boast of a 22 percent share of the U.S. television audience, larger than Comcast, Disney, Fox Corporation, or WarnerMedia."
Last edited: Aug 13, 2019

I'm gonna go out on a limb here and say the "dead service walking" call, when there was no service announced at all, might have set a HTF record for an overly pre-mature reaction.

Although I nonetheless think there will be about 17 posts calling the non-existent service too expensive...
Last edited: Aug 13, 2019

CBS All Access isn’t dead. Presumably this would ultimately wind up building on that platform. CBS is the most watched broadcast network. They’re probably in a better position to leverage a streaming service than any other broadcast network.

On the futures of Star Trek and Mission Impossible...

They never should have split in the first place. That was Les Moonves throwing his weight around and protecting his fiefdom. That's no longer an issue, for obvious reasons.

Among other things, the CBS-Viacom split is part of why Paramount's in the sorry state it's in.

Adam Lenhardt said:
Among other things, the CBS-Viacom split is part of why Paramount's in the sorry state it's in.
Click to expand...

Which means that now with this merger, maybe joining MA will be in Paramount's future?

Cranston37 said:
Which means that now with this merger, maybe joining MA will be in Paramount's future?
Click to expand...

Certainly the combined company will have more resources, which can't hurt with Disney's hefty membership fee.

You have to wonder how long it will be before somebody snaps up MGM. They can't possibly stand on their own in this new landscape.

Cranston37 said:
On the futures of Star Trek and Mission Impossible...

I was only getting slightly annoyed at the copy errors in that story, but then there was this little nugget at the end:

The Paramount library also includes the powerhouse Transformers franchise (with six feature films to date and close to $5 billion in worldwide box office) as well as major-league animated properties from DreamWorks (Shrek, How to Train Your Dragon, Kung Fu Panda)
Click to expand...

DreamWorks Animation is with Universal now, and separate from the non-animated DreamWorks.

Chip_HT said:
DreamWorks Animation is with Universal now, and separate from the non-animated DreamWorks.
Click to expand...

Cranston37 said:
You have to wonder how long it will be before somebody snaps up MGM. They can't possibly stand on their own in this new landscape.
Click to expand...

Um somebody did ... they're called SONY ... Fox only distributes and licenses MGM titles (for now) ... 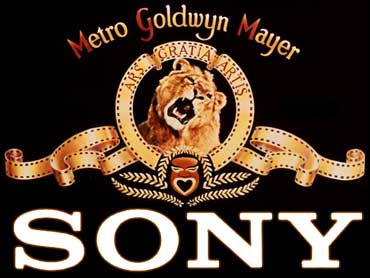 B-ROLL said:
Um somebody did ... they're called SONY ... Fox only distributes and licenses MGM titles (for now) ...
Click to expand...

Viacom only existed in the first place because of the FCC's now-repealed rules about networks owning syndicated programs while Paramount had some false starts in TV before buying Desilu and making it into their TV unit.

MGM is another story altogether. A once-great studio, Hollywood's original lion king, hanging on by a thread but hanging onto that thread for decades. They lost its own library to Ted Turner, so they made up for it by snapping up as many bankrupt indies as they could. It should be owned by Warner Bros. and not a bunch of creditors, but that would also give them everything they've acquired along the way.

This is just cleaning up the mess Les Moonves left behind. You want to see another example of his "legacy," go read the thread about Knots Landing in the TV on DVD section. The bad things they talk about happened under his watch when he worked at Lorimar before WB bought them and he moved from there to CBS.
Last edited: Aug 19, 2019
G

I will be cancelling my subscription before the trial runs out.

I tried watching a couple episodes of The Brady Bunch, and man oh man I'm not sure where they dug those quality episodes from but they are pitiful. I threw in one of my DVD sets to remedy the bad image I witnessed. Their new shows Like Discovery, and Picard look fantastic.
Last edited: Jan 26, 2020

-Sometimes there are settings in your streaming device buried deep in the settings menu which can affect how material like this looks, and by default it can be switched to a setting that doesn’t yield the best result. It can be the result of the shows being shot on film at 24 frames a second, but then are transferred to tape converted to 30 frames a second, and then digitized from the tape rather than the film. And I think depending on how that’s encoded and how your settings are adjusted, it can throw off how the streaming boxes are displaying that image.

MacGyver was shot on film but all effects were composited on standard def video tape, which sadly was standard practice back in the 1980s. I have the full series on DVD, and even they look absolutely horrible on both of my UHD displays.
G

The season 1 BluRay is a wonder to behold; it is like watching a different show.

I just stumbled on this thread trying to fix the same problem. I'm watching Star Trek on Xbox One with the CBS app. It only plays in stereo. I have checked the settings of both the app and Xbox. I get 5.1 in Netflix as well as my own local files so it's definitely CBS's issue
You must log in or register to reply here.