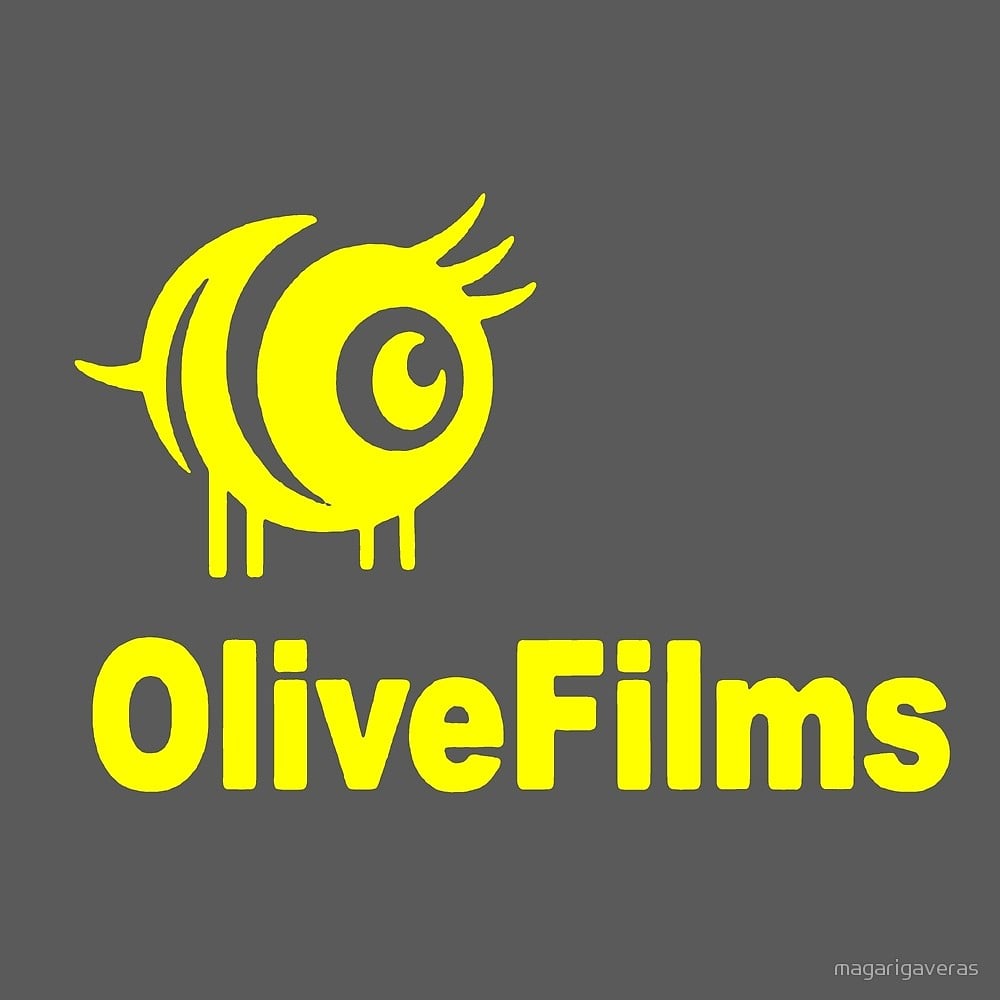 Olive Films is proud to announce the following February 2018 releases: Directed by
JOHN FRANKENHEIMER
(The Manchurian Candidate, Black Sunday, All Fall Down)

Birdman of Alcatraz, director John Frankenheimer’s (The Manchurian Candidate) biographical drama, stars Burt Lancaster (Elmer Gantry) as Robert Stroud, the “birdman” of the title, who, as the film begins, is incarcerated at Leavenworth Prison for murder, a sentence that will eventually lead him to Alcatraz. Seeing his days stretch out to life without parole for the murder of a prison guard, Stroud will pass his days in solitary confinement caring for a baby sparrow, an act which eventually blossoms into caring for an array of birds sent as gifts to fellow inmates.

Birdman of Alcatraz offers supporting performances by Thelma Ritter (who would receive an Academy Award® nomination for Best Supporting Actress) as Stroud’s mother; Karl Malden as prison warden, Harvey Schoemaker; Betty Field (Picnic) as Stroud’s future wife, Stella; Telly Savalas (The Dirty Dozen) as fellow inmate Gomez; Neville Brand (Stalag 17) as Bull, a prison guard who befriends Stroud; and Edmond O’Brien (The Wild Bunch) as Thomas E. Gaddis, the author of the book based on Stroud’s life. Birdman of Alcatraz was photographed by Burnett Guffey (Academy Award® winner for From Here to Eternity – 1954, Bonnie and Clyde - 1968) and scored by Elmer Bernstein. FIVE ON THE BLACK HAND SIDE BD
CAT: OF1401
UPC: 887090140119
SRP: $29.95
FIVE ON THE BLACK HAND SIDE
LEONARD JACKSON
(The Color Purple, Boomerang, The Brother from Another Planet)
CLARICE TAYLOR
(Tell Me That You Love Me, Junie Moon; Play Misty for Me; Sommersby)
VIRGINIA CAPERS
(Ferris Bueller’s Day Off, What’s Love Got to Do with It, House of Women)
GLYNN TURMAN
(Cooley High, The River Niger, TV’s A Different World)
D’URVILLE MARTIN
(Black Caesar, Hammer, Hell Up in Harlem)
DICK ANTHONY WILLIAMS
(The Jerk, The Deep, The Mack)
JA’NET DUBOIS
(TV’s Good Times, I’m Gonna Git You Sucka, A Piece of the Action)
GODFREY CAMBRIDGE
(Friday Foster, Cotton Comes to Harlem, Watermelon Man)

Five on the Black Hand Side quite literally starts with a bang when Godfrey Cambridge (in a cameo role as himself) rear ends a car while ogling a group of young women.

Fed up with patriarch Mr. John Henry Brooks Jr.’s (Leonard Jackson, The Color Purple) tyrannical rule, Mrs. Brooks (Clarice Taylor, Play Misty for Me) and the Brooks children -- Booker T. Washington (D’Urville Martin, Black Caesar), Gideon (Glynn Turman, Cooley High) and the soon-to-be-married Gail (Bonnie Banfield) are a family in revolt. But it’s the impending nuptials, along with fiancé Marvin’s (director Carl Franklin, One False Move) insistence that the wedding be a traditional African ceremony that’s the catalyst for all the dramedy. Adding to the fun is Ja’Net Dubois (Willona on TV’s Good Times) as firebrand Stormy Monday. With a colorful assortment of eccentric friends and neighbors, and topics ranging from black identity to gender equality, you have “a real clean scene with a lot of laughter in between.”

Five on the Black Hand Side is directed by Oscar Williams (The Final Comedown), written by Charlie L. Russell (based on his stage play) and co-stars Virginia Capers (What’s Love Got to Do with It), Dick Anthony Williams (The Jerk), Sonny Jim (Malcolm X) and Godfrey Cambridge (Friday Foster). Dennis Quaid (The Day After Tomorrow) and Winona Ryder (TV’s Stranger Things) star in the biographical drama Great Balls of Fire!, directed by Jim McBride (The Big Easy). Quaid portrays rock ‘n’ roll legend Jerry Lee Lewis in a film that traces his rise to fame and scandalous personal life, including his marriage to his 13-year-old cousin, Myra Gale Brown (Ryder). Seated comfortably between soap opera and docudrama, Great Balls of Fire! offers the viewer a look inside the life of a gifted artist and his Icarus-like rise in the music world. But what goes up … Burt Lancaster (Elmer Gantry) and Lee Remick (Days of Wine and Roses) star in The Hallelujah Trail, the widescreen comic western extravaganza directed by John Sturges (The Magnificent Seven) from a screenplay by John Gay (The Courtship of Eddie’s Father) based on the novel by Bill Gulick.

Under the watchful eye of its owner Frank Wallingham (Brian Keith, The Parent Trap), the Wallingham Freighting Company is bound for Denver with forty wagons of whiskey to quench the town’s thirst. But there are others who have plans of their own for the load of libations including temperance leader Cora Templeton Massingale (Remick), who wants it destroyed, the Sioux Indians who want it for themselves, ditto the Denver citizens militia, as well as the Irish teamsters hired as wagon drivers. Fearing that the shipment may not reach its destination, Colonel Thaddeus Gearhart (Lancaster) assigns Captain Paul Slater (Jim Hutton; Walk, Don’t Run) to safeguard the cargo, unaware that Slater’s fiancée, Louise (Pamela Tiffin, Harper) – who also happens to be the Colonel’s daughter – has fallen under the powerful spell of Cora’s temperance message.

Rounding out the cast in this comic free-for-all are Donald Pleasence (Halloween), Martin Landau (Ed Wood), Dub Taylor (Bonnie and Clyde), John Anderson (Ride the High Country), Tom Stern (The Spy Who Came in from the Cold) and Val Avery (Black Caesar).

The Hallelujah Trail is sourced from the best available elements. Directed by
MILOS FORMAN (Amadeus, One Flew Over the Cuckoo’s Nest, Man on the Moon)

From the opening strains of the “Aquarius” anthem, director Milos Forman’s (Amadeus) film adaptation of Hair proves that it is not only a masterful interpretation of the 1968 Broadway musical sensation, but that it is pure cinematic entertainment.

Based on the Gerome Ragni, James Rado and Galt MacDermot stage musical, Hair stars John Savage (The Deer Hunter) as country boy Claude Hooper Bukowski, a Vietnam draftee who embarks on an adventure of a lifetime when he meets a group of counterculture hippies: Berger (Treat Williams, Smooth Talk), Jeannie (Annie Golden, TV’s Orange Is the New Black), Hud (Dorsey Wright, TheWarriors) and Woof (Don Dacus). Introduced to a world of free love and hallucinogens, Claude’s eyes are also opened to the darker side of class, race and big city life when he becomes infatuated with a beautiful debutante, Sheila (Beverly D’Angelo, Coal Miner’s Daughter).

At turns both comic and dramatic, Hair boasts a catalog of adeptly performed musical numbers including the title tune along with “Good Morning Starshine,” “I Got Life,” “Where Do I Go,” “Let The Sun Shine In” and a heartbreaking rendition of “Easy to Be Hard,” a showstopper for performer Cheryl Barnes in her screen debut.

Directed by Milos Forman, two-time Academy Award® winner for Best Director (One Flew Over the Cuckoo’s Nest – 1976, Amadeus – 1985), Hair is written for the screen by Michael Weller (based on the musical play by Gerome Ragni & James Rado and Galt MacDermot) with music composed, arranged and conducted by Galt MacDermot. Featured players include Charlotte Rae (TV’s The Facts of Life), Nell Carter (TV’s Gimme a Break),

I'll be ordering Great Balls Of Fire and possibly Hallelujah Trail which I've never seen but looks good. On the fence about Hair . I just got done watching the existing Bird Man Of Alcatraz bluray which looks fine , and I'm wondering if there are any compelling reasons at all like 4k mastering , to buy this new and more expensive version. I guess time will tell if there are .

Only interested in The Hallelujah Trail but will wait until the reviews are in regarding the transfer and if it's the Roadshow version (overture, intermission, entr'acte).

Right behind you Thomas. It especially doesn’t look like the Roadshow with overture, intermission and exit music

I share the concerns about The Hallelujah Trail; I will wait for a review or two.
"Hair" is a really good film which I recommend.

I don't see a listing for Hair on Blu-Ray - only DVD.

I have the MGM BD already (which is still available).

David your right, Hair is only in DVD. I have the Blu-ray which is from around 2010 and could use a better transfer, but then I don’t remember it looking to good in the theatres either.

ahollis said:
Right behind you Thomas. It especially doesn’t look like the Roadshow with overture, intermission and exit music
Click to expand...

On the other HT thread, rjsdvd said:

I have a region 4 DVD from Australia, and am very happy with it. The anamorphic image (although it is in the incorrect 2.35:1 aspect ratio) is leagues ahead of the terrible letterboxed domestic release, the sound is good, and it appears to be the full roadshow version, with overture, intermission, and exit music intact.

So, if it's the same transfer, it will have the overture, intermission and exit music.

Why do the specs say “mono” for The Hallelujah Trail when the MGM DVD was 5.1?
J

Mark-P said:
Why do the specs say “mono” for The Hallelujah Trail when the MGM DVD was 5.1?
Click to expand...

Indeed Mark. Utterly stupid and a no sale for me unless it is at least in stereo, if not multi channel.I can put up with the wrong A R but not the wrong sound!

Olive please no mono on Hallelujah Trail!!! I hope thats a mistake!

john a hunter said:
Indeed Mark. Utterly stupid and a no sale for me unless it is at least in stereo, if not multi channel.I can put up with the wrong A R but not the wrong sound!
Click to expand...

I'm the opposite as I'm more video sensitive than audio when it comes to films made 50 or so years ago.

Robert Crawford said:
I'm the opposite as I'm more video sensitive than audio when it comes to films made 50 or so years ago.
Click to expand...

Understandable, but to move backwards from a DVD release when going to blu-ray is hard to justify IMHO.

Blimpoy06 said:
Understandable, but to move backwards from a DVD release when going to blu-ray is hard to justify IMHO.
Click to expand...

I'm not disputing that point. Does anybody know why is that happening with so some of these titles?
M

The above aspect ratio listing is incomplete. 2.20:1 is correct only for 70mm release prints.

Ultra Panavision is the same format as Ben-Hur and a few other films. 65mm negative with a 1.25 anamorphic squeeze. 2.76:1 on the (unsqueezed) camera negative. 2.35:1 would be accurate for 35mm release prints.

The only way to get the original 2.76:1 frame would be a new scan of the o-neg or some derivative of that. Highly unlikely for a 3rd tier studio like MGM (too expensive). I expect this Olive disc will be sourced from some sort of anamorphic 35mm element (2.35:1).
Last edited: Feb 11, 2018

If Olive is listening, any hope for a blu-ray release of The Rose Tattoo, Lady in a Cage, Hud or an upgrade of DeMille's The Buccaneer?

Is there an easy to find list of every Olive release on bluray? Just curious as they have a fascinating library. When I do an eBay search though I always find more "Oliver Stone" films than actual Olive releases.

skylark68 said:
Is there an easy to find list of every Olive release on bluray? Just curious as they have a fascinating library. When I do an eBay search though I always find more "Oliver Stone" films than actual Olive releases.
Click to expand...

This might be a good place to start ...
https://olivefilms.com/shop/

There is a list at another site
When searching type "Olive Films" and not just Olive
Last edited: Feb 11, 2018

Mark-P said:
Why do the specs say “mono” for The Hallelujah Trail when the MGM DVD was 5.1?
Click to expand...

On Amazon the run time is wrong:

Wednesday at 3:27 AM
Ronald Epstein