NY Times on 'All the Kings Men' and Sony 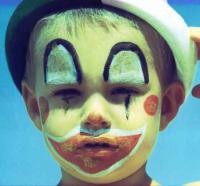 New DVD’s: ‘All the King’s Men’ by Dave Kehr

Sony Pictures Home Entertainment has dusted off its 2001 release of Robert Rossen’s multiple-Oscar-winning 1949 film, “All the King’s Men,” and retrofitted it with promotional material for the coming remake, with Sean Penn in the role that made a star of Broderick Crawford. Actually, “dusted off” is a misstatement, since the 2001 transfer seems to have been left untouched, full of the dust speckles, scratches and video noise that have been digitally purged from more recent DVD releases.

It’s sad to see Sony treating one of its crown jewels in such a shoddy manner, but the company has not been known for handling its vast library of Columbia films with conspicuous respect. (The company’s energies have apparently been used up in colorizing Columbia’s Three Stooges shorts, another volume of which is due on Oct. 3.)

... The revised disc includes no supplementary content apart from the trailer and a promotional reel for the remake.

Someone besides the "htForum obsessives" has noticed