Superman & Lois Series in Development at The CW, Starring Tyler Hoechlin and Elizabeth Tulloch — Get Details

Courtesy of The CW
The CW is looking to “supe” up its slate with a series about the iconic Superman and Lois Lane.

TVLine has learned that Superman & Lois, from Warner Bros. TV, is currently in development and it will follow “the world’s most famous Super Hero and comic books’ most famous journalist” as they “deal with all the stress, pressures and complexities that come with being working parents in today’s society.”


Tyler Hoechlin, who originated the role of the Arrowverse’s Superman/Clark Kent on Supergirl, and Elizabeth Tulloch, who made her debut as Lois in last year’s “Elseworlds” crossover event, will reprise their roles for the prospective new series. (When last we saw the DC Comics super couple, Clark shared that Lois is pregnant, before they went to live off-world on Argo. But first, Clark crushed a lump of coal into a diamond, Superman III-style, and properly proposed to his baby mama. Hoechlin and Tulloch will both appear in this season’s “Crisis on Infinite Earths” five-part crossover.)

When TVLine spoke with Grimm alum Tulloch ahead of “Elseworlds,” she said such an offshoot “potentially” could come to fruition, adding: “I think it’ll depend on how [the crossover] is reviewed and a bunch of other external factors that nobody has really that much control over. I know Tyler and I would love to come back and work more together. We fortunately had great chemistry, which is not always a given.”

This Superman & Lois news comes weeks after it was announced that one of Arrow‘s 10 final-season episodes will serve as a backdoor pilot for a Green Arrow and the Canaries spinoff starring Katherine McNamara, Katie Cassidy Rodgers and Juliana Harkavy.

Would you be up, up and… over the moon about a new Superman and Lois series?

If they only can pick one new Arrowverse show, let it be this one over Green Arrow and the Canaries,

I was "super" excited when I read about this development this afternoon. I hope they pull it off because I think Tyler is an excellent Superman.

Yeah, this is the one I've been wanting for a while, but I never thought Warner Bros. would allow a TV series built around one of DC's Big Three. Hoechlin is a great Clark and a great Superman. Given that they've just written Mehcad Brooks off of "Supergirl", I wonder if they'd transition the character/actor over to this new series.

If it moves forward, I hope it has a sufficient budget to do the character justice. The first season of "Supergirl" on CBS felt like a miniature movie every single episode. The recent seasons have felt little more ambitious than the George Reeves "Superman" when it comes to showing off her powers. Most of the flying happens between cuts.

I also hope they overhaul the suit. The current version is too overdesigned. Take the Kingdom Come Routh suit, the "S" shield from the current Hoechlin suit, and a yellow belt, and you're in business.

Todd Helbing wasn't my favorite "Flash" showrunner, but he's miles better than the current "Supergirl" showrunners. And tone and focus-wise, "The Flash" seems like the most obvious model. "Arrow" and "Batwoman" are too dark and gritty and grounded. "Supergirl" is mainly a relationship show now with some superheroics on the side. "Legends of Tomorrow" is absolutely bonkers and defies comparison. "The Flash" knows how to balance episodic supervillain A plots with ongoing interpersonal arcs.

A couple things that would set it apart: Superman operates as a solo act, whereas most of the CW superhero shows are developed around teams. "Batwoman" is also doing a good job of defying that particular template. But bigger and more impactful, this Superman and Lois are in their late thirties or early forties and will be raising one or more kids. That's a much more mature place in life than most of the CW/DCTV superheroes.

Adam Lenhardt said:
I never thought Warner Bros. would allow a TV series built around one of DC's Big Three.
Click to expand...

It may speak to how badly the theatrical division has bungled the Henry Cavill Superman projects.

Josh Steinberg said:
It may speak to how badly the theatrical division has bungled the Henry Cavill Superman projects.
Click to expand...

That's exactly what I thought. It seems DC has given up trying to make Superman relevant for movie audiences and is relegating him to television. The movies' loss is our gain!

Seems like Lois & Clark redux to me, but then again I haven't been keeping current with the CW-verse stuff.

This can only be a good thing. Introduce Superman to a new generation of kids.

I am hoping it will be more heroic action then soap opera and feeding their world views down our throats like they do on Supergirl.

And my other wish is to see TITANO The Super Ape. Supergirl is super bad. So, I have little hope for this series but being a Superman fan, I will give it a shot.

Superman & Lois Ordered to Series at The CW, as Arrow Nears Its End

Courtesy of The CW

As Arrow nears its end, the Arrowverse will at the very least hold steady at six programs, now that Superman & Lois has been officially ordered to series at The CW.

The CW announced on Tuesday that the Supergirl offshoot, headlined by Arrowverse vets Tyler Hoechlin and Elizabeth Tulloch, has been ordered to series for the 2020-21 TV season. As such, it will join the network’s superhero slate alongside the already renewed The Flash, Supergirl, Legends of Tomorrow, Batwoman and recently inducted Black Lightning.

Still to be determined: Will the backdoor Arrow spinoff pilot episode, “Green Arrow and the Canaries” (airing Tuesday, Jan. 21), also be ordered to series…? Stay tuned!

Glad to see this going to series. I hope it can inject some fresh life into the CW shows, which lately have suffered from a sameness about them.

ponset said:
And my other wish is to see TITANO The Super Ape.
Click to expand...

Rumor has it
as a result of Crisis in addition to having two sons, those sons may be teenagers
. Maybe they will pair the show with Black Lightening.

That rumor is confirmed, per Deadline.
Primetimer has a character breakdown of the remaining roles. Take it with a grain of salt, but they did reveal the names of Lois and Clark's sons correctly before Deadline reporting on the casting.

Sounds like the show will be set in Smallvile rather than Metropolis as there is no casting for anyone at the Daily Planet and most of the cast seems Smallville based. They should have made Lana's husband Pete Ross like in the comics after Crisis. Tyler Hoechlin who is 32 seems quite young to have teenage sons. I guess they are going with the explanation as to why Supergirl and Superman appear to be about the same age (which they are in real life) that people from Krypton age more slowly than Earthlings.

Based on Adam's info, I have little hope for this series. Looks like there will be more melodrama than anything else. Lois will wear the pants in the family with Superman relegated to hen pecked husband. This website which tracks scheduled filming in Vancouver and around British Columbia is showing "Superman and Lois" is scheduled to begin filming October 13 to May 1, 2021. Among other shows mentioned are Supernatural Schedule: 8/18/2020 - 9/11/2020 and Riverdale Schedule: 9/14/2020 - 5/1/2021. Information is as of August 7th,is subject to change, and is updated weekly, I believe. No mention of "The Flash", "Batwoman" or "Legends Of Tomorrow". Lots of Christmas movies on list, Hallmark and Lifetime presumably.

In Production - Creative BC 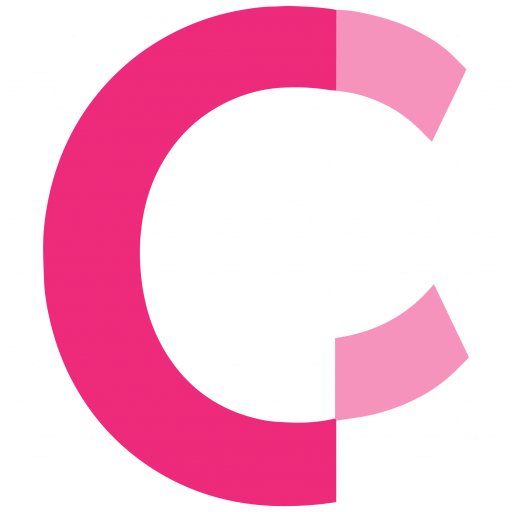 www.creativebc.com
Last edited: Aug 11, 2020
You must log in or register to reply here.