Kind of an add-on to an earlier post with a house-breaking question.

How do you train a new puppy (three month old black lab) not to bite?

They aren't vicious attack bites, just playful puppy nips, but they have real pointy teeth at this age and can really clamp down on you.

1 - Grabbing her by the scruff of her neck and shaking her (was told this is what the mother dog would do). She looks up at me afterwards with a very sneaky look in her eyes, you can just tell she's weighing the options, deciding what to do, then bites again about five seconds later.

2 - Curling her upper lip under her canines, pressing lightly til she yelps a bit. Same result, but usually lasts about 10 seconds until she tries again.

3 - Shaking an aluminum soda can with a few pennies or some gravel in it. My sister had a trainer work with her dog and got to the point where just reaching for the can stopped the bad behavior. This just seems to distract my dog, she just wants to play with the can. Doesn't grasp the "bad behavior equals annoying noise" concept yet.

Is she to young to understand? Got her to sit for her food about two weeks ago (although I still had to hold her back). Now she will sit and stay in place without my holding her back (most times) when I feed her. So she's obviously learning, at least in tiny, tiny baby steps.

Had one neighbor tell me to just ignore her, if she doesn't get any reaction from me, she'll tire of it. That's kind of hard to do when you've got very sharp puppy teeth imbedded in your bleeding wrist.

Any other suggestions for the biting or just keep trying and eventually it will sink in?

Puppies nip and bite each other as a part of playing so it is natural for them to do it. With that being said here is what has worked for me. When the puppy bites, I over react and act like it hurt really bad. The puppy doesn't want to hurt you and will get the message. He will eventually learn how much pressure he can apply with out you getting hurt. This has worked for my wife and kids with 3 puppies.

When she nips at you, give a firm stern NO in a deep voice and then get up and walk away...ignoring her for a few minutes. Repeat consistantly, and the problem will be solved relatively easily.

You could also redirect the behavior by swapping your hand for a chew toy..get her interested in the chew toy and she'll learn to bite those instead of your hands, wrist or fingers.

Keep lots of chew toys around in general so she learns to occupy herself when you're not around.

If the issue is really severe, you can use Bitter Apple spray on your hands or pants or wherever she's nipping. This will discourage some dogs and repel them, but it doesn't work with all dogs.

All the above will help....stay away from the other methods you've tried, otherwise you'll end up with a dog that fears you and you don't want that.

Both drobbins and Carl give good advice. The key is don't do anything that rewards or encourages the nipping. We used a combination of "yelping" as drobbins describes and the "NO" and walk away or redirect as Carl did. All are effective.

But I think you'll notice that until your puppy has lost all of its "baby" teeth and the new ones have come in, he'll continue to nip and chew to some degree.

Regardless, those needly puppy teeth are sharp aren't they!

The soda can with pennies was VERY effective with our Jack Russell (not for nipping but as a training tool in general). So much so that we only had to use it infrequently. We would give a command once or twice. If she ignored us, we'd give the command once more then shake the can behind our back (I've read you don't want the dog to actually see the can). She would immediately comply. After only a few times doing this, she doesn't even requrie the can anymore. 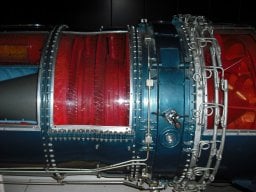 Our dog did the same thing when he was a puppy. Whenever he'd go to bite my hand, I'd say no bite in a stern voice and give him a toy to chew on. To this day whenever he gets excited he puts a toy in his mouth. Never had a problem.

I also used this yelp method. When our pom bit too hard, I would yelp loudly. This worked very quickly to teach her how hard was too hard. This is also the recommended method used by many professional trainers.

Thanks for the advice guys.

Your ideas began working almost immediately. She has already started licking and very, very softly biting instead of the painful nipping, maybe 90% of the time. Still need to continue working with her, but it's nice to finally be doing something where you can instantly see the progress. She gets it.