You and I had this conversation before, so let's just say we agree to disagree. However, seeing the continue daily growth of this forum, I don't see how this policy is killing the board. What will kill this board as far as any semblance of order in discussions is seeing 20 different threads about Harry Potter, 10 threads about Monster Inc., and another 20 different Star Wars related threads. I don't know about you but I don't want to scroll through 4-5 pages of threads each day in the Movies section and that's not taking in account the time invested in monitoring those threads.

I fully agree with the original poster AND with Mr. Crawford. If I'm not interested in the latest movie, I don't want to see millions of posts about it. But likewise, if I'm only interested in one small aspect of a movie... such as the latest Monsters Inc trailer before Potter, then I don't want to scroll through pages and pages of a long unending thread to find just a few posts about that topic. Likewise if I'm asking a question about a movie, its much easier to see if I get a reply if it has its own topic, and isn't buried amid a huge pile of other conversations.
Thus I come to the point of my post. If possible to implement, it would seem to me that a MUCH better policy is to create a new layer of sub-forum's in the movie section, one dedicated to each movie as it comes about. Scanning topic headers is much easier than reading a long forum thread. Thus viewers can easily ignore movies they have no interest in and avoid the many different branches of topics can be created for a given show. However those interested in specific topics can find such information much more easily if its in its own thread.
This also would allow interesting topics to be moved to a new sub-forum once critical mass was realized, rather than simply closed because they can't be merged with an existing thread. This is important, because following several of the closed conversations, I noticed that many of them were never picked up again in the "official" thread. Thus the closing served to basically stiffle the discussion rather than encourage it, which I'm sure the administrators don't intend.
Ideally it would be nice to have these spontaneous movie sub-forums intermingled with the normal movie topic traffic, so that as time passes they fade away as normal messages do.
Is any of this possible with the forum software?
Click to expand...

Expand signature
They found my psych results fit a certain profile. A certain "Moral flexibility" would be the best way to describe it.... 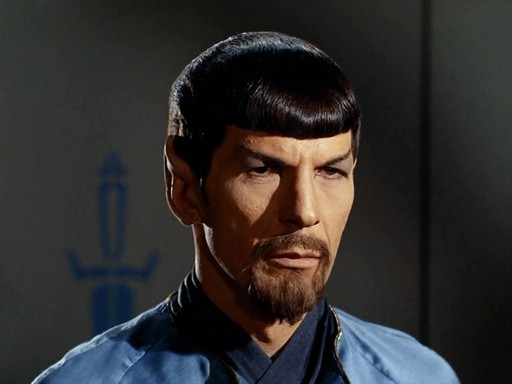 Nice idea, Danny!
I too, find myself unwilling to wade through a multi-page thread about a movie or DVD of interest just to glean a few nuggets of info.
So, do we know if vBulletin can do something like this? Danny's suggestion appears to incorporate the needs of both moderators and members, although the individual threads in the subsections would still have to be monitored.
How do the mods feel about this?
------------------
"What is best in life?"
"To crush your enemies, see them driven before you, and to hear the lamentation of their women..."

Roykirk's DVD Collection
Expand signature
"I was thinking of the immortal words of Socrates, who said: 'I drank what?!'"

This sounds unecessarily complicated. Possibly it would be enough to have a 'current blockbusters' or somesuch forum where the big movies could be discussed with loads of threads, and older movies and less mainstream stuff could be kept in the movies bit.
Fundamentally it's probably not worth making much of a change. This is not really a cinema forum so it's maybe a bit much to ask for that level of work from the mods.
Possibly the only quick way is to have a new Movie section and split it up by film genre or something.
------------------
My band is @ http://www.mokita.net
My Novelty Coasters
Expand signature
I Shot the Deputy

Below is my complete response to a member's comments regarding "official thread" policy in the Movies Section but I want to clarify one point! Due to the new VB software that the forum is switching over to on November 19th, the ability to merge threads as well as other administrative options available to the moderators will offer more flexibility to merge and then have multiple threads with specific discussion topics regarding a certain film. However, this doesn't mean having 8-10 different discussion type threads about a particular film is acceptable but maintaining 3-4 different discussion threads could be a possibility. Furthermore, this might mean alot of administrative work but I'm willing to play around with the new software options to see if it's feasible to do so without creating a bunch of work that can overcome the Moderating Staff. Maybe, some of the other moderators will offer some alternative solutions but no matter what, we'll see how things work out.
Crawdaddy
[/quote]The "official thread" policy is killing this bulletin board. How can anyone expect to wade through 146 posts to see if any of the 20 different issues that could be discussed about Potter are being discussed in that thread? And given the way these threads are structured, how can people interested in a particular one reasonably converse?[/quote]
Steve,
You and I had this conversation before, so let's just say we agree to disagree. However, seeing the continue daily growth of this forum, I don't see how this policy is killing the board. What will kill this board as far as any semblance of order in discussions is seeing 20 different threads about Harry Potter, 10 threads about Monster Inc., and another 20 different Star Wars related threads. I don't know about you but I don't want to scroll through 4-5 pages of threads each day in the Movies section and that's not taking in account the time invested in monitoring those threads.
Right now, if I'm personally not interested in Harry Potter then the most threads I have to scroll past are two threads. Sure, there are instances that I would like to leave a thread open that deserve to be seperate from the main discussion thread. But, how do you make such a determination that would be accepted by the membership without being accused by some of favoritism? Some people have a tendency to take their thread closures as a personal affront to them which it's not but just a method of trying to manage the board. However, starting on Monday, the option of merging threads instead of thread closures is an option that will be available with the VB software switch. Furthermore, regarding Star Wars as we get closer to the new film's release we might be exploring the option of have a seperate section for Star Wars related discussion. Of course, if that option ever came to fruition then that section will only be activated for a short period of time.
------------------
Peter Staddon: "I didn't say you can put 'Monkeybone' back!"
Expand signature
Crawdaddy's favorite "The Mandalorian" Quotes: "This is the Way" and "I have Spoken"

Danny,
While I appreciate your suggestion I doubt that we start up new subcategories in the Movies or Software areas just to cover a particular title. This is something that Ron and I can talk about though and go from there.
Parker
Expand signature
"I tried to get my medical records from the company but they say they
are confidential and can only be released to other insurance companies,
pharmaceutical reps, suppliers of medical equipment and for some
reason the RNC."

Though I appreciate the suggestion and understand
why you feel the need for subcategories, the
answer is NO.
The reason is obvious....
It would be an incredible amount of work to
create new subcategories every time a new film
comes out.
To top that off, subcategories would have
to be deleted after the movie is gone. What
happens to all those threads in that category?
While it's a neat idea, the problem remains that
this is just too large of an effort to maintain.
------------------

The reason is obvious....

Heh heh... Obvious to you perhaps since you know how this software works on the admin level, but not to me.

It would be an incredible amount of work to create new subcategories every time a new film comes out.

Basically what I was asking was if a new subforum could be created with the ease of a new post; then there is hardly any hassle at all. The first poster about a movie creates a movie subforum, and subsequent topics about that movie are created within or moved there. No more work for admins than exists now in closing threads and telling them to move to the "official" thread.

However from your answer, I take it that the easy creation of subforums is NOT something that is supported by this or the older software. Tis a shame.

To top that off, subcategories would have to be deleted after the movie is gone. What happens to all those threads in that category?

Well, the way I invisioned it, they would simply expire as time passed, same as old topics do now. I was thinking that at the top movie level, a subforum would look little different from a regular new topic post. If only two threads in a movie subforum was regularly posted to, then that subforum would exist while it was still current and others topics within it would slowly vanish from sight. Once interest in that particularly movie waned, the whole subforum would vanish.

I don't know if automatic deletion of old topics is automatic, or something you admins do manually though.

Thanks for the replies though. Perhaps this can be reconsidered if ever the software supports it.
Expand signature
They found my psych results fit a certain profile. A certain "Moral flexibility" would be the best way to describe it....

Since I was sort of one of the instigators for this, let me chime in here with maybe a workable solution.
How about one new folder a month? Movies 12/01 could be started on the first, and any movie posts would go in there. Every month create a new one - either that or archive the last months posts into a folder that would be at the bottom of the current movie list.
Note - I did (well, I still do) have a minor problem with the TPM disk, and although this would go into 'software', one 'official software discussion' and another 'official software problem' post would make me happy!

How about this. Don't automatically create a sub-forum for every movie that comes out, but if you see that a movie has 20-15 threads, create one for it, and then move them there. When the discussion has died down, you could move the threads back, and then delete the sub-forum.

By the way, if anyone want's to discuss Potter, mugglenetforums.com is the place to be. I will be converting from ezboard to vBulletin this afternoon.
Expand signature
My UltraViolet Collection