John Skoda said:
I never saw this film until home video, but the one thing I do remember about it is watching something about it on Disney's TV show, and at that point (it must have been early on in the process) they were promoting the fact that Hayley Mills was going to provide the voice of the female lead. I've never seen anything else about this, and now I'm wondering if memory is playing tricks on me. Does anyone else remember this?
Click to expand...

I have a copy of that and I still wonder and I am disappointed that they didn't have her follow through with it as I am a big fan!
R

I’ve always wondered how much Hayley Mills recorded for Eilonwy before they decided to replace her with Susan Sheridan, and if Disney still has whatever recordings she made (I’ve read Lloyd Alexander personally wanted Olivia Hussey for Eilonwy, which could have been good).

richardburton84 said:
I’ve always wondered how much Hayley Mills recorded for Eilonwy before they decided to replace her with Susan Sheridan, and if Disney still has whatever recordings she made (I’ve read Lloyd Alexander personally wanted Olivia Hussey for Eilonwy, which could have been good).
Click to expand...

Yeah, but I swear I saw Olivia die in some movie that came out before this one ... !
R

And I’ve seen her live in another movie (or rather miniseries) made prior to The Black Cauldron. In all seriousness, if Romeo and Juliet is the film you’re referring to, her performance in that film is one of the reasons Olivia might have been a good fit for the more vibrant personality Eilonwy has in the books, something that is only fleetingly glimpsed in the film as released.

richardburton84 said:
That’s definitely the case for this particular film, as my previous post implied. I liked The Black Cauldron when I first saw it (even without knowing anything about the edits made to the film), but my appreciation for the film went down considerably once I read the books and realized how much Disney bowdlerized them.
Click to expand...

How is this different from the majority of Disney adaptations up to that point?


Arthur Powell said:
I don't think that she was implying necessarily that one is inferior to the other, but for the purposes of a book report, don't rely on the movie. In other words, don't pull a Beaver Cleaver You are right though in that you can't expect a 90 minute film to capture every iota of the source material. Ultimately, while it's inevitable for the film to be compared to the book, it should really be judged on its own merits.
Click to expand...

This is the one time the dog actually ate their homework. It's not even a complete version of itself, and it's unknown whether that is even possible.
Last edited: Jun 7, 2021

Disney made The Black Cauldron work for their needs. Well, you can debate whether the movie worked or not. Certainly I think it did creatively because I liked it, but it didn't work financially and it is not one of their more popular films. But I mean, Disney has a history of adapting stories to fit their needs. They've been doing that for years, before and after The Black Cauldron.

Being a good movie and being a good adaptation of the source material are not the same criteria. It can be both or it can be neither, depending on your opinion.

I remember I had the first book in my possession once -- maybe I checked it out of the library -- but I don't remember if I finished it. I do know I like the movie. If I read the books in the future, I'm sure I will still like the movie, because I came to it as its own thing. It might not be a good adaptation of the source material but that wouldn't lessen my affection for something that, for me, was experienced for the first time completely independent of the source material.

It is also likely that the movie has brought people to the books. I don't think I knew what the books were before I saw the movie. That isn't saying much since I have no memory of reading them. But I'm aware the books exist because the movie exists. So even if fans of the book feel that the movie misrepresents what they like, that's useful. I might very well read them at some point. The idea has crossed my mind again recently due to this thread and rewatching the film on Blu-ray, but I have some other books I'm already reading that are farther ahead in the line.

Disney (re?)-acquired the film rights to the books in 2016. So maybe something will come of that and fans of the books will get a closer adaptation next time. It's weird that there has been no news about this new project in five years, but you never know. Disney has been developing a sequel to Enchanted, which came out 13 years ago, for so long that I was beginning to think it wouldn't happen, but they're actually filming it right now in Ireland. So you never know when something will emerge from development hell ready to go in front of cameras. Maybe The Chronicles of Prydain will be next. 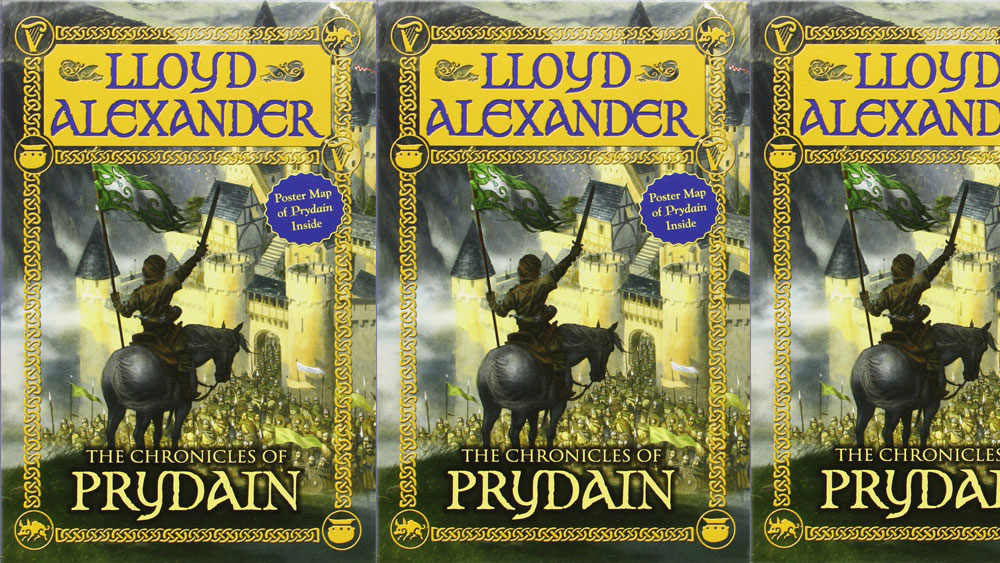 ‘Chronicles of Prydain’ Movie in the Works at Disney (EXCLUSIVE)

Disney has acquired movie rights to the fantasy series “The Chronicles of Prydain” and is in early development on the project, Variety has learned. The five novels by Lloyd Alexander, b…

The unavailability of the film meant it was years before I noticed the similarities between Gummi Bears' Cavin and Calla and this film's Taran and Eilonwy. That show was also set in a Welsh-sounding kingdom called Dunwyn.

If you want my theory, its that the slew of rewrites between 1980 (when this episode of WWOD was made) and 1984 probably forced Disney to toss Mills' recordings in favor of Trillian.
You must log in or register to reply here.