Name of the raven in Edgar Allen Poe's "The Raven"

Ok, my parents have a difference of opinion. Does the raven in Poe's poem "The Raven" have a name? I seem to think that its Nevermore. But after second thoughts I'm not so sure that its got a name at all.
What do you all think?
------------------
Michael Alletto
Mike's DVD List

"...Tell me what thy lordly name is on the Night's Plutonian shore!"
Quoth the Raven, "Nevermore."

I'm not a very poetic sort, but I take it he's describing a bird which can speak (fairly common in my household) and answers all of his questions (be they probing, desperate or simply "What's your name, birdy?") with a one word answer, i.e. "Nevermore."
Click to expand...

If he was anything like my birds, I'd wager he was being a smartass.

Hrm...
quote:
"...Tell me what thy lordly name is on the Night's Plutonian shore!"
Quoth the Raven, "Nevermore."
[/quote]
never thought about it. But if nevermore meant never again, I wouldn't interpret that as a response to his question, so I'd say no it didn't have a name.
the REAL mystery is, where did Poe go?

I think he died and was found dead and sold for medical experiementation. (at least that's a theory I've heard)
[Edited last by Philip_G on September 10, 2001 at 11:52 PM]

the REAL mystery is, where did Poe go?

So the raven's name isn't Quoth then?

Poe went insane (and died) due to rabies. That's what recent research has revealed anyway, and they are quite confident.
... and the Baltimore Raven's are named after the poem (Poe being a resident of the city.)
[Edited last by Bill Slack on September 11, 2001 at 04:41 PM]

Poe went insane (and died) due to rabies. That's what recent research has revealed anyway, and they are quite confident.

but where's the body? I thought it had never been found?
Click to expand... 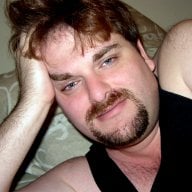 Edgar Allen Poe's grave is about a block away from The University of Maryland. He died on October 7, 1849. It is now believed he died from rabies because eyewitness accounts of his behaior right before he died seem to indicate that. The story about his disappearing is an urban legend. There is another story (probably an urban legend also) that everyday since his death (either on his birthday or on the day he died) some mysterious figure visits his grave and leaves a bottle of whiskey (or maybe some other form of alcohol). People say they have seen him there but nobody knows who he is.
Just thought I'd share that info with those interested.
Russ Felton

so my whatever grade English teacher mis-informed us?!?!?
AAAAAAAARGH remind me never to listen to those pesky teachers again